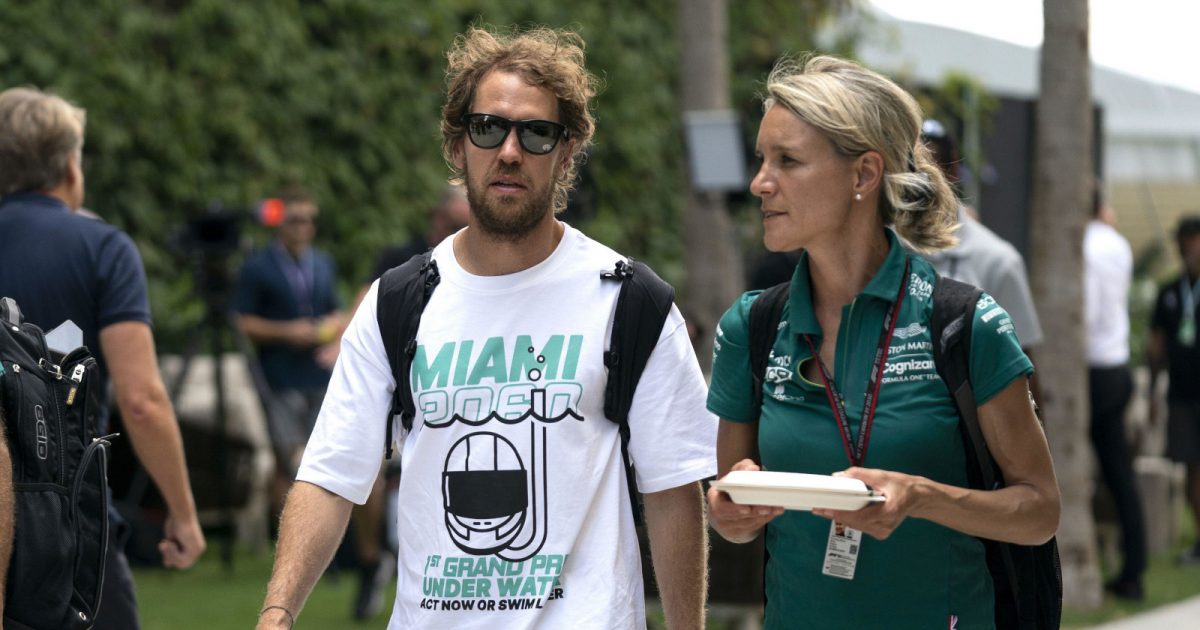 Many raised their eyebrows or rolled their eyes when Sebastian Vettel’s Question Time appearance was announced – he proved them all wrong.

In the past couple of years, the German has become much more vocal about non-racing matters that he’s passionate about such as protecting LQBTQ rights and tackling the climate crisis.

He has gone up in the estimations of many as a result, being praised for using his platform to draw attention to and support such causes.

However, others, both in and outside the world of Formula 1, have criticised the Aston Martin man for his ever-increasing activism and so were not best pleased when it was announced that he would be on Question Time, a British political show where a selection of panellists answer questions asked by a live audience.

However, he not only survived, disproving claims that he’d be way out of his depth, but thrived on his debut.

🚨🚨Fiona Bruce – ‘Want to tell you where we're going to be next week. We will be in Hackney in London where we will be joined by Champion Formula 1 driver Sebastian Vettel’

Vettel’s invitation onto the show would have at best confused and at worst angered most of those who don’t follow F1 and thus know little about him other than his profession.

After all, he is a wealthy German superstar that travels the world driving fast cars for a living; what place does he have on such a show? What valuable contributions can he make to the discussions? As it turns out, lots.

He was eloquent and engaging throughout the show, highly knowledgeable about most of the topics presented to him and fully admitting when that wasn’t the case, being careful not to give opinions on things he didn’t know a great deal about.

Such knowledge was clear to see when the climate was discussed; rather than make vague comments about how the world needs to tackle global warming, he was clear and in-depth about what he believes needs to be done going forward, offering specific solutions.

“We need to stop being dependent [on fossil fuels], and we can, because there are solutions in place,” he said.

“You know, in Britain, you have this sort of goldmine you’re sitting on, which is wind, and you have the ability to increase your energy supply with wind power, solar.

“Every country has its strengths and weaknesses. If you go to Austria, they have the Alps and they have water, they can pump it up, store it, take it back down.”

Throughout the last few years, some have called for him to stick to Formula 1 because, apparently, as an F1 driver that’s the only thing he could possibly know anything about.

It was never a particularly strong argument in the first place, but he has well and truly proved disproved it now.

Far fairer criticisms that have been thrown at him than a lack of knowledge are ones of hypocrisy, and he didn’t duck away from such accusations when faced with them on Thursday night.

Seb Vettel on BBC #QuestionTime just now: articulate, honest, engaging, wise. I’m well chuffed, but not at all surprised. I knew how good he’d be. #BBCQTpic.twitter.com/ZOSMFwnFEV

When host Fiona Bruce asked him if what he did for a living made him a hypocrite, rather than dance around the question or deny the allegation, he gave a refreshingly honest and direct answer.

“You’re right when you laugh because there’s questions I ask myself every day. I’m not a saint. It’s something that I’m asking myself.”

“Yeah,” he added when asked if he was referring to whether he should be an F1 driver, “and travelling the world.”

“When I get out of the car, of course, I’m thinking as well if this is something we should do, travelling the world, wasting resources.”

Many will say that if he doesn’t like the fact that the sport damages the environment, he should just go ahead and leave it, and he may well bring his driving days to an end sooner rather than later.

However, as shown by his passionate defence of it immediately after the above comments, in which he outlined its importance in society, he clearly cares for F1 too much to turn his back on it altogether.

After all, while he’s a driver, he’s also a fan; while it’s his job, it’s also his hobby. This is a man who was able to name every single season’s title-winning driver – nobody loves it more than him.

That love and his desire to tackle the climate crisis have him caught between a rock and a hard place, where he’s subjected to criticism from both sides.

The quick and obvious solution to that predicament would be to walk away from F1, but it’s clear that, instead of just taking the easy way out, he’d rather remain in such a difficult position and try to help the sport become more environmentally friendly.

It will undoubtedly have to do so going forward, and in Vettel, with the knowledge and passion he has, it couldn’t wish for a better helping hand, and a better ambassador.