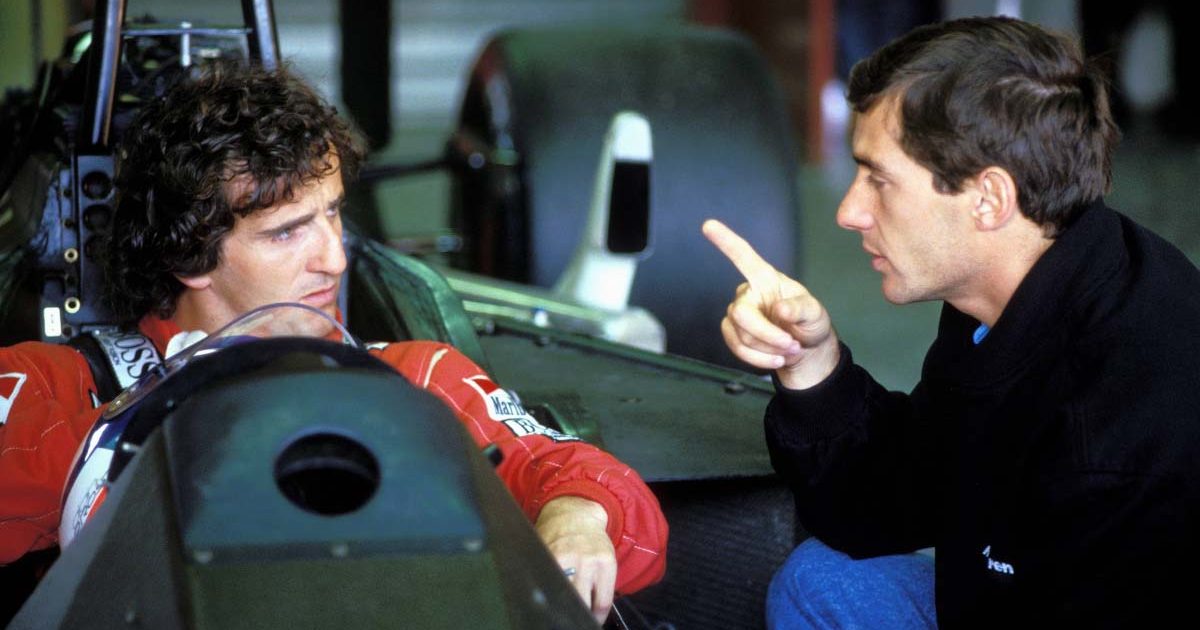 With two feuding team-mates continuing at Haas in 2022, here is a look at some other relationships between F1 drivers that broke down completely.

Where else can you start in a piece like this?

Probably Formula 1’s most famous in-team rivalry was when the two heavyweights went up against each other at an all-conquering McLaren team in the late 1980s.

The dominance of the car and the drivers became abundantly clear by the fact they won 15 of the 16 races in 1988, with Senna securing his first title by taking eight victories to Prost’s seven – and the animosity between the pair would only grow heading into the following year.

A war of words escalated between the two World Champions, and the most controversial moment between them came at the 1989 Japanese Grand Prix where they collided while fighting for the race win and World Championship. While Senna was able to get going again and win the race on track, he was later disqualified – handing the title to Prost in acrimonious circumstances.

Prost then quickly departed for Ferrari and said at the time: “To be honest, I’m quite happy to leave because I think it becomes absolutely impossible to work with Ayrton.”

When the Frenchman signed for the then-dominant Williams team for 1993 after a sabbatical, Senna labelled Prost a “coward” when it emerged he had a veto on whether or not the Brazilian could join the team.

The two would eventually go on and resolve their differences by the time Prost retired, but their time together on track was filled with contentious moments.

This Ferrari rivalry was not only one of the most intense in Formula 1, but one that ultimately ended in tragedy.

Villeneuve initially got on well with team-mate Pironi after he was welcomed to the team, but one incident on track ultimately saw the Canadian vow he would never speak to the Italian again.

Due to two Renault retirements at the 1982 San Marino Grand Prix, Villeneuve and Pironi found themselves comfortably ahead of the rest of the field.

Because of this enormous advantage, Ferrari ordered both drivers to slow their pace to make sure of the win, with Villeneuve leading.

However, the two swapped positions on several occasions with Pironi believing he had the right to overtake his team-mate, and Villeneuve fuming afterwards he thought the team had told them to not battle each other.

Ultimately, Pironi overtook his team-mate on the final lap to take victory, leaving Villeneuve furious and feeling their relationship was irreparable.

Two weeks later at Zolder though, tragedy struck. Villeneuve was looking to go faster than his team-mate in qualifying and suffered an enormous accident when trying to pass Jochen Mass, who was on a slow lap. He flew off the track and the impact killed Villeneuve, leading people to speculate whether he was trying to improve his lap time or just aiming to go faster than his team-mate.

Opinion is split on the issue to this day, but Alain Prost is quoted as saying of the accident: “The week before he died, Gilles called me several times and all the time he was talking about Pironi. He was so angry, I couldn’t believe it. When the accident happened, I knew exactly why.” 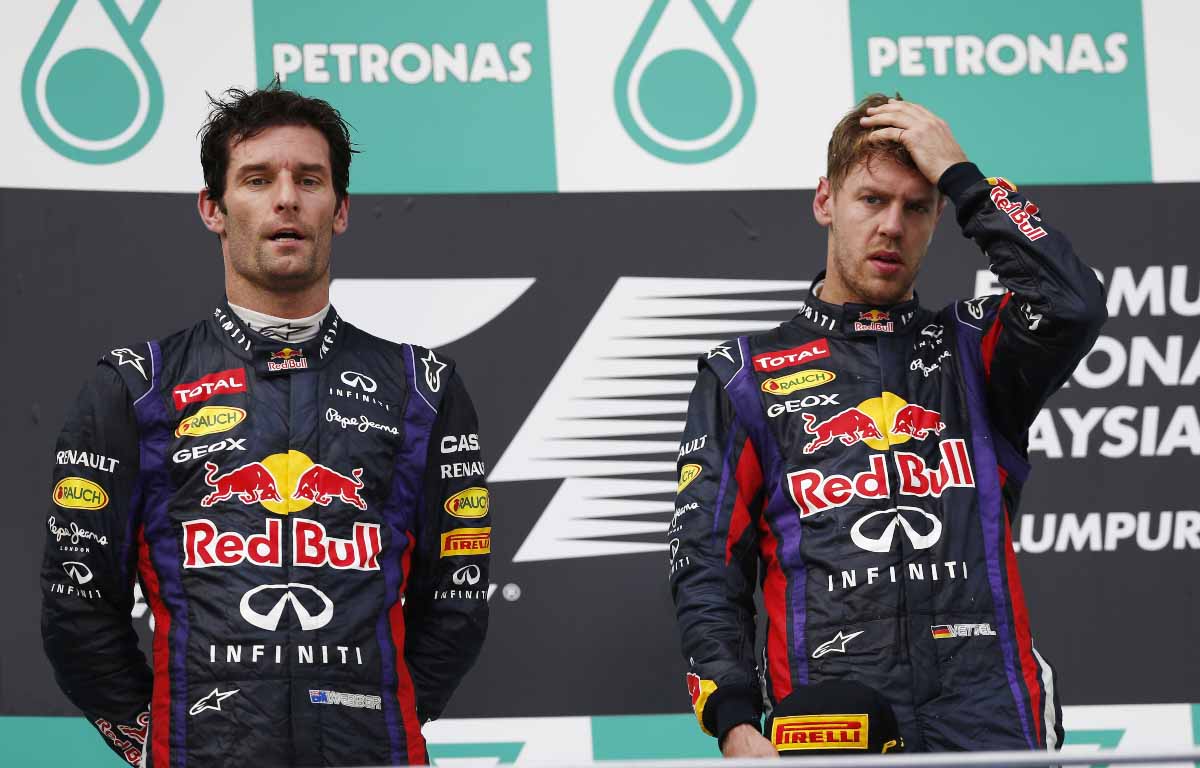 Vettel and Webber’s relationship got off on the wrong foot before they were team-mates when the German, driving a Toro Rosso, piled into the back of the Red Bull driver at the 2007 Japanese Grand Prix at Fuji.

Webber gave a withering assessment afterwards, saying: “That’s just kids, isn’t it? Kids with not enough experience to do the job, then they f*** it all up.”

Both ended up in title contention at Red Bull in 2010 and a clash in Turkey that season was a big catalyst behind the fall-out between the pair.

Their close competition for the next few seasons combined with Webber’s accusations of the team favouring Vettel – “not bad for a number two driver” springs to mind after the Australian won at Silverstone – and their most infamous moment came in their final season together at Red Bull.

Webber rose from P5 on the grid to lead the 2013 Malaysian Grand Prix and Vettel was told to hold station behind his team-mate by being given the coded radio message of ‘multi 21’, which entitled the Australian to stay in front.

The then three-time World Champion ignored the message, however, initiating an intense battle against his team-mate and eventually coming out on top.

An infuriated Webber scythed across the front of Vettel’s car as he crossed the line, vented his anger at the German afterwards and publicly discussed his frustration on the podium at his team-mate and Red Bull themselves, saying: “In the end, Seb made his own decisions today and will have protection as usual, and that’s the way it goes.” 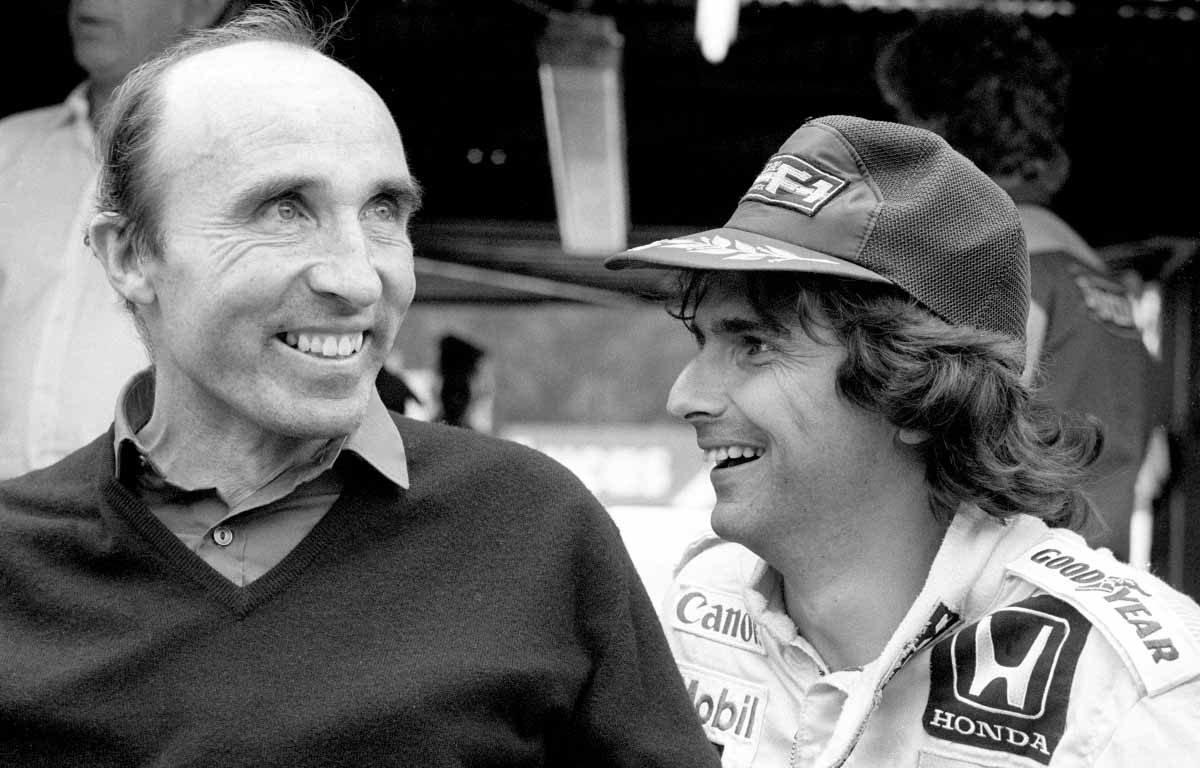 Already on-track rivals before they were team-mates, Piquet’s arrival alongside Mansell at Williams was a mouth-watering prospect for Formula 1 fans – and their pairing did not disappoint.

Piquet arrived at the team under the impression he would be Williams’ number one driver, but Mansell went with him as they both challenged for the World Championship in 1986. The season-ending Australian Grand Prix saw Mansell go into the race as hot favourite for the title, but a “colossal” (as described by Murray Walker) tyre failure saw his chances scuppered for that year, and Prost went on to snatch the title from Piquet’s grasp.

The next year was a similar story as Williams developed the best car in the field and left a battle between the feuding team-mates for the title in 1987.

The season ultimately ended in Piquet’s favour after Mansell’s crash in Japan left him unable to start the final two races, but there was certainly no love lost between the pair as the year progressed – leaving the Brazilian to join Lotus ahead of the 1988 campaign. 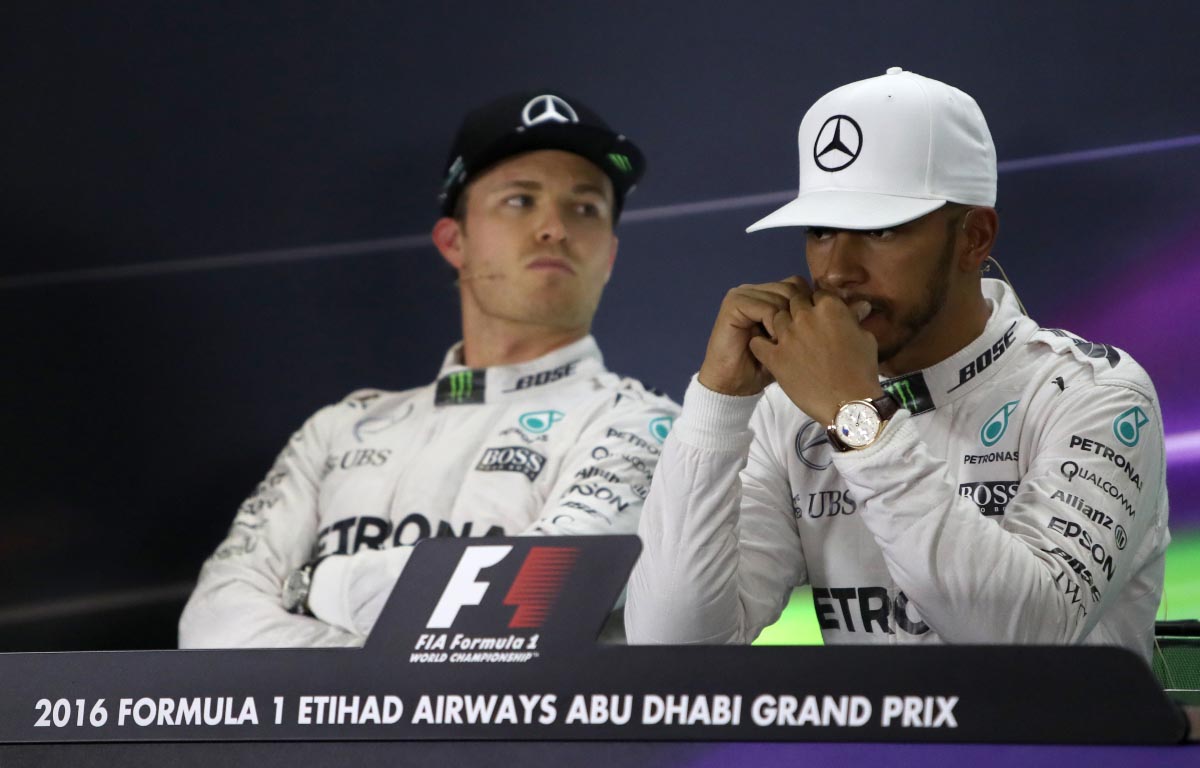 Hamilton and Rosberg had known and raced against each other going all the way back to childhood, but their relationship gradually deteriorated as they fought successive World Championship battles at the start of the turbo hybrid era.

Several controversial moments punctuated the decline in their rapport together, such as in qualifying at Monaco in 2014 when Rosberg went off-track when he was on provisional pole, which Hamilton felt was a deliberate move.

They also collided at Spa that season as Hamilton suffered a puncture at Les Combes when Rosberg’s front wing tagged his team-mate’s wheel.

The Briton claimed the 2015 title with three races to spare in Austin, but Rosberg famously threw his cap at his team-mate in the cooldown room before the podium ceremony with the German angered after Hamilton had forced him wide at the start in wet conditions.

But by 2016, all bets were off in the team as both drivers were out for themselves. A big crash between the two at the Spanish Grand Prix was then followed by a tense battle throughout the year which saw Rosberg leading the standings at the final race in Abu Dhabi.

Hamilton had deliberately defied team orders to try and back Rosberg into the chasing pack, but the German ultimately prevailed and promptly retired days afterwards.

The animosity between the two clearly has not abated either, as Hamilton flagrantly ignored Rosberg when the former driver was broadcasting a grid walk at Zandvoort. 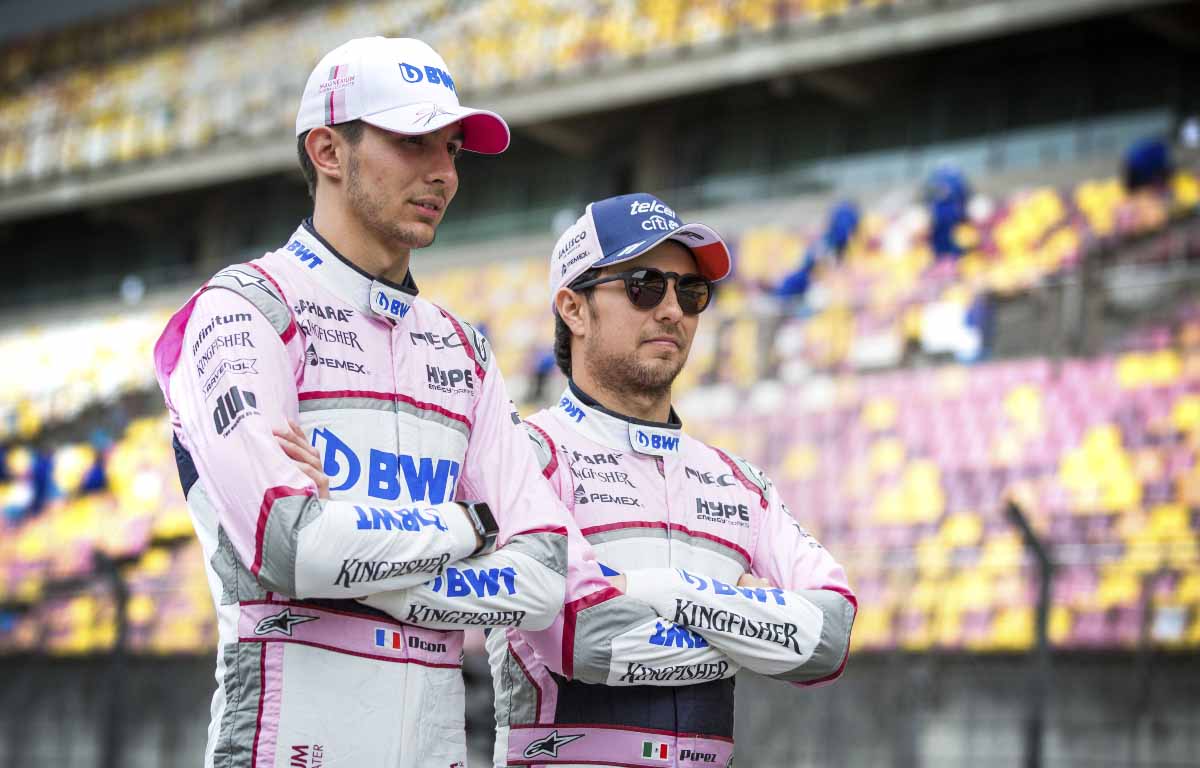 While Ocon and Perez were not competing for race victories in their time together, several collisions between the two led to a breakdown in trust not just between themselves but also from the team.

Driving for Force India, which later became Racing Point, the 2017 season saw the Mexican and Frenchman come together on multiple occasions – notably tagging wheels on the first lap in Baku and damaging both cars, with Perez eventually retiring from the race.

Another piece of contact in Hungary was followed by two scary moments at Spa, where the drivers banged wheels again driving at full pelt towards Eau Rouge as Ocon clipped the wall. It later happened again in almost identical circumstances, with Perez shutting the door on his team-mate and ending with both cars sustaining damage.

Such was the loss of points for the team, Ocon and Perez were banned from ever racing each other hard again in their time together, before the Frenchman was moved aside at the end of 2018 in favour of Lance Stroll. 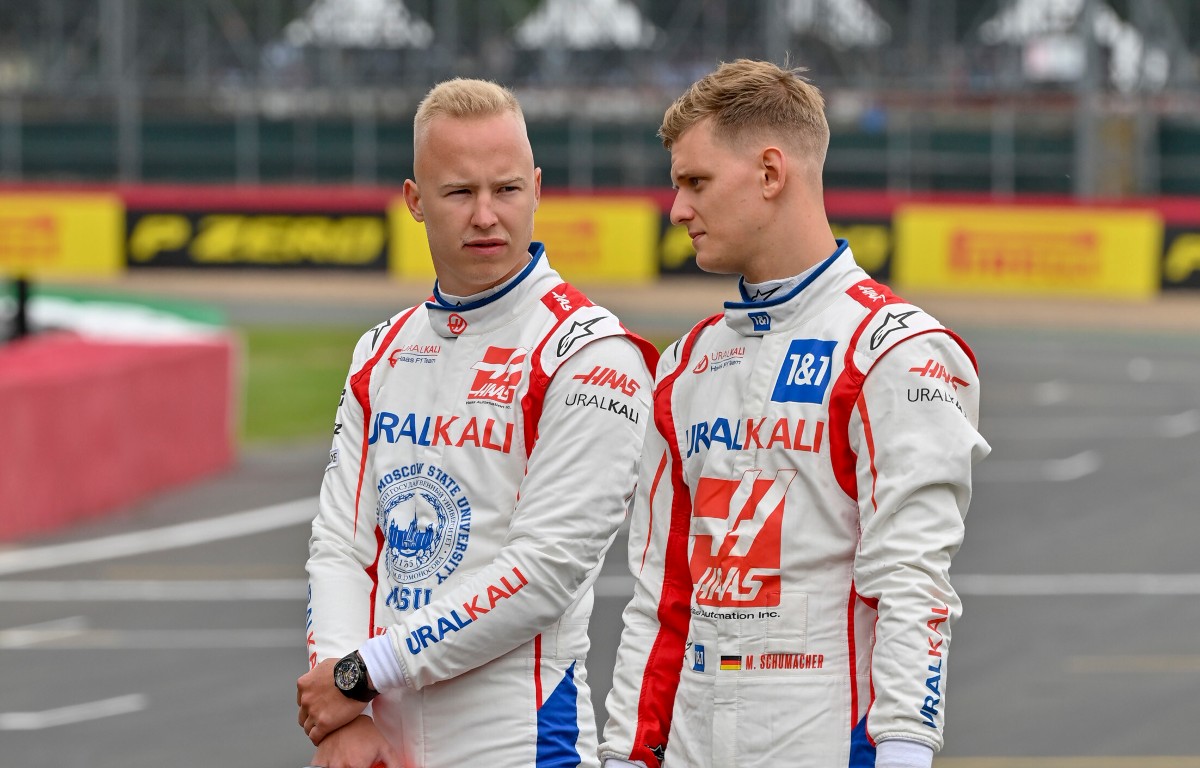 Formula 1’s current intra-team rivalry of choice comes at the back of the grid at Haas, with Mazepin and Schumacher openly showing hostility towards each other as they mainly race among themselves this season.

Despite their clashes on track and poor performance of the car overall, Haas have opted to keep both drivers on for the 2022 season – not that the Russian expects their relationship to smooth out over time.

Mazepin told the Beyond The Grid podcast: “I think it’s just two young drivers who are willing to get to the top of Formula 1 and who have been put in a difficult position where, realistically, as the year goes on, more and more we can fight with each other only.

“I don’t know how many years we’ve got left together, but I don’t think it will be a smooth ride.”