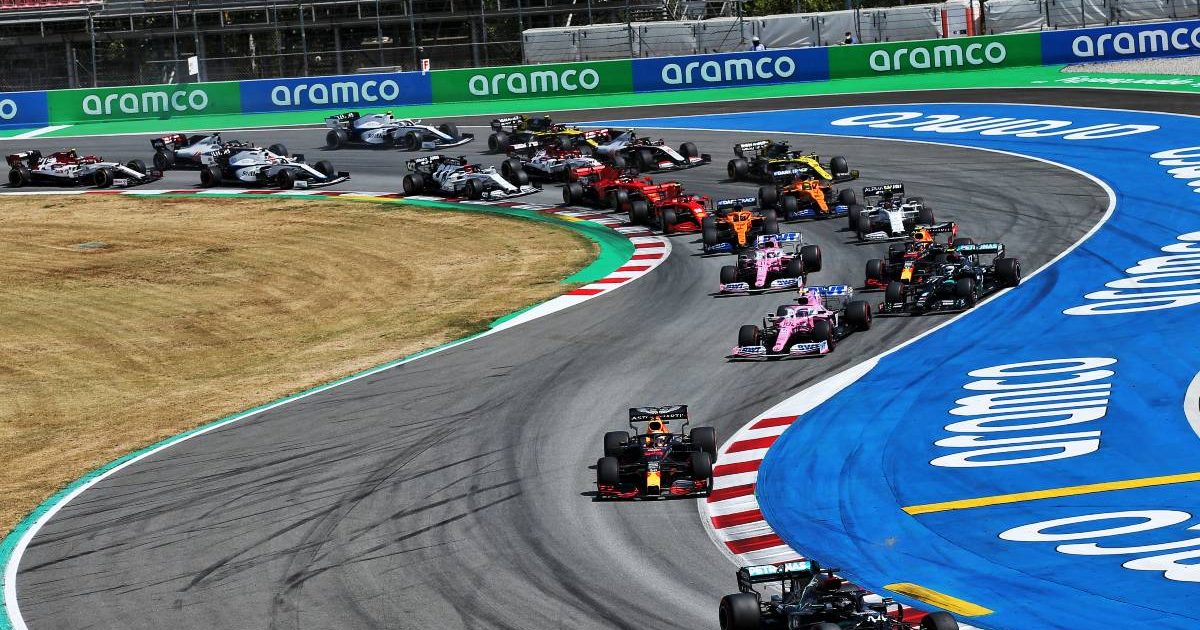 After a stop-start opening to the season, especially compared to a hectic 2020, this year’s first F1 double-header is completed by the Spanish Grand Prix.

Comparatively easy logistically to move on from neighbouring Portugal in the space of a few days, the Circuit de Catalunya just outside Barcelona stages round four of the campaign.

So far, the season has been all about Mercedes v Red Bull and more specifically, Lewis Hamilton v Max Verstappen. The duo have been trading blow for blow, with Verstappen’s victory at Imola sandwiched in between wins for Hamilton in Bahrain and Portugal.

As a result, the seven-time World Champion holds an eight-point lead over the Dutchman in the Drivers’ standings, with the rest having been fighting for scraps up to now – third place, for Valtteri Bottas twice and Lando Norris, is the best anyone else has achieved to date in 2021.

Where does the 2021 Spanish Grand Prix take place? 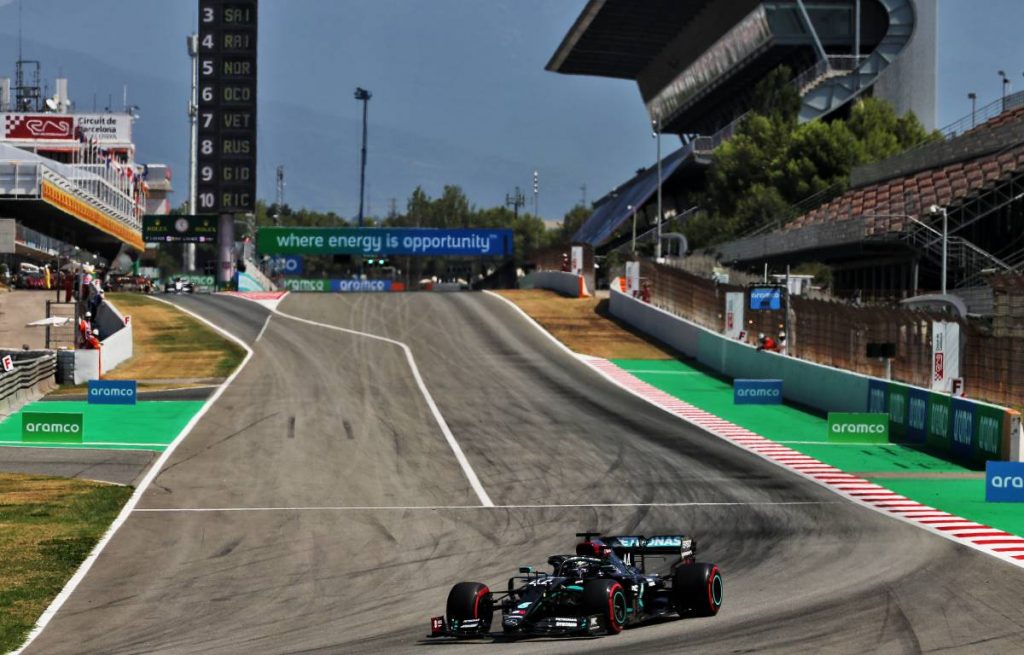 The Circuit de Catalunya is situated 20 kilometres north east of Barcelona, a modern circuit but also one with character. There are a variety of corners, a short straight and a long pits straight.

The circuit opened in 1991, when it hosted the Spanish Grand Prix for the first time, and the following year it staged cycling during the Barcelona Olympic Games.

As official Formula 1 testing usually takes place there during the winter – although it was moved to Bahrain this year – the drivers are very accustomed to what this track can throw at them.

Demanding fast corners, mixed together with a very technical final sector, ensure power and precision are tested at all times. Sunday’s race will be held over 66 laps of the 4.675km circuit.

A new lap record will be set this year due to modifications having taken place since the latest F1 race there last August. The work has taken place at the end of the shorter straight entering the technical final sector at Turns 10 and 11, reducing the sharpness of the angle and building in a greater run-off area to aid safety.

A circuit that does not always generate the most exciting racing, Barcelona’s future on the F1 schedule remains uncertain due to only having a contract for this year and the inclusion of the new Miami Grand Prix from 2022 – which is being rumoured to take Spain’s place.

Directions to the Spanish Grand Prix

It has just been announced that 1,000 fans will be allowed entry in to the race after restrictions relating to the health pandemic were eased.

A ballot among members of the Circuit de Catalunya will determine who are the lucky ones to receive tickets.

If you, or anyone you know, is among them, then the circuit is handily placed for arrivals by air to Barcelona El Prat de Lloregat airport. The circuit is 20km (12 miles) north east of the city on the A7 Autoroute. Leave at junction 13, the Granollers turn-off.

If you want to travel by rail to the circuit, the Montmelo station on the Barcelona line is less than a mile away.

Where can I watch the 2021 Spanish Grand Prix?

F1 TV Pro viewers can watch all the live action from Barcelona. Please check to see if F1 TV Pro is available in your country.

The Spanish Grand Prix will be shown live on TV on the following outlets in other key markets:

What is the starting grid for the 2021 Spanish Grand Prix?

Lewis Hamilton made history on Saturday, becoming the first Formula 1 driver ever to reach triple figures with pole positions. But, he has a fight on his hands still with Max Verstappen joining him on the front row in Spain.

What are the odds for the 2021 Spanish Grand Prix?

Latest bookmaker information shows Lewis Hamilton is favourite to make it three wins out of four this season and a 98th of his F1 career as he closes in on a remarkable century of successes.

What is the weather forecast for the 2021 Spanish Grand Prix? 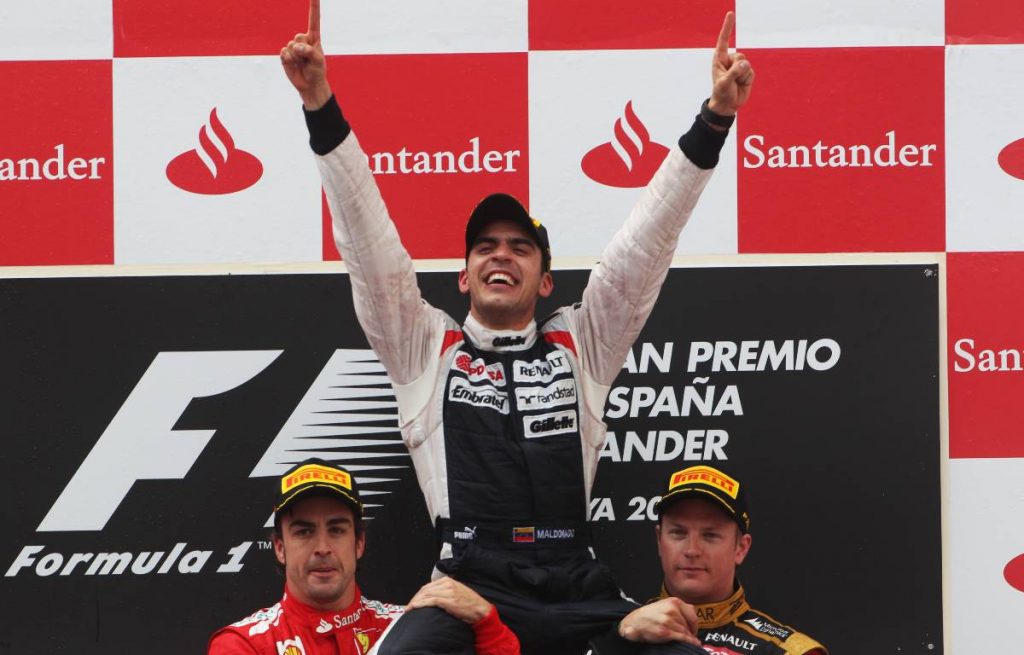 Lewis Hamilton is seeking a fifth consecutive victory in Barcelona and sixth in all, while this venue was also the scene of Max Verstappen’s first ever F1 success.

Remarkably, the Dutchman triumphed on his debut for Red Bull from P4 on the grid and in doing so, became F1’s youngest ever race winner aged just 18 years and 228 days.

But alongside those big names, and World Champions such as Nico Rosberg, Fernando Alonso and Sebastian Vettel, sits a highly unusual one – that of Pastor Maldonado.

The Venezuelan enjoyed the greatest moment of his career in 2012, starting from pole position in his Williams after Hamilton was put to the back of the grid for a fuel infringement and going on to claim not just his sole F1 win but also his only podium in five full seasons.

The last 10 winners of the Spanish Grand Prix are as follows:

Some drivers thought Pirelli had been too conservative with their choice of compounds for the Portuguese Grand Prix due to the lack of degradation caused by the smooth surface, but it’s the same three again for Barcelona.

They are the three hardest on the range – C1, C2 and C3 – and there may be some who suggest Pirelli could have been a touch bolder because the track temperature in early May will be somewhat cooler than last August when the 2020 Spanish GP took place.

On that occasion, there was no repeat of the punctures that had occurred at Silverstone previously, although this year’s tyres have been constructed differently in any case.

Three races into the season, here is how both of the 2021 Championships look at the top end.