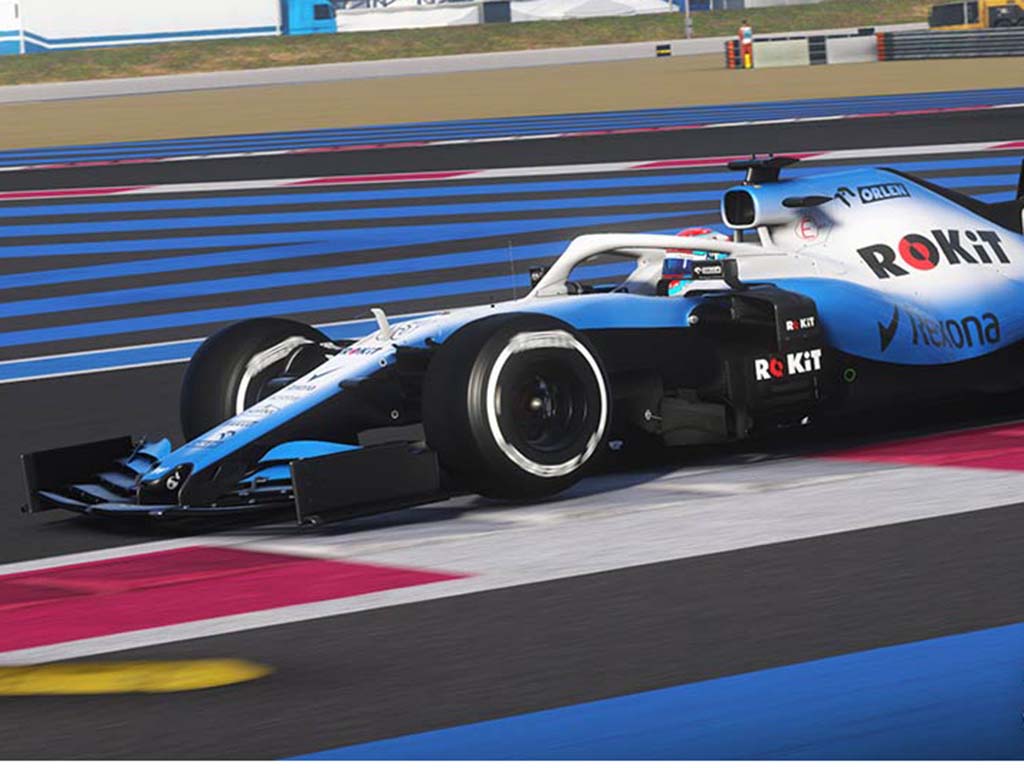 Is this the real life?

The first few races of the series drew criticism from many for the lenient track limits. In China especially, drivers would exploit such leniency to take rather wide and wild racing lines. This was addressed for the last race with stricter rules introduced, leading to nearly every driver getting time penalties. While more managed to avoid them this around, they still had a huge impact on the outcome of the race.

Initially, a three-second time-penalty picked up by Russell looked set to deprive him of victory. Then in the dying stages, Charles Leclerc was handed one of his own. Such was the importance of them, there was far more focus on whether the pair were staying within track limits than their actual racing.

Having races decided with simple wheel to wheel racing is undoubtedly preferable, and F1 may be tempted to revert to lenient rules to get this back. We say, don’t. Implementing track limits and handing out time penalties gives the races a far more realistic feel, and in a world without any actual F1, realism is pretty high in our list of priorities. Besides, as was seen at certain corners, the drivers can still get away with quite a bit.

The Spanish GP race, while providing a dramatic conclusion, was a little farcical in the end given massive last-corner cuts like this were going on unpunished.

If anyone is going to exploit any weakness of the game with its remaining bugs and glitches, it will be the pro drivers who do it.

The rise of Russell

Of the six professional F1 drivers to compete in the series, Leclerc and Alex Albon have been the ones to grab the headlines and the wins. Until now.

From the moment qualifying kicked off in virtual Catalunya it was clear that Russell was a man on a mission. We’ll admit that, given how his debut season in the sport went, it was a strange site seeing “RUS” at the top of the leaderboard, but it was a welcome one nonetheless. The more drivers that can fight at the front, the better.

It briefly looked like the Williams man wouldn’t be able to do so after all when he dropped down to P6 at the start. However, he showed the pace that got him pole in the first place to prevail in a battle with virtual and real team-mate Nicolas Latifi and catch Leclerc up front. Even better were the overtakes he pulled off on the Monegasque, at a track where it’s notoriously difficult to do so.

Seeing a Williams pass a Ferrari and cross the line to take the win for the first since 2012 was a welcome sight indeed. Yes, we know it’s only a game, but given how the team are faring in real life, we’ll take anything. Over to you now, Nicholas.

When Lando Norris managed to finish the race last time after missing qualifying, it was seen as a positive step forward. This time, after some brief trouble, his technical issues seemed to be a thing of the past as he managed to complete qualifying (sort of, he set a time before disconnecting) AND start the race. Were we finally going to see him fight for wins as he has done in other Esports fields? If only…

He started the race on the back foot, in P13, after picking up a grid-penalty for hitting Leclerc in qualifying. He quickly tumbled down further and was running rock bottom after a few laps. Not fancying a heroic fightback and after one spin too many, he left the session.

Given how he’s fared with iRacing, his sim abilities clearly aren’t the issue. Instead, he just seems unsuited, unlucky and possibly now even uninterested in the Virtual GP series in particular. If this is the case, perhaps it’s best for him to give the next few races a miss and free up his seat for someone else. He can dedicate the free time he gains to winding up for salty IndyCar drivers, something we’re well up for.

Bring on the big names, as long as they can drive…

In a perfect world, these races would be filled by all 20 drivers from the 2020 F1 grid, but we all know that isn’t going to happen. The most obvious alternative is to instead get former driver and ones from other categories, but what about from other sports? We weren’t all for it initially, but after Aguero’s encouraging display, we’re a little more receptive.

For one, the Manchester City striker brought thousands of viewers with him to the race, as shown by the live chat and comments section. This alone is good for the sport and could be even better if some of those fans like what they see and decide to stick around once the real racing returns. What’s more, he actually looked half decent, finishing in P14 and making some exciting, if sometimes dirty, moves.

The same can’t be said for the other new big name. We applaud Barcelona’s Arthur for giving it a go, but, given the light years he was behind the rest of the field, we’d have rather his spot go to someone for competitive. Bringing in views is good, but bringing entertaining racing is even better.

Nevertheless, if he can improve, we’d welcome him back along with Aguero, the ever-impressive Thibaut Courtois and any other big names that can compete. If sporting superstars can bring legions of fans and some good racing, it seems a no-brainer to invite them in.