Home F1 Features The Debate: Is it Hamilton or is it the car? 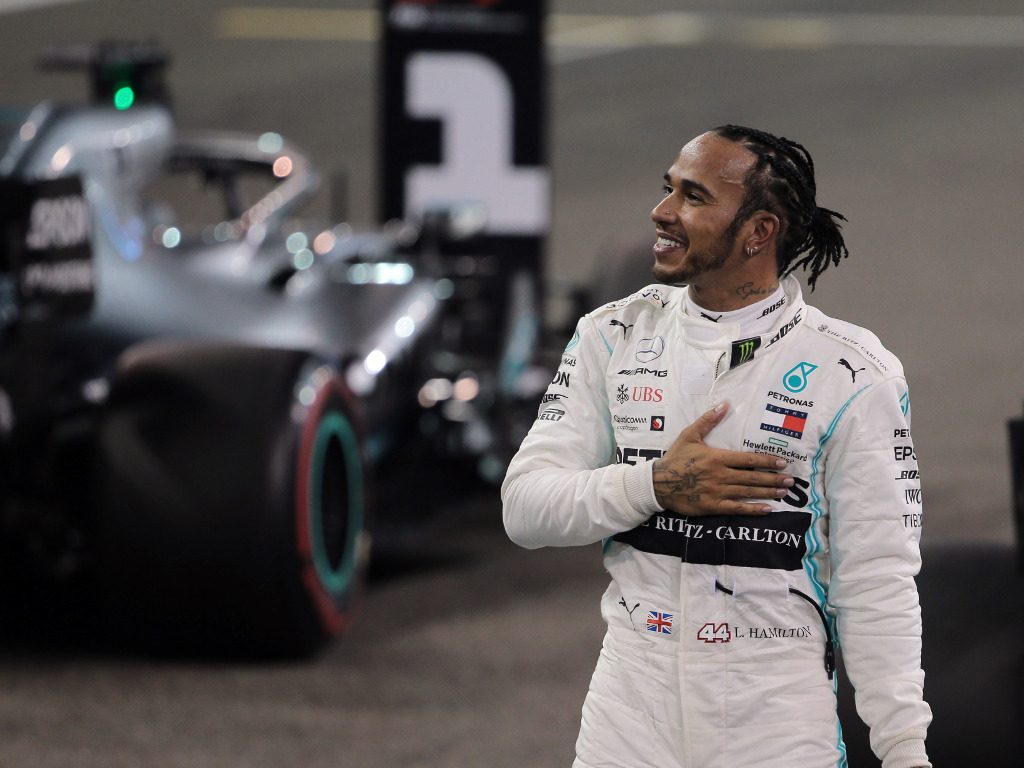 With one more title, Lewis Hamilton can statistically become the best F1 driver ever. Is this the case or is his dominance down to the car?

It’s one of the sport’s biggest and most divisive debates. The six-time world champion is absolutely, undeniably talented, but he’s also been at the most dominant team ever since joining Mercedes in 2013.

Does this make the five titles he’s won since joining the Silver Arrows any less impressive? Or is he really up there with F1’s greats? Let’s take a look at both sides of the argument.

Admittedly, Hamilton’s most fruitful years have come at Mercedes in the hybrid era, but he enjoyed huge amounts of success long before he was driving such a dominant car. 22 wins and one World Championship, to be precise.

When he joined McLaren as a 22-year-old rookie in 2007, nobody expected him to challenge team-mate, Fernando Alonso, let alone get the better of him. Nevertheless, by the end of the season, he had won four races, finished above the Spaniard on countback and was just two points away from winning the title. If overcoming a double World Champion driving the same car in your first season doesn’t prove talent, we don’t know what does.

He went one better the following year, winning his first title, and he by no means had a dominant car. In fact, it could be argued that the Ferrari he was up against was better. The Italian team comfortably won the Constructors’ Championship, while Felipe Massa and Kimi Raikkonen both finished comfortably ahead of the other McLaren driver, Heikki Kovalainen.

His team-mate wasn’t the best driver, but the fact that he was so far off the top shows that it wasn’t the car that won Hamilton the title.

His remaining years at McLaren were less successful, but he still generally got the best out of his car. The British team produced a hugely disappointing car for the 2009 season but Hamilton still managed to win two races.

In 2010, he took three wins and was in title contention until the final race, despite the fact that the Red Bull drivers had a vastly superior car. Even in 2011, arguably his worst season in terms of performances, he still won three times to maintain his record of winning in every season he’d driven in.

Hamilton jumped ship for Mercedes in 2012, where he’s won five titles. Clearly, he’s had the best car for most of them, but not always.

In both 2017 and 2018, the Ferrari was often equal and sometimes quicker. Despite this, Hamiton saw off the challenge of Sebastian Vettel comfortably on both occasions, consecutively winning the title with two races to spare. He’s also nearly always had the upper hand on the man in the other Mercedes, with the exception of 2016 of course.

Fact: this Mercedes team is the most dominant team in the history of Formula 1, whichever way you choose to look at it. They have the most consecutive Constructors’ and Drivers’ Championships, the most wins in a season and the most 1-2 finishes in a season.

Their cars have been so strong that they’ve made Nico Rosberg a World Champion. The German was undoubtedly a good driver, but World Champion material? We’re not so sure. Nevertheless, his car was so far ahead of the rest of the field that it made it so.

The Silver Arrows has also turned Valtteri Bottas into a multiple race winner and has finished as high as P2 in the championship. Again he’s good, but for him to so often beat the likes of Max Verstappen and Sebastian Vettel, the car must be even better.

Meanwhile, in the same era of the sport, we’ve seen the likes of World Champions Fernando Alonso and Jenson Button languish at the very bottom of the grid due to their poor cars. The former in particular was still one of the best drivers on the grid when at McLaren but struggled to even score points. His struggles are clear evidence of the fact that the car is more important than the driver these days. I mean come on, Pastor Maldonado finished 16 points ahead of Alonso in 2015 and 11 ahead of Button.

Finally, when Hamilton’s car hasn’t been the class of the field, it’s fair to say he often hasn’t been the best driver on the grid, or even close in fact. In Red Bull’s four-year run of dominance, Hamilton also lost to drivers in cars no better than his. Alonso, in a Ferrari that wasn’t much better than the Brit’s McLaren, if at all, beat him in each of them, while Button wiped the floor with him in 2011. Michael Schumacher, the man Hamilton is compared to in the ‘GOAT’ argument, rarely had such struggles prior to his comeback.

It’s Hamilton. We’re not saying that he would have achieved the success he has if he was in a less dominant car. As we said, the machinery is more important than the man in Formula 1 in this day and age, and if Hamilton’s wasn’t so vastly superior, he undoubtedly wouldn’t be on the verge of becoming the best ever in terms of stats.

Nevertheless, this doesn’t change the fact that, since joining the grid, he has displayed talent and pace rarely seen in the sport. He’s only been beaten twice in 13 seasons by the man in the same car as him, has often beaten those in equal or better machinery and has never gone a season without winning a race, even in cars way off the pace.

Whether he’s the best ever or not is an unanswerable question. There are far too many variables and factors to call any driver the GOAT. The cars are different, the rules have changed and the sport is not the same as it was five years ago, let alone 50.

However, if we discovered the secret to time travel, put all the proclaimers to that title in the same car, at their respective peaks, and pitted them against each other, we reckon he’d do alright. As long as he could take Bono with him, obviously.