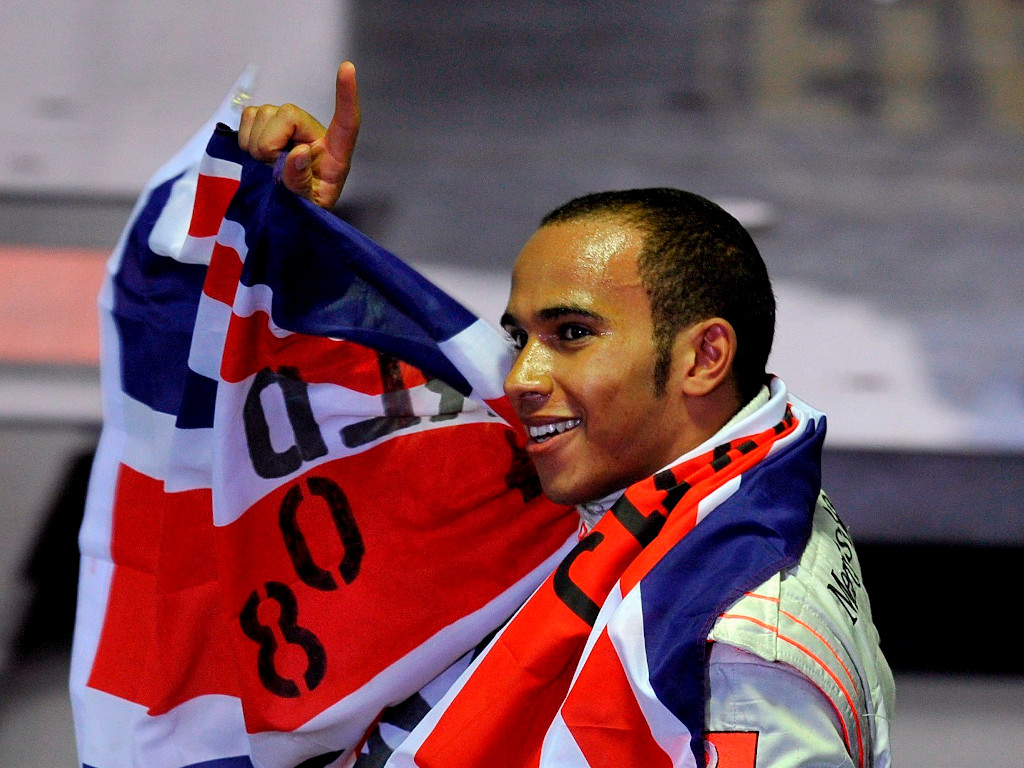 Not quite an “utterly unblemished record”, but in an era of win at all costs, Lewis Hamilton’s sportsmanhip is on a par with his racing record.

Hamilton has the most pole positions in Formula 1 with 88, has 84 race wins, seven shy of the all-time record, and has six Drivers’ Championship titles to his name.

That puts him just one behind Michael Schumacher, a record that many believe he could own come December 2021.

His off-track antics may not be everyone’s cup of tea but, without a doubt, his on-track ability has made him one of the greatest that Formula 1 has ever seen.

Having missed out on a World title in his debut season as a result of the in-fighting at McLaren, Hamilton was up against Felipe Massa for the 2008 title.

He won the penultimate grand prix in China to hold a seven-point lead over the Ferrari driver with 10 points still in play. But still in play at Massa’s home circuit.

It was the Brazilian who bagged the advantage at the Interlagos circuit as he qualified on pole position with Hamilton fourth on the grid.

With Mother Nature having her say on the Sunday it looked, at least briefly, as if the 2008 World Championship trophy would be heading to Maranello as Massa was in fine fettle in the changing conditions.

15 laps before the end of the race the Ferrari driver was leading by 10s ahead of Renault’s Fernando Alonso with Hamilton battling Sebastian Vettel for fourth place.

The rain returned to the track with nine to go which saw Hamilton and Vettel pit for inters with Alonso, P2, and Kimi Raikkonen, P3, in next. Massa was the last of the top-five to come in for tyres.

He rejoined the grand prix in the lead while Hamilton found himself down in sixth place as Toyota’s strategy had put Timo Glock ahead of both the McLaren and Vettel.

Using a one-stop strategy, but one that meant he was still on dry tyres, Glock worked his way up to fourth place and looked to be on course to ruin Hamilton’s chances of championship success.

Meanwhile, needing the victory no matter what, Massa’s focus was solely on his own race and he took the chequered flag 13s ahead of Alonso.

As he crossed the line, Hamilton was stuck in sixth place, behind both Vettel and Glock, and Massa was the World Champion. It lasted all of 38 seconds.

With Glock struggling for grip on the damp track, first Vettel overtook him and then, entering the uphill left-hander at Juncao, Hamilton slid up the inside of the Toyota driver to take fifth place – and the four points he needed.

At 23 years, 10 months and 26 days old the Brit became the youngest ever World Champion in what was a nail-biting final lap pass.

Five months after winning his first World title, Hamilton arrived in Melbourne for the 2009 season-opening Australian Grand Prix. He left under a cloud.

Heading into the final few laps at the Albert Park circuit, the Safety Car came out for the second time that Sunday as Vettel and Robert Kubica collided. At the time Jarno Trulli and Hamilton were fighting for third place.

With the drivers not permitted to overtake one another, Trulli made a mistake and ran off the track. Hamilton passed him.

He then slowed and Trulli retook the position only to be hit with a 25-second penalty for passing Hamilton under Safety Car conditions. Trulli dropped to 12th and Hamilton climbed to third.

Giving his explanation of the events, the Toyota driver said: “When the Safety Car came out towards the end of the race Lewis Hamilton passed me but soon after he suddenly slowed down and pulled over to the side of the road. I thought he had a problem so I overtook him as there was nothing else I could do.”

Hamilton backed this up, saying McLaren told him to let Trulli through, only to then recant his story to the stewards which led to Trulli’s penalty.

Toyota was not impressed and took the matter further.

With new evidence coming to light, both drivers appeared at a stewards’ inquiry in which Hamilton insisted once again that he never deliberately slowed to let Trulli through nor was he told to do so by his team.

The stewards, however, had an audio recording of the conversation – “Lewis you need to allow the Toyota through” – between Hamilton and McLaren, and declared that the Brit and the team had given evidence that was “deliberately misleading”.

As for Hamilton’s claims that he only slowed down because he had been reading the Safety Car instructions on the dashboard display, race stewards checked the times that those instructions had been posted and said it didn’t add up as the messages were cleared long before Trulli retook the position.

Hamilton was disqualified from the grand prix.

“Under Article 158 of the International Sporting Code the driver No1 Lewis Hamilton and the competitor Vodafone McLaren Mercedes are excluded from the race classification for the 2009 Australian grand prix and the classification is amended accordingly,” read the ruling.

Hamilton and Rosberg were childhood friends and karting team-mates, both of whom had the dream of one day making it into Formula 1. Both did and both won World titles. But along the way the friends became enemies.

"They would even have races to eat pizza." Hamilton v Rosberg – a rivalry since childhood: http://t.co/nPqPebuaHP pic.twitter.com/BFzSQH2JPc

Hamilton joined Rosberg at Mercedes in 2013, replacing Michael Schumacher as the German’s team-mate and rekindling their childhood friendship. It didn’t last long. While it was smooth racing in 2013, that ended a year later when the two engaged in their first of three battles for a World title.

Hamilton dominated the 2014 championship, taking 11 wins to Rosberg’s four. That season saw the first of several on-track moments as Hamilton refused to obey team orders to help Rosberg at the Hungarian GP while, weeks later, Rosberg hit Hamilton at the Belgian GP and sent the Brit into race retirement.

It later emerged that Rosberg had deliberately courted a crash to “prove a point” to Hamilton that he would not back down. Mercedes’ pit wall was split over the first incident but took Hamilton’s side in the second.

2015 was a lot closer in the standings with the not-so-friendly childhood friends exchanging blows. Hat-gate ensued at the United States GP, the end result of a fierce battle between the team-mates. Hamilton again won the title, his second with Mercedes.

Heading into the 2016 season Rosberg was determined to pull one back on his team-mate and won the first four races to lead the standings by 100 points to Hamilton’s 57.

The reigning World Champion, though, was keen to make his mark when the circus arrived in Spain. He took pole ahead of Rosberg but the German made the better start. The Brit attempted to fight back but Rosberg defended for all his worth.

They made contact with both out of the grand prix. As to be expected, neither accepted the blame although they did later speak about the incident and said they had put it to rest.

Another incident followed in Austria where Hamilton pounced on a final lap mistake from Rosberg only for the German to hit him one corner later. Hamilton won the race, Rosberg finished P4.

Arriving in Abu Dhabi for the season finale, Rosberg held a 12-point lead over Hamilton with the Brit not only needing the win but also for Rosberg to finish fourth or lower. Running 1-2 in the final stretch, Mercedes ordered Hamilton to pick up the pace as rivals were closing in on Rosberg’s rear wing.

Hamilton refused to, telling the Mercedes pit wall: “Right now I’m losing the World Championship so I’m really not bothered if I’m going to win or lose this race.”

Rosberg won the World title but days later informed Mercedes that he was done with Formula 1, left emotionally bankrupt by his title fights with Hamilton.

From childhood friends, to fierce rivals, to enemies who “wouldn’t even say hello each other” according to Niki Lauda.

Speaking to The Sun months after Rosberg’s exit, Hamilton made it clear that he wasn’t missing his former team-mate.

“It has made the environment a better place to work in,” he said. “It’s like when you have been in an unhealthy relationship. You only stay in it because you love that person.

Years later and it still doesn’t look as if Christmas cards will be exchanged with Hamilton calling Rosberg “irrelevant” in his commentary on today’s Formula 1.

You can read more from our good, bad and ugly series here:

The good, the bad and the ugly: Alain Prost

The good, the bad and the ugly: Nigel Mansell

The good, the bad and the ugly: Mika Hakkinen

The good, the bad and the ugly: Felipe Massa

The good, the bad and the ugly: Fernando Alonso