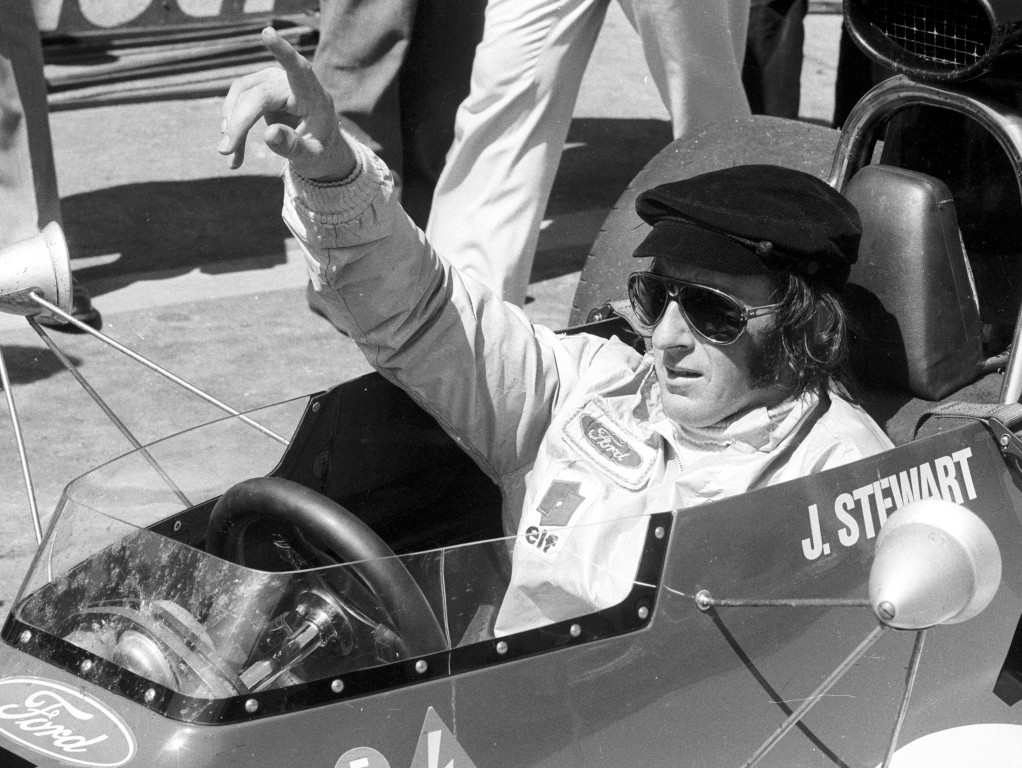 A triple World Champ, Sir Jackie Stewart acknowledges his stand on driver safety didn’t make him the most loved champ, however his ability on the track definitely made him one of the most successful.

He went out on top, winning the title in his final season in Formula 1, but never took the start grid in what would have been his very last grand prix.

Stewart’s team-mate, Francois Cevert, was killed in a qualifying crash at Watkins Glen, cementing Stewart’s position as an advocate for improved safety in Formula 1 racing.

Despite sporting a painful wrist injury, the result of a broken scaphoid bone thanks to a Formula 2 practice accident at Jarama, Stewart was invisible around the Nürburgring at the 1968 German Grand Prix.

The race weekend took place in extremely wet and foggy conditions with the Ferraris of Jacky Ickx and Chris Amon qualifying 1-2.

It was, however, the Brit who emerged victorious on the Sunday.

The race start was delayed by 50 minutes but with the conditions worsening, a decision was taken to start before it became impossible. Some would argue it already was given that the track surface was icy cold, wet and supremely treacherous.

Graham Hill shot past the Ferraris to lead the race only to be overtaken by Stewart before the end of the opening lap.

Stewart immediately set about building up a lead as his Dunlop wet tyres proved to be superior to its Firestone rivals and he stuck to the track.

Running away from the competition, he was up to 34 seconds after lap two and, when the race was called at the end of the 14th lap, was a massive four minutes ahead of second placed Hill.

Stewart’s drive is still considered today to be one of the greatest in Formula 1’s history.

Starting third at the Belgian Grand Prix, Stewart was one of nine drivers that did not make it through the first lap.

Although the race started on a dry track, a torrential downpour hit the Spa-Francorchamps circuit halfway through the opening lap, resulting in Stewart – driving at 266 km/h – aquaplaning off the track and crashing into a telephone pole. From there he hit a farmer’s shed before eventually coming to a halt in an outbuilding.

With his steering column pinning his leg, Stewart was unable to exit the car and was being drenched in fuel as his fuel tank had ruptured.

Compounding the danger, there wasn’t a marshal in sight.

“First I hit a telegraph pole and then a woodcutter’s cottage and I finished up in the outside basement of a farm building. The car ended up shaped like a banana and I was still trapped inside it,” he told the Guardian.

“The fuel tank had totally ruptured inwardly and the monocoque literally filled up with fuel. It was sloshing around in the cockpit. The instrument panel was smashed, ripped off and found 200 metres from the car but the electric fuel pump was still working away. The steering wheel wouldn’t come off and I couldn’t get out.”

Never one to celebrate another’s crash, Stewart was blessed when two other drivers, Graham Hill and Bob Bondurant, slid off the track close to his accident site and rushed to his aid.

Hill switched off the fuel pump but they were all still in danger from the fuel covering the area. A spectator came to help, handing them a toolkit that they used to free Stewart.

The Brit was eventually taken by ambulance to the track’s medical centre only to be placed on the floor.

“There were no doctors,” he recalled. “I was left on a stretcher, on the floor, surrounded by cigarette ends. It was filthy.”

His ordeal was by no means over as while another ambulance came to take him to the hospital, the driver got lost on the way. He was finally flown by private jet to the UK for medical treatment.

Aside from his leg injury, Stewart suffered broken ribs and a shoulder injury.

Having decided he would retire at the end of the 1973 season, Stewart went out on top, claiming the Drivers’ Championship title at the Italian Grand Prix.

He wrapped up the crown, his third, with two races to spare.

With the title in the bag, he finished fifth in Canada before moving onto the United States’ Watkins Glen for what would have been his final grand prix. It would also have been his 100th start.

The death of Francois Cevert changed that.

Out on track in the Saturday qualifying, Stewart’s Tyrrell team-mate Cevert crashed violently when he lost control after taking too much kerb.

“On the Saturday of what would have been my 100th and final grand prix, my team-mate Francois Cevert was killed in front of us drivers,” Stewart recalled. “The accident occurred at a very quick part of the race track.

“The amount of debris on the circuit was enormous. I thought, my God, what a huge accident. The yellow flags were out, all the cars had to stop because the debris was so extreme on the track.

“Every driver had obviously got out of their car and had gone to see if they could help, and I was the last to arrive. So I got out of my car and went over to where the rest of the car was.

“It was a terrible sight and Francois was equally in terrible shape. It was obvious that he was already dead.”

Stewart returned to the pits and withdrew from the grand prix weekend.