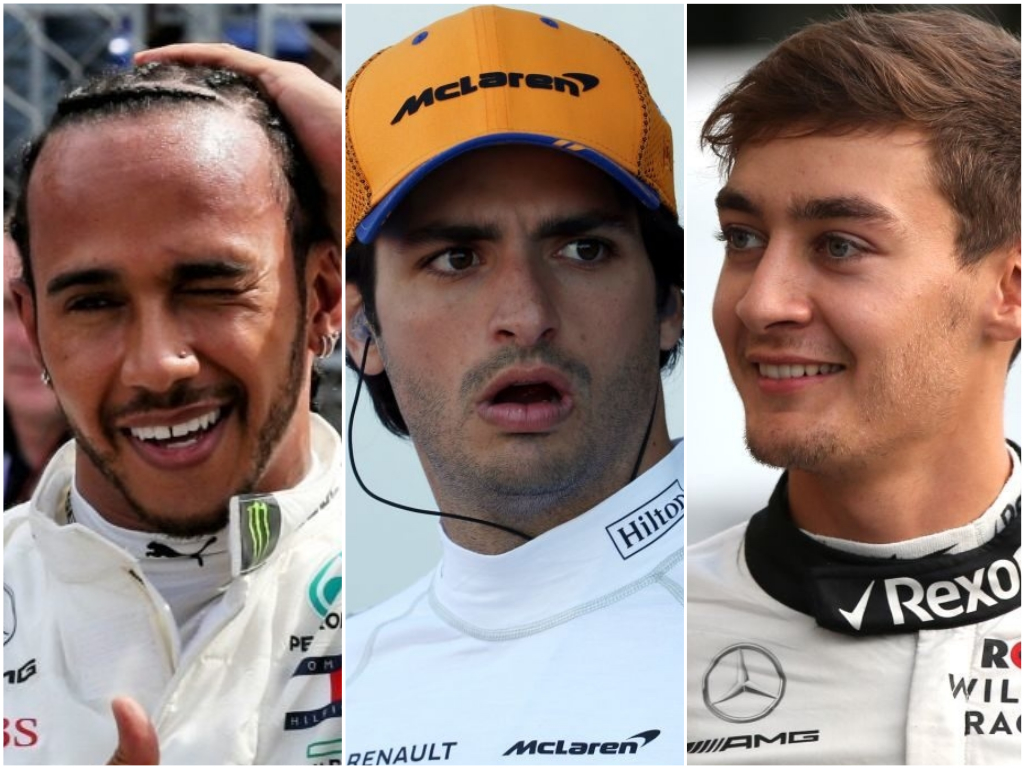 We’ve gone through our ten worst F1 2019 drivers of the season, so let’s move on to the real nitty gritty now and give you our top 10 starting with…

New team (sort 0f), new team-mate, same old Perez. The Mexican driver has been as consistent as ever in 2019, comfortably out-performing fellow Racing Point man Lance Stroll and most of the midfield drivers for that matter.

With an improved car after the summer break, he finished every race in the points up to the end of the season, asides from in Singapore where he retired with a mechanical issue.

This run, which included P6 finishes in Baku and Spa, ensured that Checo maintains his reputation as one of the best drivers on the grid not at a top team – wouldn’t it be great to see him there some day?

Having walked away from a top seat to join the French team, Ricciardo would’ve undoubtedly been hoping for more in his first season at Renault. With the car he’s been given though, it’s hard to see how he could have done much better.

He had pretty terrible reliability throughout the season, retiring five times, and struggled to settle in at first, often ending a weekend second best to Hulkenberg. Once he found his feet though, he reminded us just how good he can be.

Highlights included a P4 finish in Monza and surviving the chaos in Brazil to move up from P11 to P6.

He’ll have a new foe across the garage next season in Esteban Ocon, but after seeing off Hulkenberg comfortably in the end, he’ll fancy his chances of remaining Renault’s top dog.

Being the only driver of the season not to score a point reflects badly on Russell, but a closer look shows that he generally got the maximum out of what was a terrible car.

A 21-0 qualifying record is immensely impressive, regardless of the team-mate, and of the races that he finished, he crossed the line in a higher position than where he started 15 out of 19 times.

His performances have kept him in contention for a Mercedes seat somewhere down the line, and hopefully, in 2020 he’ll have a car in which he can show he’s good enough for it.

Given where he is now, it’s crazy to think that Albon was dropped from Red Bull’s young driver programme and struggling to stay in motorsport seven years ago.

The Thai driver looked set to enjoy an uneventful first season in F1, doing a solid if unspectacular job at Toro Rosso, proving more than a match for Daniil Kvyat. However, that all changed when he was called up to replace Pierre Gasly at Red Bull in August.

He’s impressed since, undoubtedly doing better than Gasly and unlucky not to have a Sao Paulo podium to his name. He’ll need to get much closer to Max Verstappen’s pace in 2020 if he wishes to keep hold of a top seat in the long run, but early signs are promising.

Bottas 2.0 looked to be the real deal early in the year, and despite falling behind his fellow Silver Arrows team-mate, it was undoubtedly his best season with Mercedes yet.

Three pole positions and two wins in the first five races had Hamilton rattled, and despite a mid-season slump, it could be argued that had the Finn had any other driver as a team-mate, he could have launched a genuine title challenge at the very least.

He says he has a plan to beat Hamilton in 2020, and while we have our doubts as to whether he can really do it, we can’t wait to see him try.

Three top-six starts, two top-six finishes, 49 points, and it could have and should have been an even better first season for the 20-year-old.

You could make a decent argument that Norris has been the unluckiest driver on the grid in 2019. Reliability issues stole P5 finishes from him in France and Belgium, while a botched pit-stop in Mexico deprived him of more potential points.

Nevertheless, he won the qualifying battle against team-mate and best bud Sainz and, with a bit more experience and luck in 2020, could give the Spaniard a run for his money on Sundays too.

Even the most optimistic of Leclerc fans surely wouldn’t have expected the Monegasque to do so well in his first year at Ferrari.

With seven pole positions and two wins, he comfortably had the beating of Vettel throughout the season, and if not for a mechanical issue in Bahrain, would’ve won in just his second race for the team. He banished those demons with back to back triumphs in Spa and Monza, the latter of which will live long in the memory of every Ferrari fan.

It wasn’t the perfect season, with costly mistakes in Monaco, Baku and Germany showing his inexperience, but it was good enough to arguably make him Ferrari’s number one man.

Oh how Red Bull must regret not giving Sainz their second seat for the 2019 season. After being shunned and taking a McLaren seat instead, the Spaniard set out to show them just what they’re missing and did so in style.

He ended the season P5 in the drivers’ standings, with 96 points and a podium to his name. That drive in Brazil, in which he started P20 and finished P3, was arguably the best drive of the season by anyone and was one of his eight top-six finishes.

Sainz heads into 2020 as one of the best on the grid, and will surely have a number of suitors waiting to snap him up when his contract ends in 2021.

Verstappen ended the 2018 season on fire and took that mercurial form with him into 2019, where he single-handedly took the fight to drivers in vastly superior cars.

Starting the year with a car not capable of fighting Mercedes, he nonetheless got two podiums and five P4 finishes in his first eight races. When the car improved, he made the most of it to win in Austria with a last gasp pass on Leclerc before overcoming carnage in Germany and Brazil to do the same.

He may not quite be better than Hamilton yet, but he’s the one man on the grid most capable of toppling the Brit. Come on Red Bull, give him the car for it. Please.

What more is there to say about Lewis Hamilton? If there were ever any doubts that he’s one of, if not the best F1 driver ever, they’re surely gone now.

The Mercedes driver ended up cruising to his sixth world title, showing there’s not much he can’t do in the process. There were weekends, such as in Abu Dhabi, where his pace was just too much for anyone, while in others, such as Mexico, he won with excellent tyre management.

He’s now within reach of some major Schumacher records and, assuming he has the car, will surely do so in 2020 to, statistically at least, become the all-time best.