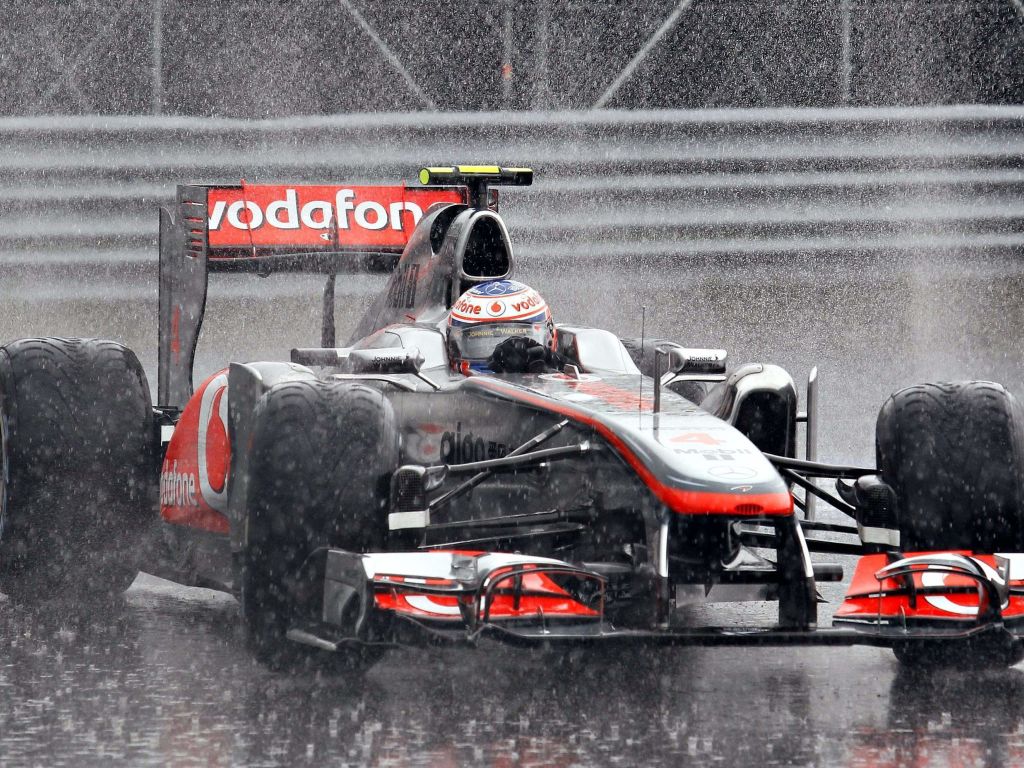 Driving a Formula 1 car in pristine conditions is difficult enough, but it’s a whole other ball game when the weather turns sour.

Rain is often seen as a great leveller in Formula 1, a chance for the car’s performance to take a back seat and let the talent of the driver shine through.

And over the years we have seen some truly magnificent drives in the wet.

The only driver on this list who didn’t actually win the race, but this wet-weather masterclass from Verstappen just had to be included.

Already we knew the Dutchman was special after winning on his Red Bull debut earlier that year in Spain, but that performance in Brazil showed us that he was mightily quick in the wet.

Early moves on Kimi Raikkonen and Nico Rosberg showed that the teenager meant business, but Red Bull’s failed gamble to put him on the intermediates as the rain intensified, coupled with the Safety Car to cover Felipe Massa’s crash, saw Verstappen dumped right down the order – surely that P2 or the podium in general was now out of reach?

Not exactly. In the final 16 laps Verstappen tamed the soddened Interlagos circuit, picking up 11 places to finish P3.

Sure the fresher tyres helped, but they don’t pull off overtakes of the likes we saw that day for you.

From lights out to the chequered flag this race timed in at four hours and four minutes, making it the longest in Formula 1 history, and Button took the honour of victory for McLaren in a stunning wet-weather drive.

Button qualified P7, but the terrible conditions meant the race started behind the Safety Car. Not long after it had gone in to the pits though Button was involved in a collision with team-mate Lewis Hamilton.

By Lap 26 the race was suspended due to the heavy rain and wouldn’t be restarted until two hours later. Come Lap 27 Button was in the wars again – the Briton dropped to last place while Fernando Alonso was forced to retire.

But it was from here where Button delivered a sensational drive in the wet, going from P21 to P1. On Lap 65 he would take Mark Webber and Michael Schumacher to move into P2, while his victory was secured on the final lap after forcing Sebastian Vettel into an error.

That was Button’s first win of the season, and what a crazy way to earn it. 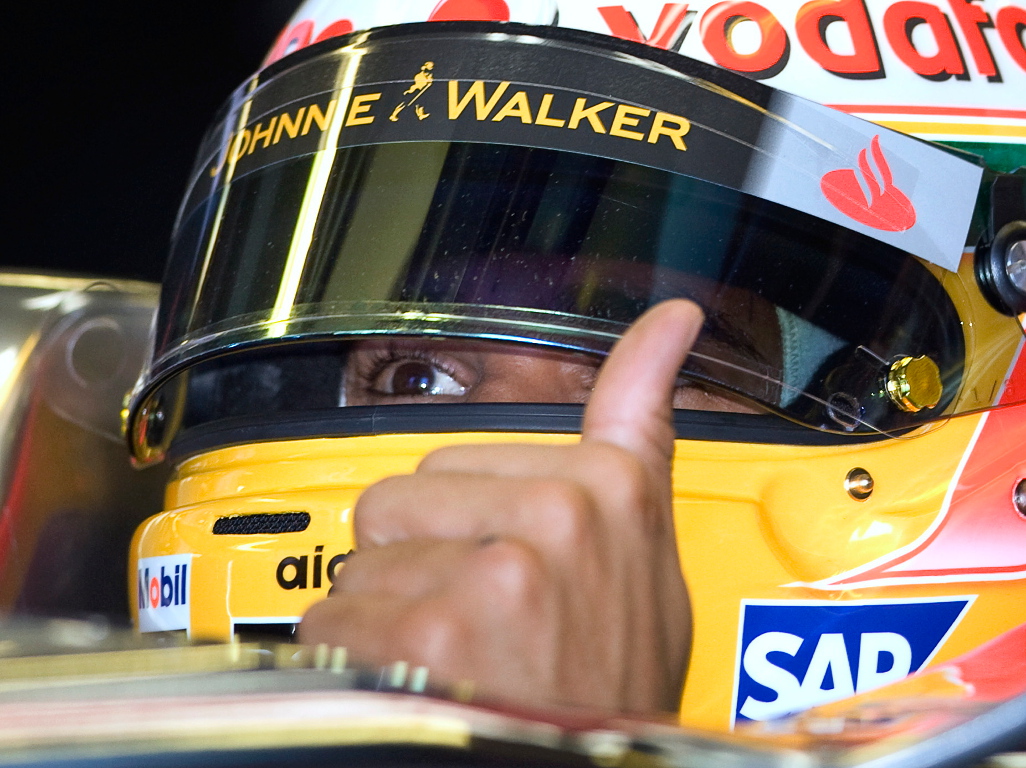 Hamilton walked in to McLaren in 2007 and almost won the World Championship at his first attempt, but even up until the British Grand Prix of 2008, there remained a pocket of fans who doubted his ability.

All doubt went away after this one though. Hamilton’s team-mate Heikki Kovalainen put the McLaren on pole, but after following him closely Hamilton would snatch the lead on Lap 5 and from that point never looked back.

The weather was constantly changing at Silverstone with drivers spinning off left, right and centre as the downpours continued to pass through, but Hamilton soldiered on.

With Raikkonen under a second behind Hamilton when they both pitted on Lap 21, McLaren took a gamble by fitting fresh intermediate tyres on Hamilton’s car, while Ferrari opted against a tyre change for Raikkonen.

That turned out to be a big mistake as the rain started to fall once more, and Hamilton went on to win his home race one minute and eight seconds ahead of BMW Sauber’s Nick Heidfeld.

Senna truly was the rain master, and from the catalogue of his masterpieces we first pick the 1993 European Grand Prix at Donington.

The Brazilian icon was P5 in his McLaren after the start, but in completing that ‘Lap of the Gods’ he passed Alain Prost down the inside at the Old Hairpin for the lead on Lap 1.

From there it was complete domination as Senna lapped all but Damon Hill to win the wet race by one minute and 23 seconds.

The tragic death of Senna that year had landed relative newcomer Hill with all the pressure of delivering for Williams, and at Suzuka he did exactly that.

Hill’s performance in Suzuka went down as one of the classics as he outran an advancing Schumacher in the pouring rain.

It was all the more impressive since he was driving with only three new tyres after one got stuck due to a wheel nut issue.

The win saw Hill reduce the Championship deficit to Schumacher to just a point going into the season finale in Adelaide. It was such a superhuman performance that Hill was somewhat scared by the mental place that he went to.

“The last lap I don’t even remember being in control of the car, it was almost like the throttle was stuck wide open and I was just hanging on and I managed to increase the gap to Michael,” he said in an interview with Auto Motor und Sport.

“It frightened me actually to be honest. I got out of the car and I was actually shocked because it was almost like I had gone slightly mad in the car to go that fast, and it’s quite scary.” 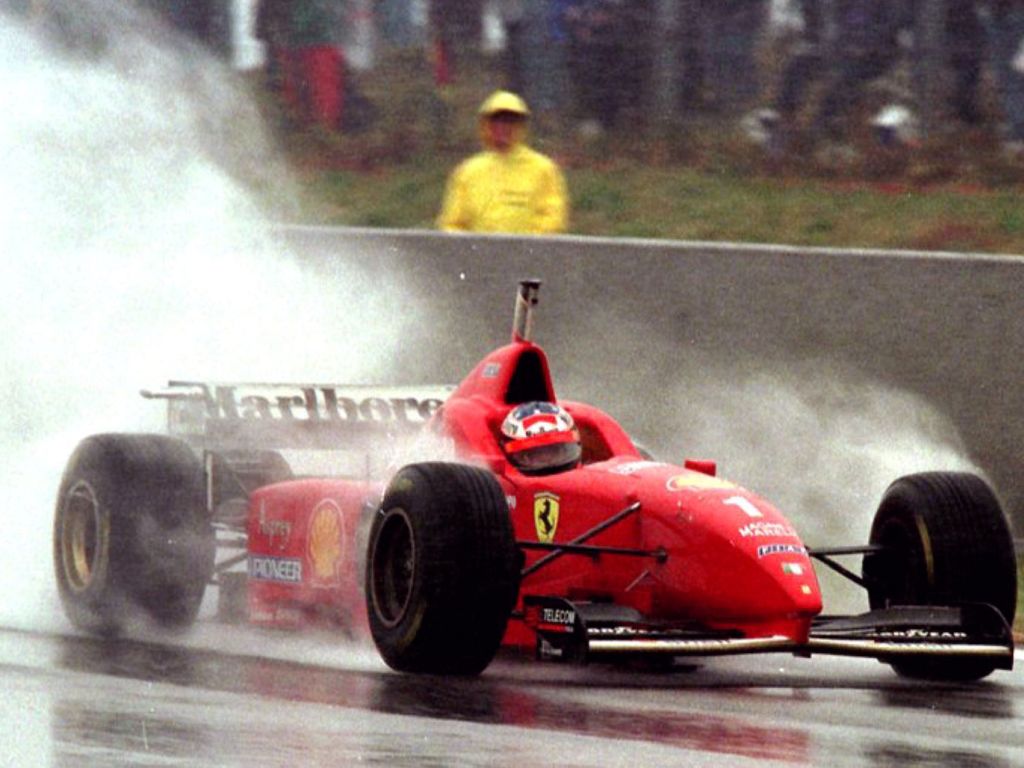 There was a time when Schumacher and Ferrari were not the quickest pairing in Formula 1. Take most of 1996 for example, but the Spanish Grand Prix at the Circuit de Barcelona-Catalunya was a quite magnificent exception.

Despite qualifying almost a second slower than the Williams pair of Hill and Jacques Villeneuve, once Schumacher took the lead of this very wet race on Lap 13 he never relinquished it.

A catalogue of fastest laps saw Schumacher storm to victory in dominating fashion with a winning margin of 45 seconds over Jean Alesi in the Benetton.

Estoril in 1985 was the scene of Senna’s first pole position and win in Formula 1, and what a victory it was.

The Brazilian conquered everyone in his Lotus 97T, winning by one minute and three seconds over the Ferrari of Michele Alboreto who was the only driver he didn’t lap that day.

It was a race run in truly dreadful conditions. At one stage while leading Senna signaled to officials along the pit lane to stop the race, instead they did nothing and the pace from that point dropped significantly. 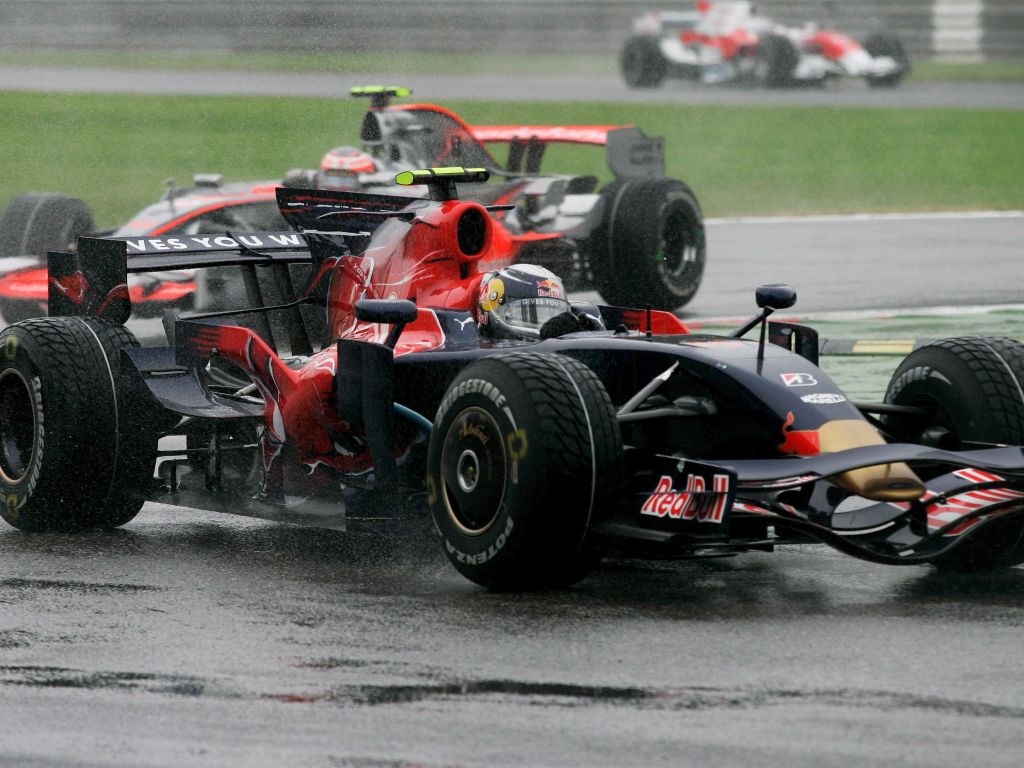 What a washout that weekend at Monza was, but the performance of Vettel was no damp squib.

At this point just a Toro Rosso driver and a prospect of the Red Bull Academy, this was the day that the four-time World Champion we now know so well truly arrived.

The race started behind the Safety Car and after that Vettel built a solid lead in the heavy rain, but even when the track dried out he didn’t stop, continuing to stretch his lead in the Toro Rosso to cross the line 12.5s ahead of Kovalainen in the McLaren.

It was a race that Vettel had no business winning in a Toro Rosso and it remains the team’s only victory in Formula 1, adding further glory to this remarkable underdog story.

The Lotus 25 was at the front of its class, but that absolutely does not take away from what Clark achieved at the old Spa in 1963.

Clark started P8, but after a fantastic getaway that saw the trackside personnel and spectators take evasive action, Clark was on his way to glory.

Clark pulled away in the damp conditions, and when it really started to chuck it down on Lap 24 his lead only grew further. Lotus founder Colin Chapman and BRM tech boss Tony Rudd’s calls for the race to be stopped at this stage fell on deaf ears.

On this day truly Clark was in a league of his own, and in the end the winning margin was a staggering 4m 54s.

The old 14.2-mile Nurburgring was a daunting challenge at the best of times, so add to that torrential rain and fog and it only speaks greater for Stewart’s achievement that day.

Stewart started from the third row but stormed in to P3 off the line. He would take to the concrete pitlane such was the extra grip it offered compared to the tarmac of the circuit, and after picking off Chris Amon’s Ferrari at Adenau and then the Lotus of Graham Hill, Stewart built a lead of eight seconds by the end of Lap 1.

It was a drive beyond anything imaginable from Stewart who on Lap 8 set the fastest lap – a 9m 36s. For comparison that was 15 seconds faster than anybody else managed.

Stewart in his Matra simply redefined dominance, and in the end his winning margin was 4m03s! We will never see anything like that again, and too right – nobody should have been racing in that weather.