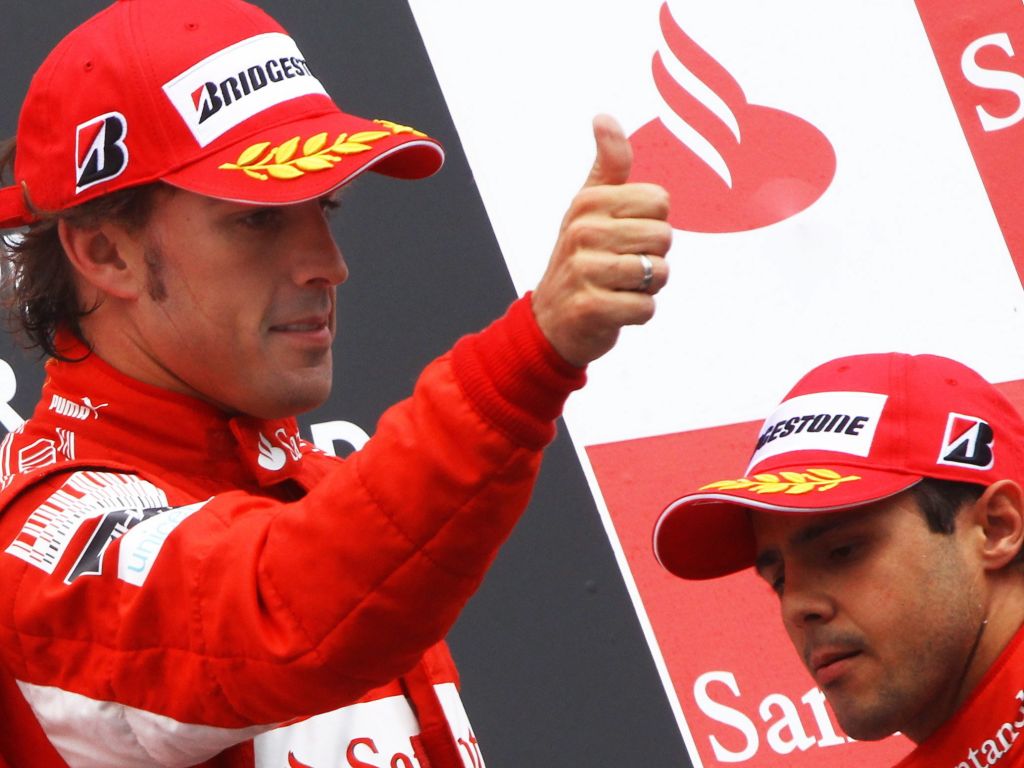 Team radio messages are vital for teams and drivers to share key information, but over the years they have also been a great source of entertainment.

Whether it be rants of fury, controversial orders, or even just a bit of fun, there is no doubt that team radio is a vital tool to enhance the entertainment value of Formula 1.

The scene was Spa-Francorchamps, one of the most iconic stops on the Formula 1 calendar, and qualifying for the 2002 Belgian Grand Prix was underway.

With just under ten minutes to go Williams’ Juan Pablo Montoya was in pursuit of Michael Schumacher’s time to beat, but as it turned out, somebody else was on his mind.

That being Kimi Raikkonen, and McLaren’s ‘Iceman’ had clearly done something to upset Montoya.

“F*cking f*cking Raikkonen. What a f*cking idiot,” he bellowed from the cockpit of his FW24.

Come 2005 of course these two were team-mates at McLaren. Talk about awkward.

Norris was a breath of fresh air for Formula 1 in 2019 – alongside Carlos Sainz the duo quickly developed one of the most entertaining driver partnerships in recent memory.

The Briton’s love for a meme and a few pranks also makes him a popular social media personality at a time when the series is trying to attract a younger audience.

And Norris’ cheeky chappy persona was at its best during free practice for the 2019 United States Grand Prix.

Radio checks are standard procedure at the start of a session to ensure that the driver can hear their engineer and vice versa. But the response which Norris provided was far from standard.

“I’m moving up and down, side to side, like a rollercoaster”. Pure gold from Norris and a piece of team radio which we will be talking about for a long time.

Say what you will about Seb, but his sense of humour is right up there with the most entertaining characters in Formula 1.

And in free practice ahead of the 2018 Brazilian Grand Prix, that love for a witty joke was on full display.

“There’s something loose between my legs,” Vettel revealed to his Ferrari colleagues on team radio.

“Apart from the obvious. Something is flying around my feet. I’d be proud if it was what you think it is, but it’s not.”

As it turned out, that “loose” object was just a screw. Quite the letdown, especially for Seb.

7. Give Kimi Raikkonen his steering wheel

Sit back, volume up, and enjoy.

We know what you’re thinking, how have we got to number seven on this list without a moment of Kimi magic over the radio?

Well, we’re here now, and we are kicking off with one of the Finn’s classic rants.

As a former World Champion there is very little that Raikkonen can’t do with a Formula 1 car, but driving it without gloves or a steering wheel is two of those things.

Now to something a little more serious. As a two-time World Champion, Alonso isn’t a fan of running well down the order in Formula 1, but McLaren’s failed engine partnership with Honda meant that is exactly what he had to put up with from 2015-17.

And during a particularly frustrating 2015 Japanese Grand Prix, Alonso decided to call Honda’s power unit “embarrassing” and a “GP2 engine”.

A brave thing to do when in Honda’s home country and to this day it continues to haunt the Spaniard – no matter the series, if it involves Alonso, then Honda want nothing to do with him.

5. I think Ericsson hit us

This one has become an all-time meme classic.

Behind the Safety Car in the 2018 Azerbaijan Grand Prix, Haas’ Romain Grosjean had a moment to forget when he randomly lost control and smashed into the wall.

But rather than accepting their man was to the blame, Grosjean’s engineer tried to convince us all that Marcus Ericsson hit him – replays conclusively showed that the Swedish driver was nowhere near him – like not even close.

But at least it made Ericsson a hit with the meme enthusiasts among us, and to this day he still gets reminded of this historic moment.

This incident has become one of Formula 1’s most famous examples of ignoring clear team orders, and Sebastian Vettel has developed a habit over the years of being the one at the centre of such controversies.

The German started from pole at the 2013 Malaysian Grand Prix, but it was team-mate Mark Webber who ended up as race leader, and with their drivers comfortably running P1 and P2, Red Bull made the sensible call for their drivers to hold station.

But he was having none of that, and with 13 laps to go Vettel launched an attack on Webber which almost paid off, but also nearly took both drivers out – Webber wasn’t happy as Red Bull assured him that his team-mate was blatantly ignoring their orders.

Eventually Vettel would get ahead and win the race, but it came at a cost. Despite apologising for his actions, Vettel’s relationship with Webber would never recover.

It was back at the 2012 Abu Dhabi Grand Prix where Raikkonen had the chance to win his first race in three years.

But while ‘The Iceman’ is always cool, calm and collected, Lotus just wanted to make sure he knew what was going on behind him with Fernando Alonso on the move.

But Kimi’s simply response was “just leave me along, I know what I’m doing”. Another meme classic for years to come, and a decent money spinner for some merch as well.

He wasn’t wrong either as the Finn drove on to win the race, even overcoming an appearance from the Safety Car.

It was heartbreak for Valtteri Bottas in Russia when he was ordered to allow team-mate Lewis Hamilton through to take the victory as they look to protect the Briton in his fight for the World Championship.

“Valtteri, it’s James” has become one of the most well-known and overused phrases in the world of Formula 1 ever since, but Hamilton has always put on record his displeasure at the orders handed out by Mercedes.

“It is definitely a win on my list of wins that I am least proud of,” he said at the time.

“The strangest day I can remember in my career. I want to win the right way. As racing drivers we exist to win; if you tell us we can’t, it is like you are taking our life away. I would never wish it on someone else and I would never ask for it ever.

“I made sure in a meeting that they knew this is not how I want to win.”

1. Fernando is faster than you.

7 Years since "Fernando is Faster than you!" #F1
Sebastian at the end 😂 pic.twitter.com/mtkAysjZPt

And finally, the king of heartbreak over team radio and in our opinion the No.1 controversy.

“Fernando is faster than you, can you confirm you understood that message?”

At a time when team orders were banned, this was the way Ferrari found to tell Felipe Massa to move over for Fernando Alonso at the 2010 German Grand Prix and allow him to take the win.

Alonso was ripped to shreds by the media in the post-race press conference, and it was hard to feel sorry for him as a gutted Massa sat there looking like he was desperate just to be anywhere but in that room.