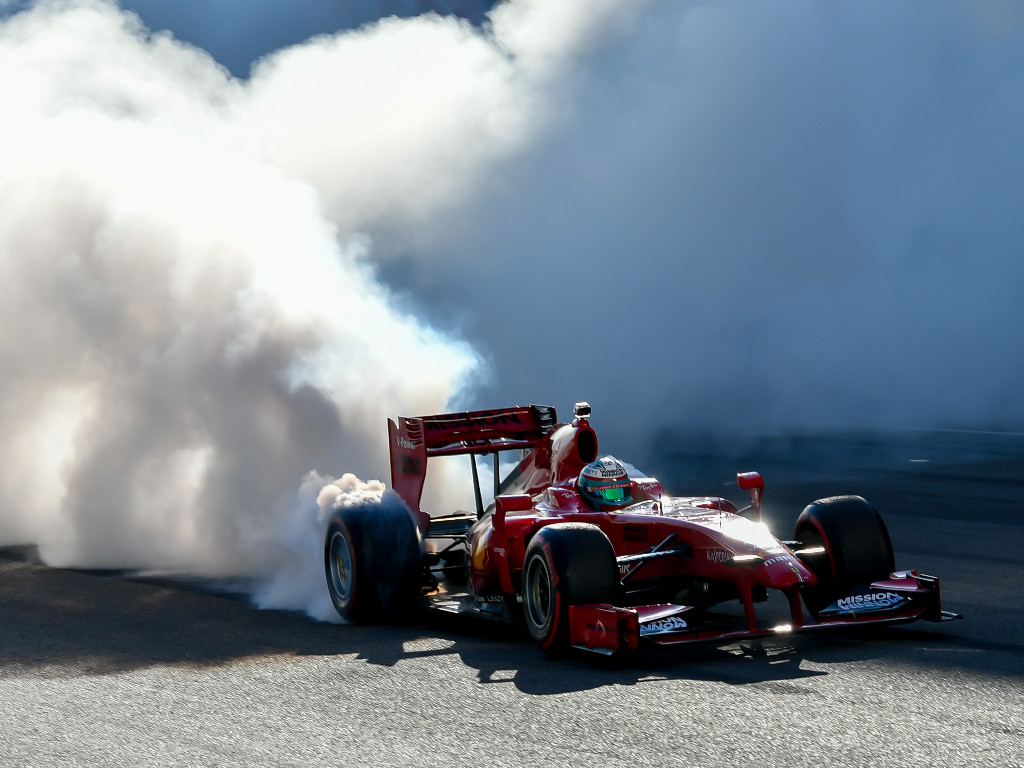 For the first time in 38 years, a country is hosting three Formula 1 events in a season. That honour is going to to the picturesque nation of Italy.

Part one of three, Formula 1’s traditional Italian Grand Prix at Monza, served up an all-time classic as Pierre Gasly took his first victory in Formula 1 driving for AlphaTauri, ironically twelve years after Sebastian Vettel pulled off the same achievement at the same place when the team were known as Toro Rosso.

But now it’s time for an unknown, Ferrari may have sound knowledge of Mugello thanks to hours spent testing there, but for the other nine teams they’ve had to make do with the simulator until now.

Ferrari are set to bring a one-off dark red livery with them to Mugello in a nod to their design from 1950 when they first appeared on the F1 grid, but that won’t distract them from the fact they can’t afford to repeat the disastrous double-DNF of Monza.

The start times for the Tuscan Grand Prix are as follows:

Where does the 2020 Tuscan Grand Prix take place? 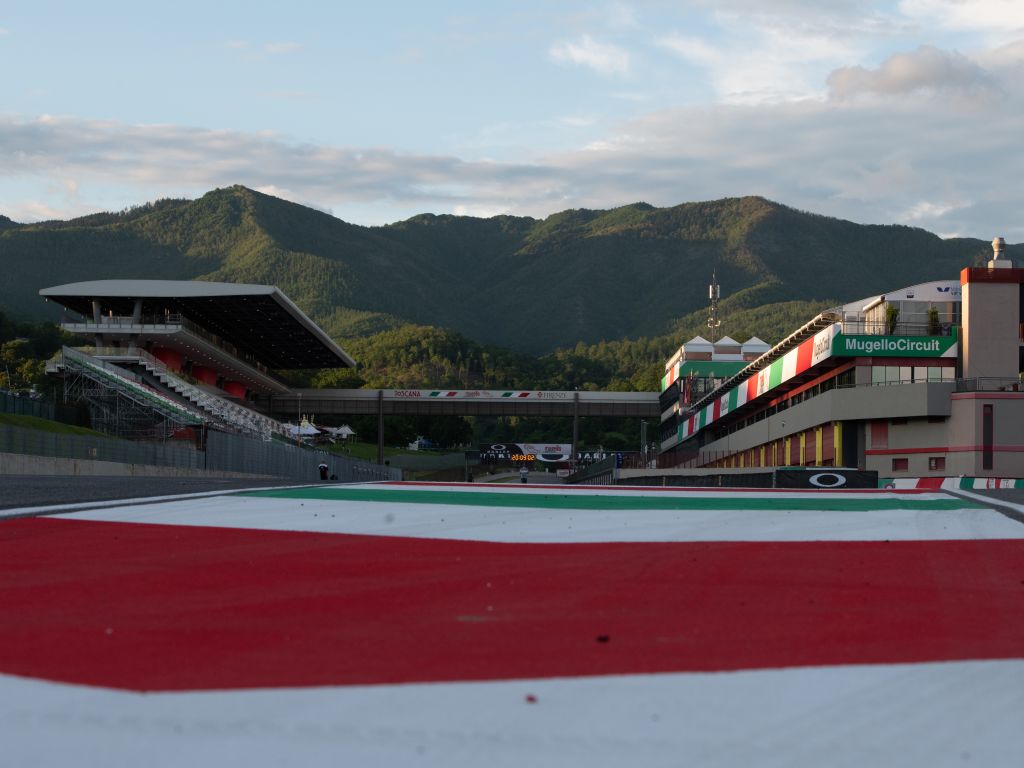 Mugello Circuit, based in Scarperia e San Piero, Tuscany in Italy, has until now been a testing ground for the Ferrari team.

In 2020 that privacy will be gone though as Ferrari welcome all other nine teams into their back yard for the Tuscan Grand Prix, which will also serve as Ferrari’s 1000th race.

This track will hold 50,000 spectators in its stands and features 15 turns, all of which are medium to high-speed sweeping corners, and in a current Formula 1 car this demanding 3.259-mile circuit is sure to challenge the drivers physically like few other venues on the regular calendar, especially their neck muscles.

Whilst motorbike racing is usually what makes up the schedule here at Mugello, there has been four-wheel action in the past with DTM holding an annual event between 2006-08.

Sunday’s race will be held over 59 laps.

Where can I watch the 2020 Tuscan Grand Prix on TV?

The Tuscan Grand Prix will be shown live on TV on the following outlets in other key markets:

What are the odds for the 2020 Tuscan Grand Prix?

Latest bookmaker information shows that despite Pierre Gasly’s heroics at Monza, he remains well down the pecking order to win the Tuscan Grand Prix. Instead Championship leader Lewis Hamilton is heavy favourite, with the bookies making Valtteri Bottas a distant second favourite.

What is the weather forecast for the 2020 Tuscan Grand Prix?

Which drivers have won the 2020 Tuscan Grand Prix? 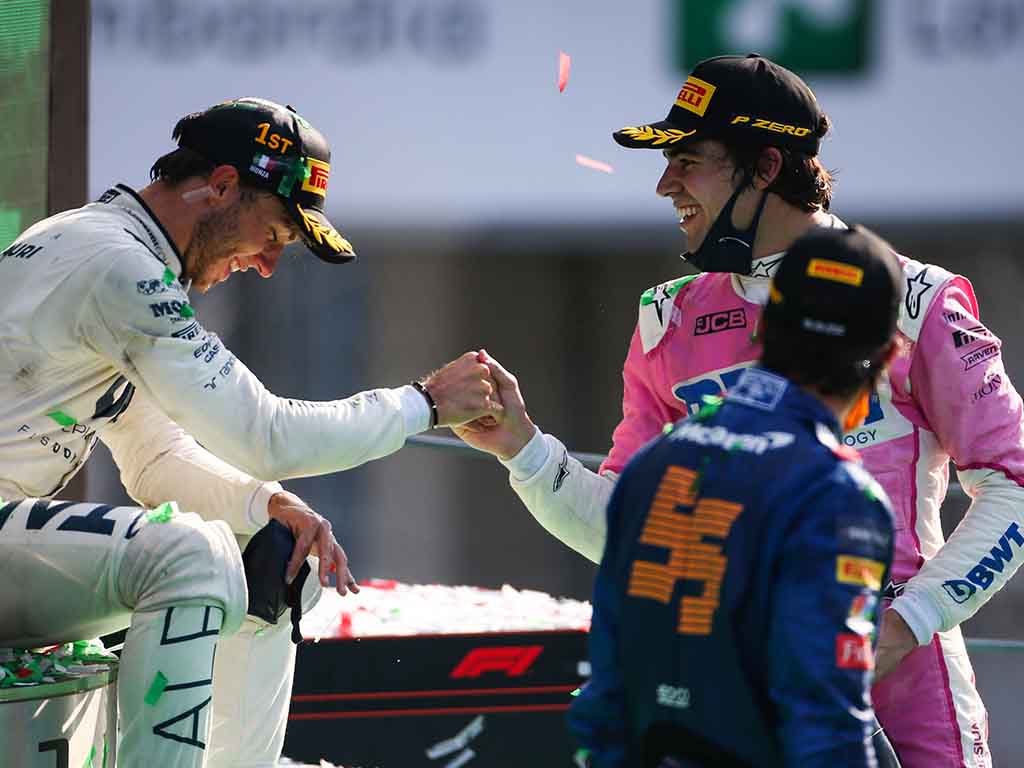 We will get our answer on Sunday since the 2020 Tuscan Grand Prix is the first in Formula 1 history, whilst a Formula 1 race has never taken place at the Mugello circuit. Exciting times!

What is the starting grid for the 2020 Tuscan Grand Prix?

Mercedes continued their run of clinching every pole position so far in the 2020 campaign and it was Lewis Hamilton who pipped Valtteri Bottas to the number one spot.

Both Red Bulls are poised behind the Silver Arrows on the second row, while Racing Point’s Sergio Perez has a one-place grid drop for causing a collision with Kimi Raikkonen in free practice.

*1 place penalty applied for causing a collision in free practice

Eight races into the season, here is how both of the 2020 Championships look at the top end:

The Mugello Circuit won’t only test the fitness of the drivers, it will also put the Pirelli rubber through its paces.

The fast, sweeping corners will see drivers putting plenty of load on their tyres, and for that reason Pirelli will bring the hardest compounds in their range to the Tuscan Grand Prix.

That means the C1s will be the hard tyres, the C2s are the medium compound and the softest rubber available will be the C3s.

Pirelli’s compounds range from C1 to C5 with the tyres getting softer and grippier as the number increases.