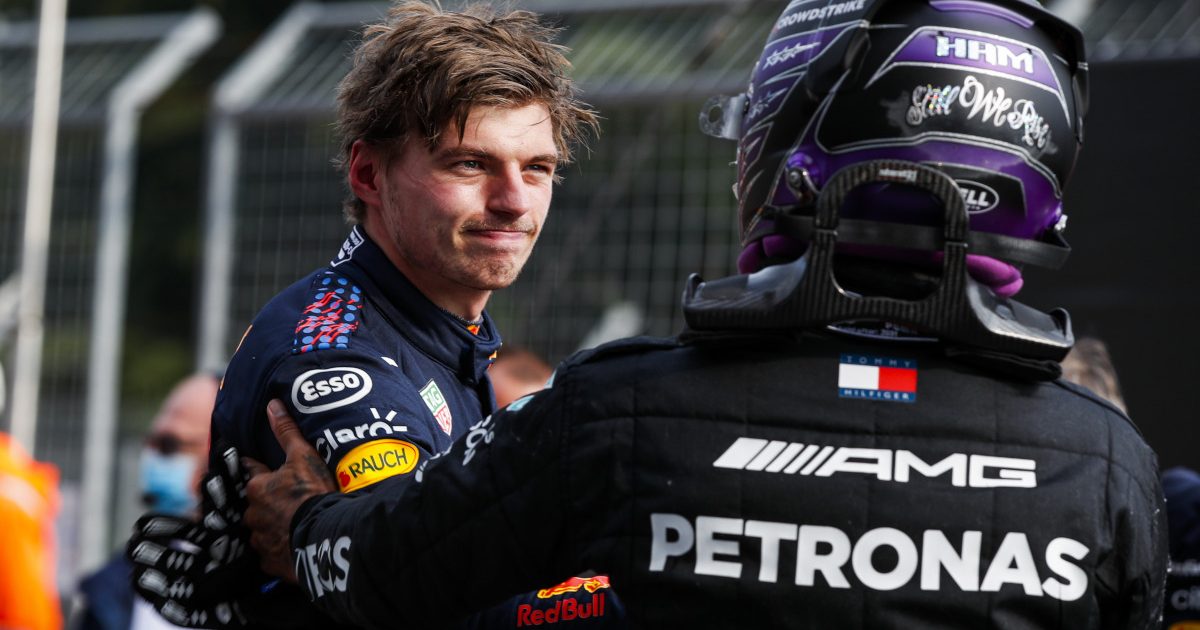 If history is anything to go by, holding on to his title lead over Lewis Hamilton will be quite the task for Max Verstappen at the United States Grand Prix.

The Dutchman has by no means been poor at the Circuit of the Americas in the past. One of the highlights of his rookie season was when he finished P4 there in his Toro Rosso, while he has stood on the podium in the last two American races and nearly did so in 2017 when he made an audacious last-lap move on Kimi Raikkonen that was deemed illegal.

However, that record pales in comparison to Hamilton’s, with the Mercedes man having won five races and two titles in Texas. While not in a position to clinch the World Championship there again this year, a sixth victory would help his chances a huge amount, wiping out the six-point deficit he currently faces.

Past results are not the only reason Hamilton heads across the pond as the favourite. In recent rounds, Mercedes have been stronger than Red Bull fairly comfortably and look set to be again.

The German team have comfortably gained the upper hand on their opponents when it comes to straight-line speed – so much so that Red Bull are seeking answers from the FIA – and that is an area that is crucial at the next track on the calendar.

Simply put, unless Hamilton has reliability issues or gets caught up in an incident, Verstappen will surely have to deliver one of the drives of his life if he wants to extend his championship lead.

His task will at least be made easier if he has some help from his team-mate, Sergio Perez, like he did in the last race. If the Mexican and Valtteri Bottas both pick up where they left off, things could get very interesting indeed.

We can’t wait to be reunited with our American #Tifosi 🥰

Mercedes are not the only team to have made big strides when it comes to straight-line speed in recent times, with Ferrari also doing so thanks to their new power unit.

That gave them the advantage over McLaren last time out in Turkey and the gap between the two in the fight for P3 in the Constructors’ Championship is now just seven and a half points.

If the British team want to stay ahead, they will need Daniel Ricciardo to perform at a better level than he has for much of this season. They can take some hope from the fact that last time he raced at this circuit, he finished P6 in a Renault and the last time he made it to the finish line there before that, he stood on the podium.

Ferrari have no such problems when it comes to their drivers, with both Carlos Sainz and Charles Leclerc in excellent form. However, with just half a point separating them in the standings, things could potentially get a bit feisty between the two of them.

That would play into the hands of the rest of the midfield, of which Alpine will hope to be strongest. The French team have managed to score points at every race since round two and in Fernando Alonso, have a driver that has only finished outside of the top six once when making it to the finish line in Austin.

Mind you, the Spaniard may well have to make do with inferior machinery to his close rivals, with both Aston Martin and AlphaTauri having stronger races last time out.

Pierre Gasly in particular will be a threat. After failing to score points in Italy and Russia, the Frenchman secured his sixth top-six finish of the season at Istanbul Park.

He may not get too much help from his team-mate though. Yuki Tsunoda has struggled at the circuits he has never raced at before this season and COTA falls into that category.

It is a similar story with the Aston Martin drivers. Sebastian Vettel has enjoyed a lot of success in Austin, winning once and finishing in the top three four times, but Lance Stroll has never scored points in three attempts.

Back on track. Austin up next! 💪 pic.twitter.com/HOkWNmB2HC

To be fair to the Canadian though, he was in a Williams in two of those three races and the British team have not enjoyed much success at this track. Going by the last race, in which both drivers were a fair way off the top 10 on both Saturday and Sunday, that will remain the case although their car should be better suited than it was to Istanbul Park.

Even so, it will most likely be Alfa Romeo rather than the midfield runners they will spend their weekend fighting, and the Swiss-based team desperately need to prevail in that battle if they want to keep alive their razor-thin hopes of taking P8 in the Constructors’ Championship from George Russell and co.

Regardless of how they perform, there will probably be more interest than usual in Alfa from the stands given their recent links with the American names of Andretti and Colton Herta.

Speaking of American names, Haas will not be feeling very optimistic about having a happy homecoming, even though Mick Schumacher made it to Q2 in Turkey. Quite frankly, if they are to score points on home turf for only the second time since joining the grid, they will need nothing short of a miracle.