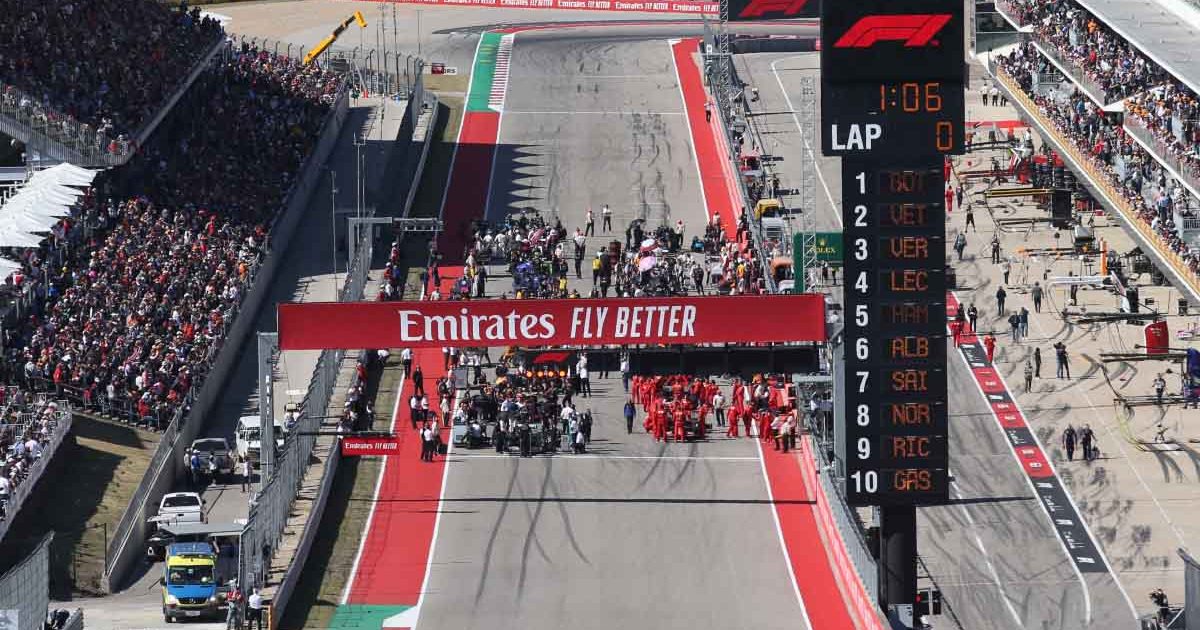 Six rounds remain in the 2021 title fight, and Red Bull head to the US Grand Prix desperately in need of an answer to Mercedes.

In a thrilling title battle which has ebbed and flowed between the two rivals, Mercedes struck the latest blow with a dominant display in Turkey.

Valtteri Bottas took the chequered flag comfortably, and were it not for some fierce defence from Sergio Perez and Yuki Tsunoda before, Lewis Hamilton may well have recovered from his 10-place grid drop to a podium spot, or even the win.

What is for certain, Red Bull are concerned over Mercedes’ blistering pace in a straight line, so desperately need a strong showing at the Circuit of the Americas to calm any late-season jitters in their title bids.

🔟 years ago… 😲 Oh, how you have changed @COTA 🇺🇸 pic.twitter.com/2zwmki24HE

Where does the 2021 US Grand Prix take place?

The Circuit of the Americas (COTA) has been on the Formula 1 calendar for almost a decade, and the 3.426-mile anticlockwise Hermann Tilke-designed circuit was laid out with the intention of using elements from some of the most popular corners from tracks around the world, to effectively create a ‘super-circuit’ in Austin.

The sweeping Turns 3, 4, 5 and 6 are meant to replicate the famous Maggots and Becketts section at Silverstone, while the long drag around Turns 16, 17 and 18 is meant to be a right-handed replica of Turkey’s infamous Turn 8.

Drivers enjoy the challenge of the flowing circuit with a tricky, technical final sector and, with plenty of elevation change to boot – particularly the uphill slope to the hairpin of Turn 1 – and the track has been treated to iron out some of the bumps which have emerged over time, meaning drivers are likely to be able to push harder this year.

With that combination, it’s hardly surprising that Austin has become a staple destination in Formula 1, and plenty of other series too.

MotoGP, IndyCar, Endurance racing, GT3 and NASCAR are all among the machines to take to COTA, making it a versatile motorsport venue all year round.

For UK viewers, every session, from the start of FP1 to the end of the race, can be found on pay-TV broadcaster Sky Sports. A live stream of their coverage can also be accessed via Now TV.

If you have F1 TV Pro, you can watch all the action live from Austin. Please check to see if F1 TV Pro is available in your country.

The United States Grand Prix will be shown live on TV on the following outlets in other key markets:

What is the starting grid for the 2021 US Grand Prix?

Here are Planet Sport Bet’s latest odds on the winner of the United States Grand Prix:

What is the weather forecast for the 2021 US Grand Prix?

While the weather can vary in Austin at this time of year, it’s due to be a warm and dry weekend throughout:

Directions to the US Grand Prix

The official COTA website says that guests are encouraged to use Waze to help find the best way to get to the circuit.

Open the Waze App on Android or iOS and enter in the lot you’re headed to (ex: “Lot T – COTA”). The best driving route to that parking lot will appear.

This weekend will see the ninth running of the United States Grand Prix at COTA, which has proven to be a popular addition to the Formula 1 calendar since its introduction.

It has very much been a Hamilton stronghold for most of that time, too, with the Brit having won five of the eight editions of the race held in Austin.

However, Finland has given us the last two winners of the race, with Kimi Raikkonen and Bottas having taken top honours in 2018 and 2019 respectively.

The previous winners in Austin are as follows:

Full standings can be found here.

Tyre choices for the 2021 US Grand Prix

As was the case at the Turkish Grand Prix, Pirelli are bringing the three compounds in the middle of their range to Austin: the C2, C3 and C4 tyres.

This will make the C2 the hard compound, the C3 and medium and the C4 as the soft on a track with varying demands sector by sector.