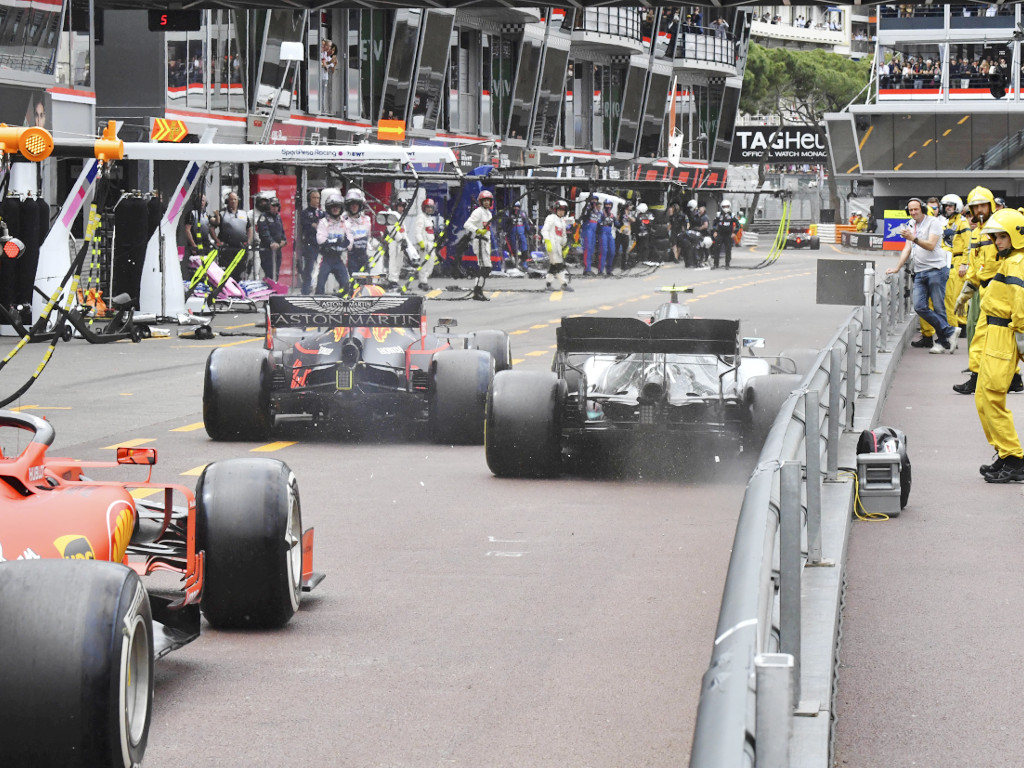 How does Max Verstappen’s unsafe release, the puncturing of Valtteri Bottas’s tyre and putting the lives of pit crews in jeopardy equate to a five-second penalty when all Antonio Giovinazzi did was slow Robert Kubica to earn a 10s penalty?

The answer: by racing in Formula 1.

Formula 1’s stewarding and penalty system has long been the butt of many a joke.

Without permanent stewards in place, the decision making on any day of a grand prix weekend is all often subjective.

That meant in Monaco on Sunday that this…

Monaco: home of the slowest accidents on the F1 calendar pic.twitter.com/XDuIfOY63v

Was worth five seconds, while this…

How is that even possible?

Racing for position, potentially the race win, Red Bull were quick to release Verstappen from his pit stop as the top four all came into the pits during a Safety Car period.

Red Bull, though, were too quick and put the Dutchman into the path of Bottas.

He hit the Mercedes, punctured Bottas’ tyre, got out ahead of the Finn and then cost him an additional position as he had to pit again for another set of tyres and – take a look at how close pit and safety crews were in the below pic – he also put lives at risk.

LAP 9/78: Bottas and Verstappen touch as they pit under the Safety Car 😯#MonacoGP 🇲🇨 #F1 pic.twitter.com/ZwPdPPqbC1

So that’s a) unsafe release, b) causing a collision and c) gaining an advantage.

He was hit with a five-second timed penalty and yet Giovinazzi, who only caused a collision – albeit one that cost Kubica positions but which didn’t damage either car – was given a 10-second punishment.

The stewards explained Verstappen’s penalty: “Car #33 struck car #77 while continuing the move towards the fast lane and subsequently pulled ahead gaining a sporting advantage following the contact.

“The stewards believe that although ahead at the time the driver had the opportunity to avoid the contact contributing to the unsafe release.”

Then they explained Giovinazzi’s: “The Stewards considered that the passing attempt by car 99 was too late to be executed and that he was wholly at fault for the collision with car 88 in turn 18.”

And given that Lance Stroll and Kevin Magnussen were also penalised on Sunday for having “gained an advantage”, five seconds each, that should bring Verstappen’s tally to 10 for contact, five for gaining an advantage and at least five for an unsafe release.

Only a 20-second penalty or a drive-through – about 22s – would have been a just call.