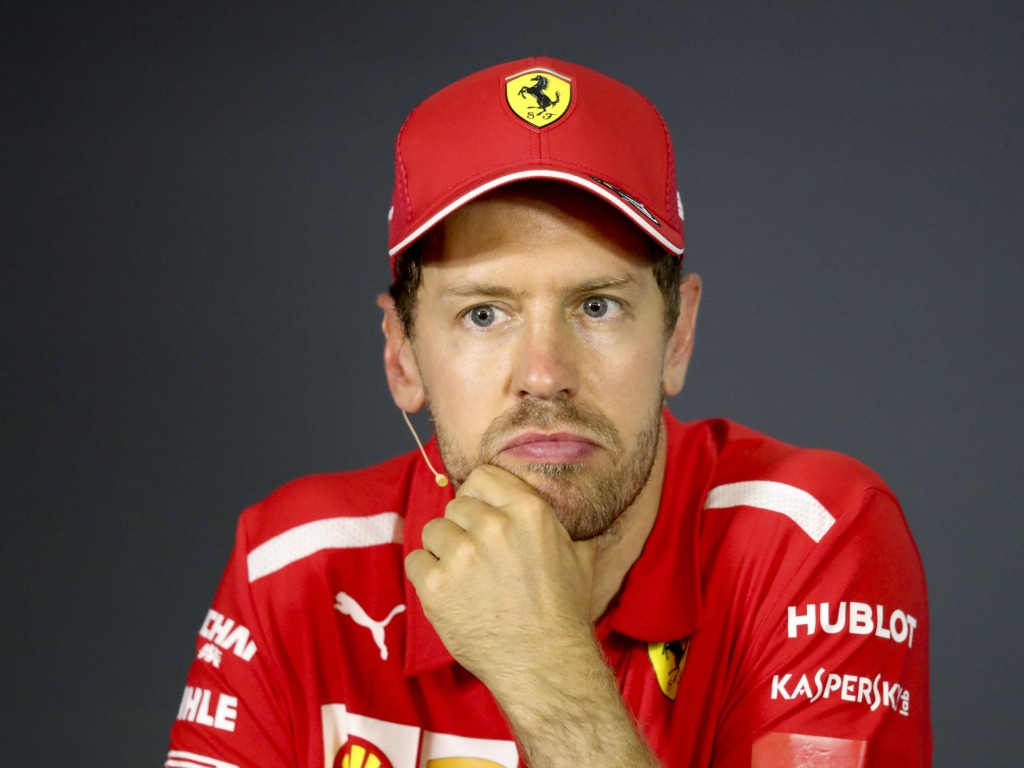 There is only one thing people are talking about after the Canadian Grand Prix…Valtteri Bottas’ P4 finish. No, just kidding.

Here are just some of the views from our readers about the controversial Sebastian Vettel penalty.

For me, it was harsh, As a fan of F1, I would have much preferred to see the battle for the lead proceed unimpeded. That said; if you give Verstappen a penalty for what he did last year to Raikkonen in Japan then this must also be a penalty.

Vettel; having gone off the track; was responsible for returning to the track in a safe manner. When someone has to slam on the brakes to avoid you or be put into the wall, that is not a safe return to the track.

The most important point is that squeezing Lewis into the wall is the only reason Vettel kept the lead there. Without doing that, he lost enough speed by going off that Hamilton would have passed him there.

So to allow Vettel to profit from going off track would be wrong. It’s not fun for the fans to see a race decided like this but I find the penalty to be not only consistent with past applications but also fair and appropriate.

You guys have really lost all context… This is really not the controversy that you seem to be making out, if this happened half way down the grid nobody would be talking about it.

Facts are he made a mistake and rejoined the track very very aggressively, still accelerating and nearly put another driver in the wall if they had not taken avoiding action and got on the brakes.

Penalty is really not that controversial, a bit harsh probably but it’s not a big gasping moment.

Rules are rules and you can’t just ignore rules because it’d be nice for the sport or as a favour to vettel. You know I am sick of Man City winning everything all the time but I wouldnt expect the officials to let an offside goal slide for their opposition.

There was a nice gesture from Lewis Hamilton on the podium 👏 #F1pic.twitter.com/4DPO7FFPgT

What I don’t understand though is that how he was supposed to be in control at that speed.

He was still wobbling around when he came back on. His fault for going off in the first place, but i don’t know what else he could have done. If he put the breaks on with lack of grip due to going off, he could really easily have spun and smacked into Hamilton.

I think this penalty is very very harsh. Hamilton if anything could have seen that Vettel went off and he easily could have been cautious knowing that Vettel may not have control coming back on. But Hamilton was not that cautious there.

But Vettel ended up pushing Hamilton off the track in the same way Hamilton did at the first corner in Baku. And I don’t see how Vettel could help that. I personally don’t understand how it can result in a penalty like this.

You guys are focusing on what Seb couldn’t have done after he made the mistake. And that makes no sense to me. He made the mistake, now his job is to rejoin safely. If he can’t do that that’s still on him. How is it not?

I don’t care what all of the Sky people are saying because I understand that people are getting bored of Mercedes and Hamilton winning all the time. I understand it. I felt the same during the Vettel era. But you’ve got to be able to see black and white and I can see that now very few people can.

The thing is that the stewards applied the rule as they should, it doesn’t matter if they didn’t apply it in Monaco 2017, which imo they would have been well entitled to. It was a slam dunk penalty. Shame it had to come to that, but it is done.

Only himself to blame

The rules state you can’t rejoin the track into the path of another car, therefore the penalty is correct.

Vettel complains he had no choice but to rejoin. Well he could have chosen not to drive so fast as to go off the circuit in the first place. Lewis did not have a choice at all and stuck to the tarmac / asphault.

Vettel’s problem is he is making mistakes, not the stewards stealing wins. Ferrari have a decent engine but the car is lacking.

Let’s break the incident down.

Firstly – there seems to be no disagreement that Vettel made an error leading to his off track excursion.

This then leads to two possibilities:

1. Vettel regained control in time and deliberately, or instinctively made contributing actions that shut the door on Hamilton.

2. Vettel did not regain control of the car in time, and by the time he was back in control, the door had already been shut.

I think that in the case of #1 that most people would agree that a penalty of some description is justified.

So let’s explore option 2 and assume Vettel was not in control of his car until after Hamilton had had to take evasive action.

So first things first, if Vettel’s out of control trajectory had left Hamilton with enough room, then Hamilton would have got past and with Hamilton’s pace, Vettel would not have been able to stay in touch to retake the position.

Option 2 leaves us in a position where it’s an entirely subjective opinion on what people feel is right in this set of circumstances – there is no doubt that Hamilton did pressure Vettel and that provoked an error that should have allowed him past, however Vettel’s out of control trajectory prevented him from collecting it.

Now – often you will see teams advice their drivers to concede the position in this case to avoid the penalty, however even if Ferrari thought it was likely he would get a penalty for it, it was better to take the penalty than concede the position. So Ferrari were definitely right from a strategic point of view to not advice this as it would be no different to the situation that would have occurred Vettel hadn’t block Hamilton.

Hamilton would have sailed off into the sunshine. They had to take the chance they wouldn’t get penalised and if the penalty did come through – of which a 5 second penalty was always the likely outcome – the tactic would be to hope Hamilton’s tyres and brakes cooked in Vettel’s hot wake and they could pull out a gap at the end.

Option 2 therefore basically boils down to your position on whether or not you feel that a driver who effectively lost a position from making a error but their fortuitous out of control trajectory should automatically lose that position, or whether you feel that it was just a racing incident and if Hamilton was able to pressure an error once then he should do it again.

I personally feel that it probably boils down to whether or not Vettel lifted sufficiently, or if he could straight back on the power after rejoining the track.

It’s impossible to tell from the onboard footage whether or not this happened, and depending on the camera angle it changes from looking that Vettel deliberately closed the door, or was a complete passenger or somewhere inbetween.

I also personally don’t think it’s by any means one of F1’s most controversial decisions in terms of the isolated incident. It only becomes controversial because of the impact it had on the race results. Ultimately, you cannot deny that Vettel made an error, and that the fall out of that error led to Hamilton not managing to pass him.

If this had been for 8th place, it certainly would not have attracted anywhere near this level of debate. It also comes off of the back of a season of Mercedes domination (this is their 9th win in a row, and they are now 1 away from equally their previous stretch of 10 in a row, and two away from equalling McLaren’s record of 11 in a row) – to the casual fan, there is the impression that Mercedes are the FIA’s favoured child – much in the same way Ferrari was accused of FIA favouritism during the ‘Ferrari International Assistance’ era of the early 2000s.

This decision, especially in light of the 7 wins from 7 races, only serves to deepen that impression. 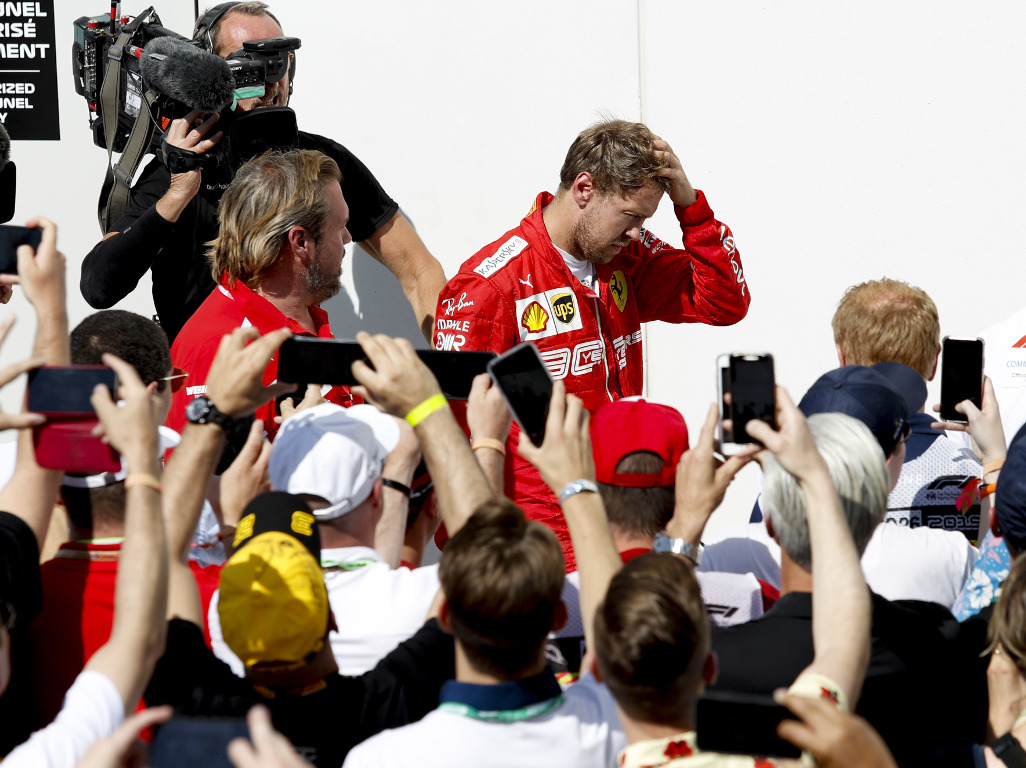 Stewarding has been weak for too long in my opinion, by weak I mean both wrong weak and gutless weak. However, its a symptom of the modern climate of racing to make the possibility of injury as low as possible.

Adding halos now screens, wheel tethers, etc. is meaningless if stewarding allows almost anything potentially dangerous, I think a penalty was inevitable after grid penalties for minor baulking in practice and quali were imposed. I agree permanent stewards are the way to go for consistency, to say they are too expensive is a nonsense in my view.

Attitudes to safety have got harder and harder since the death of Jules Bianchi and its a trend that will continue.

Sorry to tell you but the nanny state has already hit F1, expect the rule book to decide more races in the future.