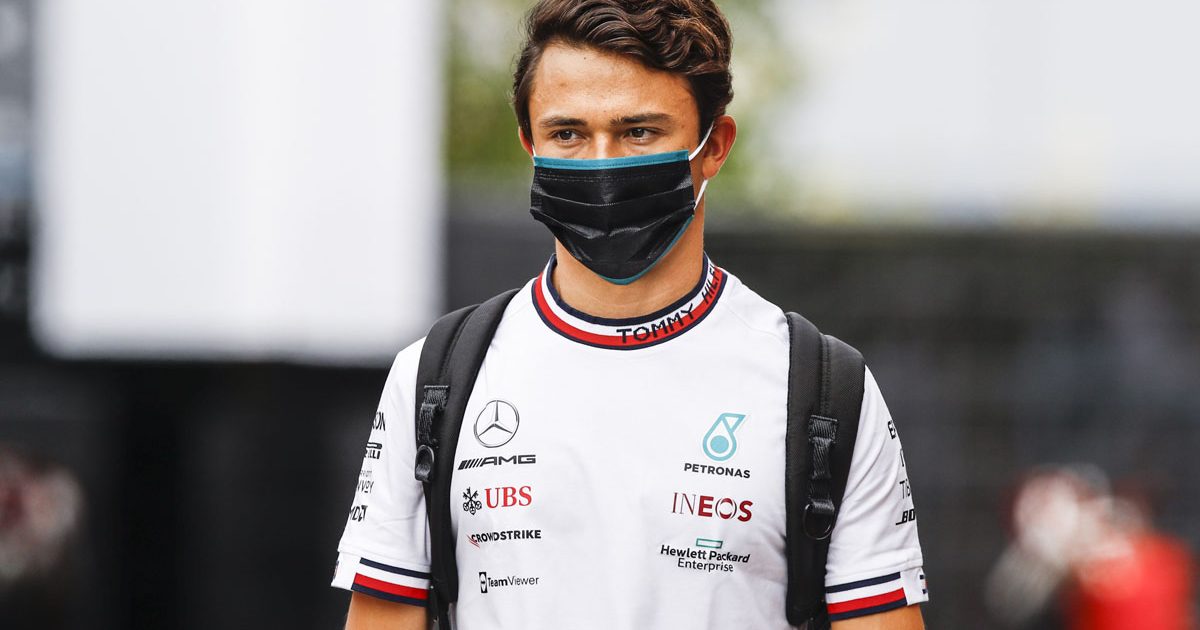 Nicholas Latifi’s future at Williams looks almost certain to be confirmed for next season but with the driver market up in the air, we have taken a look at who could be partnering the Canadian in 2022.

The big question mark for Williams was whether or not George Russell will move to Mercedes for next year. But now this long-awaited news has finally been announced, this leaves Williams with at least one seat to fill.

Williams will remain tight-lipped on their own line-up until that decision has been made, and team principal Jost Capito said the team have a “long list” of drivers from which to choose to drive their cars next year.

Here are just a few of the candidates who could step in Russell’s soon-to-be-vacant Williams machinery in 2022:

Dutchman De Vries would be far from being Formula 1’s youngest debutant as he will be 27 by the time the new season comes around, but he can count himself among the drivers in motorsport who have probably been unlucky to have not earned a chance in F1 so far.

The Mercedes reserve driver has starred in the junior categories, having won the Formula 2 title back in 2019, and having become Formula E’s first official FIA-recognised World Champion, alongside competing in LMP2 racing this season.

Like Russell, his Mercedes affiliation could be a useful factor for him gaining the seat due to Williams’ engine partnership with the team, and he clearly has the speed to be able to compete at some of the top levels of motorsport.

De Vries took part in last year’s end-of-season young driver test for Mercedes, but he remains a relatively unknown quantity behind the wheel of a Formula 1 car in race trim, which could count against his chances of a Williams seat.

Perhaps the driver furthest along in his development among the small army of Alpine junior drivers, Guanyu Zhou’s reputation is very much on an upward trajectory.

Now in his second season as test driver for the Enstone team, Zhou’s progress in single-seaters over the past 12 months has been impressive.

Having never previously won a title after graduating from karting, the Chinese driver earned the F3 Asian Championship title earlier this year and currently sits second in the standings in Formula 2 after three wins in 2021 so far.

The 22-year-old has tested Formula 1 machinery on a couple of occasions already, and took part in first practice at the Austrian Grand Prix in July, which hints at an increased involvement in F1 running in the future. A certain Fernando Alonso being impressed with Zhou’s performance will also help on that front.

Given Alpine have both seats for next season effectively decided, they have not ruled out trying to place one of their drivers in another team to give them valuable F1 experience.

Zhou is likely to have more of an outside chance than others to get the seat, however, and potentially being the first fully-fledged Formula 1 driver to come from China not only opens up a plethora of marketing opportunities for Williams, but for the whole of Formula 1 as well.

The experienced German has admitted himself that 2022 is pretty much a last-chance saloon for his Formula 1 career and a return to his former employers would see him bring valuable experience to the team, which could prove significant given the brand new cars on show next year.

The current Aston Martin reserve driver showed he still has the pace, too. After subbing in for Sergio Perez at Racing Point last season at Silverstone, he put his car P3 on the grid for the 70th Anniversary Grand Prix and was running in fourth for much of the race – before an extra pit stop dropped him to P7.

Hulkenberg, who gained an unlikely pole position for Williams at a wet Interlagos in 2010, would bring around 180 grands prix worth of knowledge with him to Grove, which is not to be sniffed at ahead of an unpredictable year.

While he has never finished on the podium in F1, the 33-year-old would certainly be a safe pair of hands at the wheel in 2022.

The Russian has made no secret of his desire to get back into a race seat in Formula 1 after leaving AlphaTauri at the end of last season.

He has since remained in the paddock by taking on reserve duties with Alpine, and a report from July suggested the ‘Torpedo’ is another name in the running to take on the potentially vacant position at Williams next year.

A move to the Grove-based team would see Kvyat take a seat outside the Red Bull stable for the first time, and he has said previously he not only wants to get back onto the grid but he wants to do so as soon as possible in a “crucial few months” for him in his career.

Given the other options available to the team, however, he would need to put a strong case together for himself to be able to rise above the other candidates for this seat.

Another driver left out in the cold by Red Bull, Alex Albon would represent another outsider option for the Williams team given they are more associated with Mercedes rather than their nearest rivals.

Toto Wolff confirmed this would be the case, urging Red Bull to release Albon from their programme if he is to join Williams, as Mercedes would not want to see a direct competitor in one of their customer cars.

By going from the Formula 1 grid to reserve duties and some DTM races, it will no doubt be giving Albon some pretty itchy feet on the sidelines.

With AlphaTauri having confirmed Pierre Gasly and Yuki Tsunoda will continue for another season, Red Bull could try and loan Albon out in order to get him back on the grid again or Albon could make the brave decision to go his own way and carve out his Formula 1 career that way. It worked for Carlos Sainz…