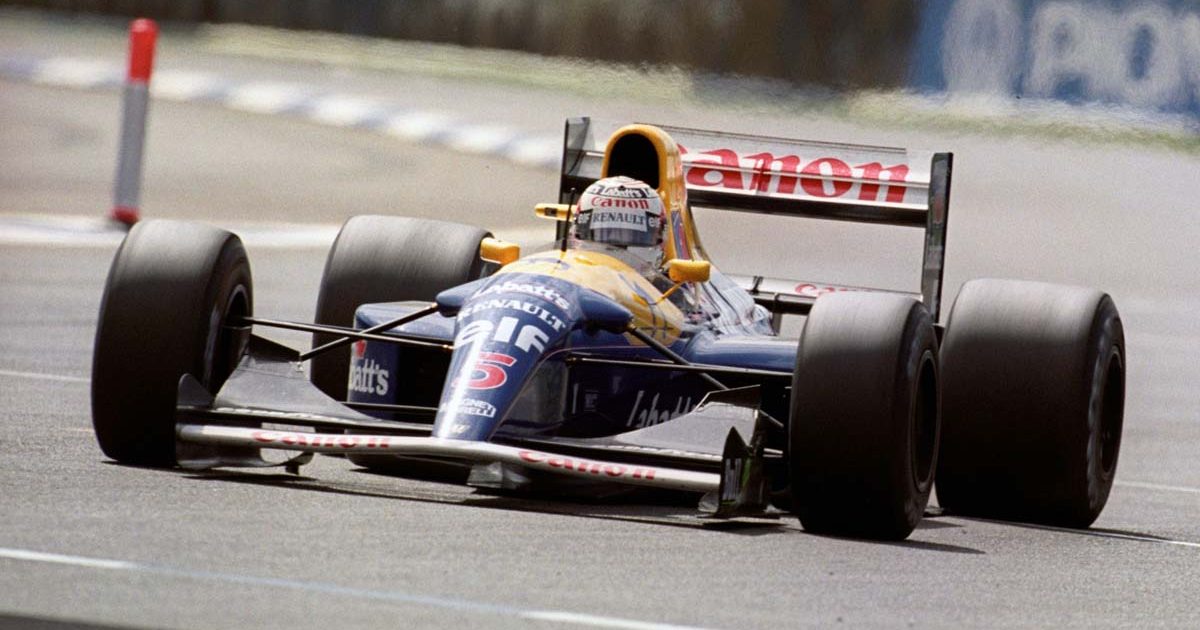 With Williams celebrating their 750th grand prix, we have picked out some of the best moments from their time in Formula 1.

With a team that has such a rich history and has achieved so much, it is of course impossible to include every great moment, but here are 10 of the best… 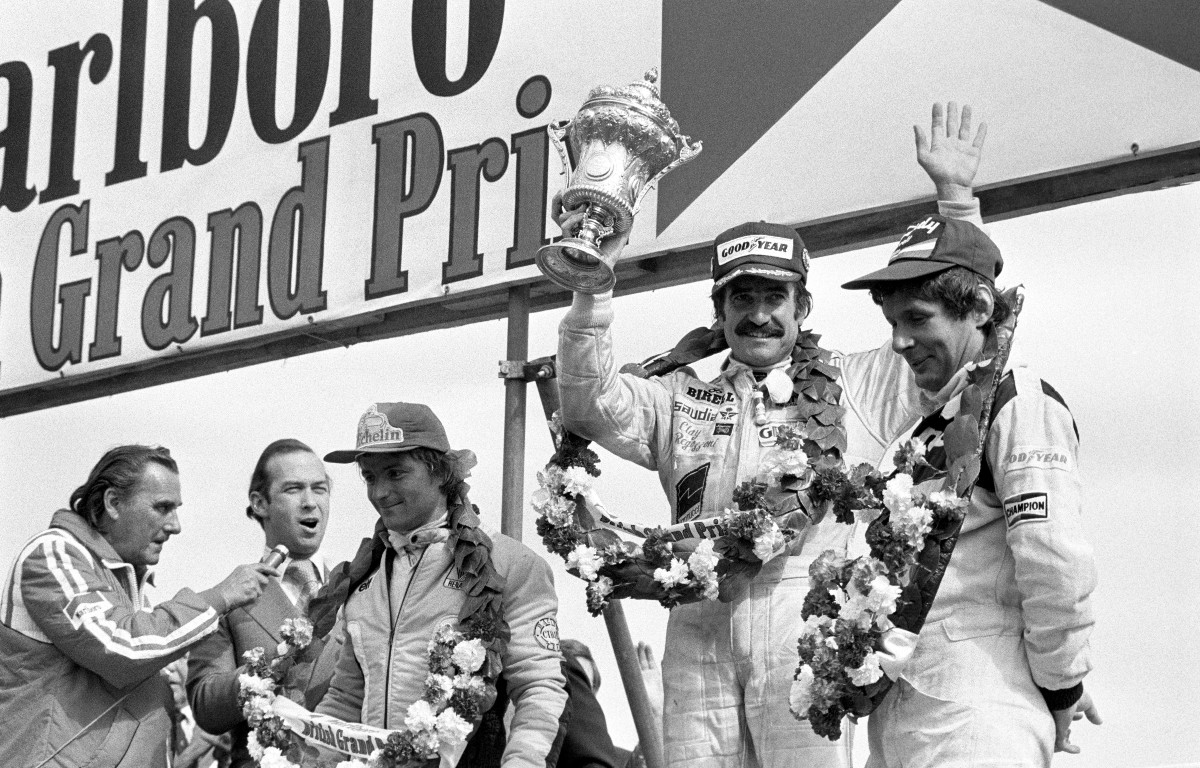 As the saying goes, you never forget your first…

Heading to Silverstone in 1979, Williams had only been around for two seasons but had started to impress, scoring one podium at the end of 1978 and two in the first half of the 1979 campaign. However, that first victory eluded them. If they could take it on home turf, it would be a real fairytale story.

They looked capable of doing so from the start of the weekend with Alan Jones taking pole position. In the race, things continued to go well with Jones staying in the lead and team-mate Clay Regazzoni sitting close behind him in P2.

That proved crucial as, when Jones retired with an engine issue with 30 laps to go, Regazzoni was ready and waiting to pick up the pieces and give the team their first ever victory.

It well and truly put the team on the map and signified the start of their enormous success as they went on to win races in each of the next eight seasons.

On top of the world

With the Constructors’ Championship already secured, Jones entered the race a point behind Nelson Piquet with two rounds left. With the Brazilian taking pole by almost a second, Jones and Williams were very much the underdogs, but everything changed when Piquet retired from the lead with an engine issue on lap 24. Suddenly, the World Championship was within reach. All Jones had to do was win.

Doing so looked unlikely though, with the Australian struggling to hold off Didier Pironi after picking up damage at the start. However, the Frenchman was then given a one-minute time penalty for jumping the start, so Jones let him through and stayed close enough to take the win and the title.

What’s more, the other Williams driver, Carlos Reutemann, ended up finishing in P2 after some late chaos. A win, a 1-2 finish and the team’s first two titles in the bag. The perfect day.

Three years on, the team were not nearly as dominant, failing to score a podium in the first four races of the season. In round five though, they tasted victory again thanks to an absolutely stunning drive from Keke Rosberg in Monaco.

The Finn had been feeling ill all weekend and with rain covering the streets of Monte Carlo, finishing the race seemed unlikely for him. Winning it, especially given he started in P5, was unthinkable. Despite not being in peak condition though, he opted to take a risk and start on slick tyres, and it proved to be a masterstroke.

He flew off the line to move straight up to P2 and was leading by the end of Lap 1. After that, the only time he would be anywhere near another car was when he was lapping them. He was quite simply on another level to the rest of the grid.

With him crossing the line around 20 seconds clear of Piquet and lapping all but four cars, it was one of the most dominant displays ever seen at Monaco and still one of the team’s greatest victories.

There are many iconic images and clips from over the years featuring a Williams car, and right up there with the best of them is Piquet passing Ayrton Senna in Budapest.

Driving for the team he had once been such big rivals with, Piquet was keen to prove he was still Brazil’s best, and this was his chance to do so as he and his compatriot battled it out for the win.

He had already passed Senna twice but found himself trailing with 20 laps to go. He was not going to settle for P2 though. The double World Champion pulled out of the Lotus’ slipstream on the pits straight, dived through a near non-existent gap and flew around the outside of Turn 1, locking up but somehow keeping his car under control.

It proved to be the move that decided the race as he managed to stay ahead and take victory. To this day, few overtakes have been spoken about more.

The inter-team battle of Britain 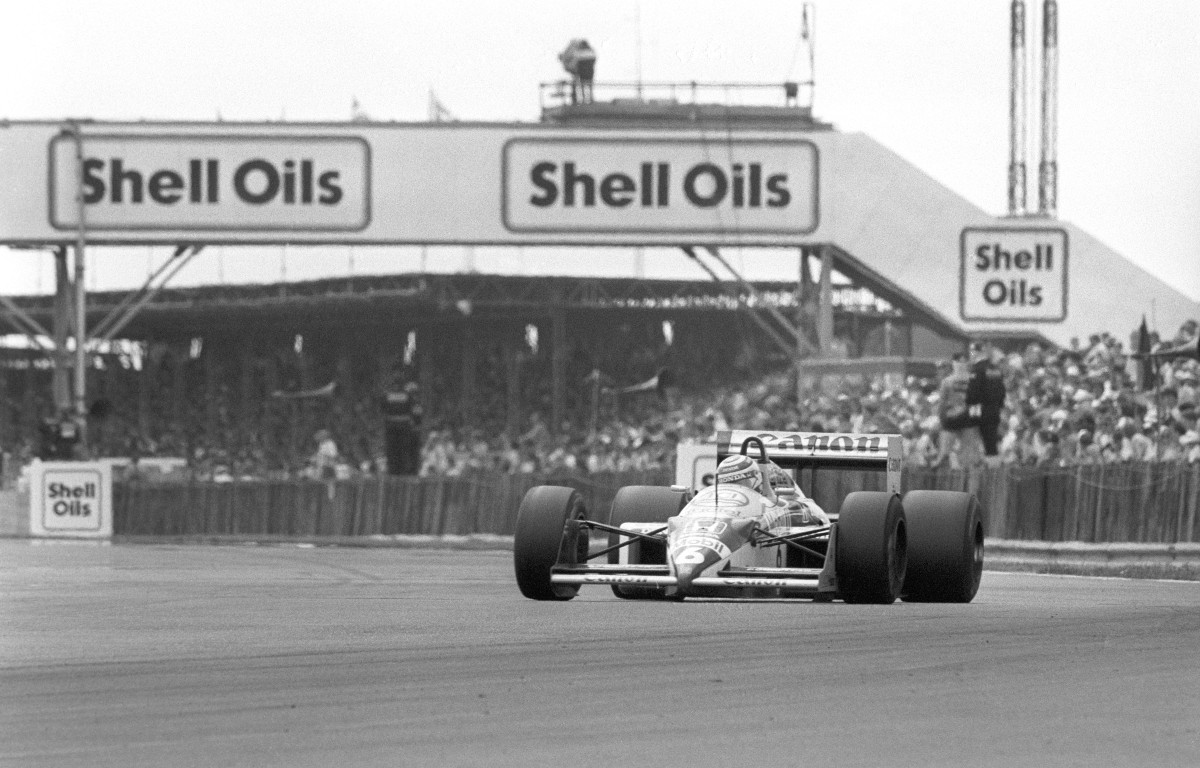 Piquet was involved in another titanic battle the following year, this time with the other Williams driver, Nigel Mansell, as the two spent the British Grand Prix weekend in a league of their own.

The Brazilian took pole position ahead of his team-mate by just 0.07sec – nobody else was within a second of him – and after Alain Prost had briefly passed both at the start, they got back ahead and pulled away from the rest of the field.

However, with both wanting to win and team orders not being issued, it was not going to be a relaxing race for Frank Williams by any means.

The pair set a blistering pace, quickly lapping the rest of the field, with Mansell staying close behind the leader. Disaster struck for the Briton though when he was forced to pit after reporting vibrations. Upon rejoining, he was around 30 seconds behind with 30 laps to go.

However, he closed the gap again and with just three laps remaining, he pounced, making a move at Stowe and sending the home crowd wild as he took the lead and crossed the line just ahead of Piquet…and a long, long way ahead of everyone else.

The entire race weekend was a display of the team’s dominance over the rest of the field and with a British driver winning, they had well and truly become a national treasure.

For most drivers, a win such as that one in 1987 would be the best of their career, let alone clearly the best at that track. The fact that is not the case for Mansell shows just how dominant he and his team were in 1992.

He took pole at Silverstone by 1.9 seconds with a mind-blowing lap, with only one non-Williams car being within three seconds of him, and crossed the line 40 seconds clear of the field on race day. He was simply excellent and driving an equally excellent car, shown by the fact his team-mate Ricciardo Patrese comfortably finished in P2.

What makes the race even more memorable is the scenes that followed afterwards, with ecstatic fans invading the track and mobbing him as he became statistically the most successful British driver ever.

Of all the iconic images associated with Williams, Mansell in a sea of fans trying to make his way to a transit van is right up there with the greatest.

Mansell won eight of the first 10 races that year. He was so dominant it was only a matter of time before he secured the title, but given how long he’d had to wait to become a World Champion, it was still a wonderful moment nonetheless. It came in Budapest, and all he had to do was finish in the top three. Easy right? Wrong.

He dropped down to P4 at the start, got back into P3 five laps later, dropped back down to P4 after going wide and then ended up in P6 after having to pit due a slow puncture. With 15 laps to go, he had to make up three places to secure the title.

His life was made easier by the fact Michael Schumacher got stuck in the gravel and he made easy work of the others ahead of him, charging his way past Mika Hakkinen, Gerhard Berger and Martin Brundle to secure P2 behind Senna.

At the age of 39, Mansell had finally become World Champion after finishing as runner-up on three occasions. Don’t you just love a happy ending?

In terms of raw emotion, few races compare to the 1996 season finale in Japan, in which Damon Hill finally became a World Champion in his last race with Williams.

It was going to be a great day for the team regardless as one of their drivers, Hill or Jacques Villeneuve, was guaranteed to win the title, but with it most likely being his final chance to ever do so, there was arguably more support for the former both within and outside of the team.

Everything fell into place for him on race day ultimately as, while he did not put a foot wrong, Villeneuve retired after losing a wheel, meaning Hill was to be the title winner regardless.

He became the sixth driver to become World Champion for Williams and his triumph was undoubtedly one of the most emotional, shown by Murray Walker’s commentary.

The showdown with Schumacher

Hill’s triumph may have been one of the best emotionally for the team, but Villeneuve’s a year later was perhaps the most dramatic, ending with a final-race showdown with Michael Schumacher, the man who had stopped Hill and Williams from winning the title in 1994 with a hugely controversial move.

The Canadian was one point behind the German ahead of the race in Spain, and there was nothing to choose between them that weekend from the off. Literally. They set the exact same time in qualifying, along with the other Williams of Heinz-Harald Frentzen.

Things proved to be equally as tight in the race as, after Schumacher took and held the lead for the first 40 laps, Villeneuve began to catch him and was less than a second behind by lap 48. He made his move and, like with Hill in 1994, Schumacher defended aggressively, hitting the Williams man and ruining his own race.

With damage, Villeneuve managed to hold on and finish P3 to secure the title, with the Ferrari man retiring and being disqualified from the championship. By also winning the Constructors’ Championship, Williams became the second most successful F1 team ever, and have not enjoyed such success since that day. 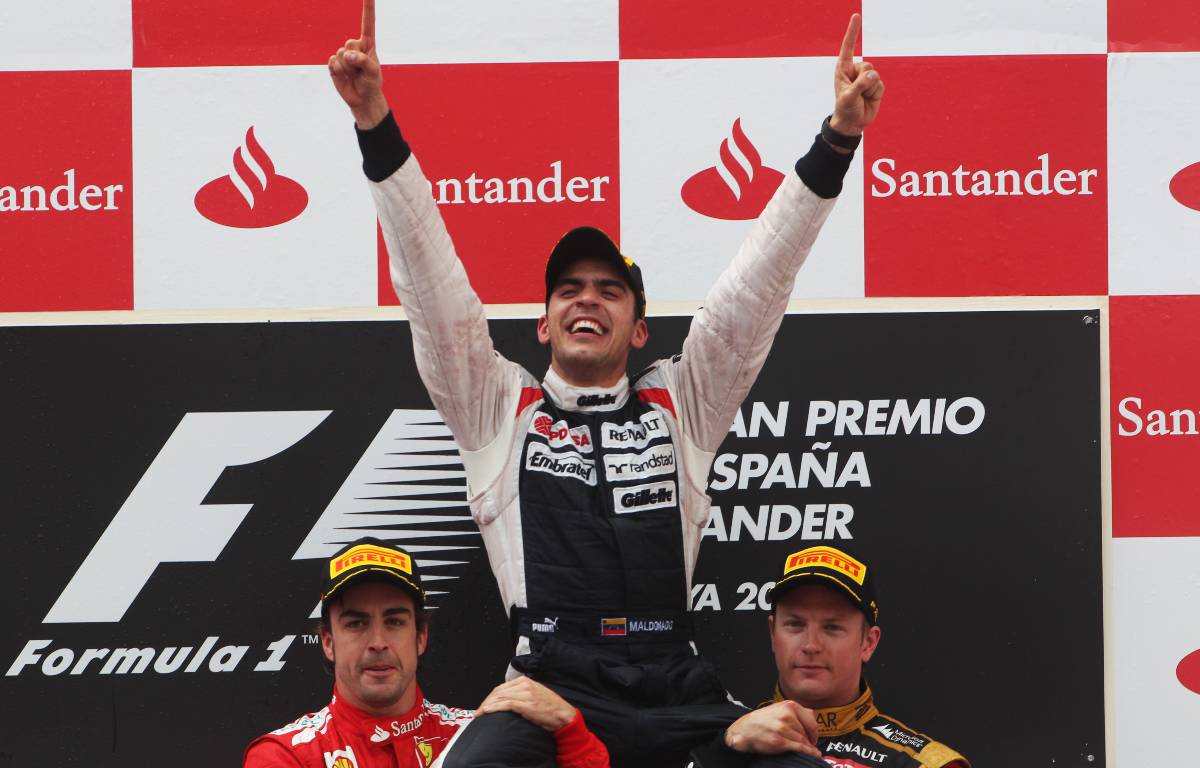 While they did not win any titles, Williams did claim victory in plenty of races in the early 2000s, but that soon dried up as they went seven years without one. And then along came the Maldonator.

The team entered 2012 on the back of one of their worst seasons in history as they only scored a mere five points. They needed a lift more than ever, and at Barcelona they got one.

With the team seemingly finding the perfect set-up, Maldonado looked rapid from the off and shocked the world by claiming P2 in qualifying but starting on pole following a penalty for Lewis Hamilton. Still, surely he would not win…

As expected, he lost the lead at the start with Fernando Alonso passing him, but had enough pace to stay close and pull off the undercut which ultimately gave him back the lead. He was flawless for the next 30 or so laps and crossed the line to win in one of the sport’s biggest ever shocks.

Frank Williams and the rest of the team were beside themselves with joy, and the celebrations were truly heartwarming. It would prove to be the last victory for the team with the Williams family at the helm, which makes it a truly great moment in the team’s history.