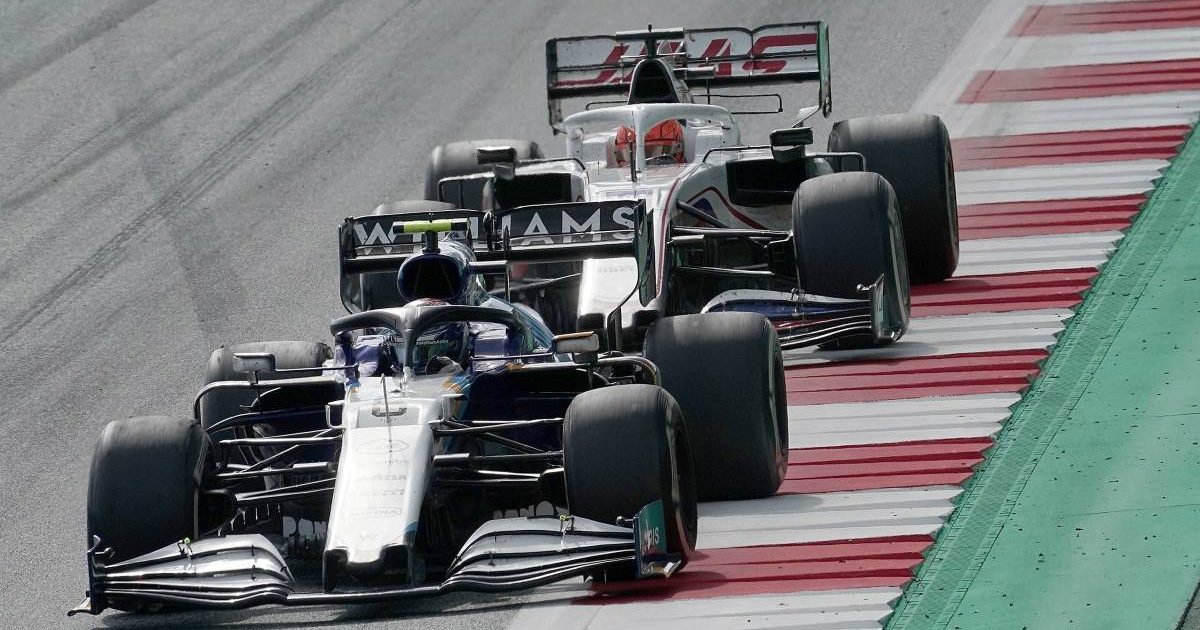 Both Nicholas Latifi and Nikita Mazepin have had 30 seconds added to their Austrian GP race times for ignoring double yellows.

A very lengthy line developed outside the FIA stewards’ room after the Austrian GP, with 11 drivers receiving summons following the race.

Fresh from dishing out five-second penalties galore throughout the second race at the Red Bull Ring, the stewards then settled in for another long evening after calling over half of the grid to their office.

The key trigger for the summons was the last-lap collision involving Sebastian Vettel and Kimi Raikkonen on the exit in Turn 4, which resulted in double yellow flags being waved.

Raikkonen was handed a 20-second time penalty and two points for his superlicence for causing that collision with Vettel, but Nicholas Latifi, Charles Leclerc, Carlos Sainz, Nikita Mazepin, Antonio Giovinazzi, Pierre Gasly, Daniel Ricciardo and Sergio Perez were also all summoned for allegedly not respecting the double waved yellow flags.

No further action was taken against Leclerc, Sainz, Giovinazzi, Gasly, Ricciardo or Perez, but Mazepin and Latifi were not so lucky.

The stewards decided that neither driver had slowed sufficiently when the double yellows were shown, and so 30-second time penalties were dished out to each of them.

“The Stewards heard from the driver of Car 9 (Nikita Mazepin), team representative and reviewed video and telemetry evidence,” read their verdict on Mazepin.

“The Stewards analysed the telemetry of the driver concerned who did not slow down sufficiently for the double waved and yellow sector.”

As for Latifi, they stated: “The Stewards heard from the driver of Car 6 (Nicolas Latifi), team representative and reviewed video and telemetry evidence.

“The Stewards analysed the telemetry of the driver concerned who did not slow down sufficiently for the double waved and yellow sector.”

In addition to the penalties, Latifi and Mazepin both saw three points added to their superlicences.

That takes Latifi to six for the twelve-month period, while Mazepin is on five.

When you get a 20-second post-race penalty and end up finishing higher than where you finished pic.twitter.com/DOm0td3yaZ

Ironically, it means that Raikkonen actually improves one place to P15, with Latifi dropping to P16 in the final Austrian Grand Prix standings.

Mazepin props up the order in P19.