Home News Hamilton’s 2010 McLaren to be auctioned at Silverstone 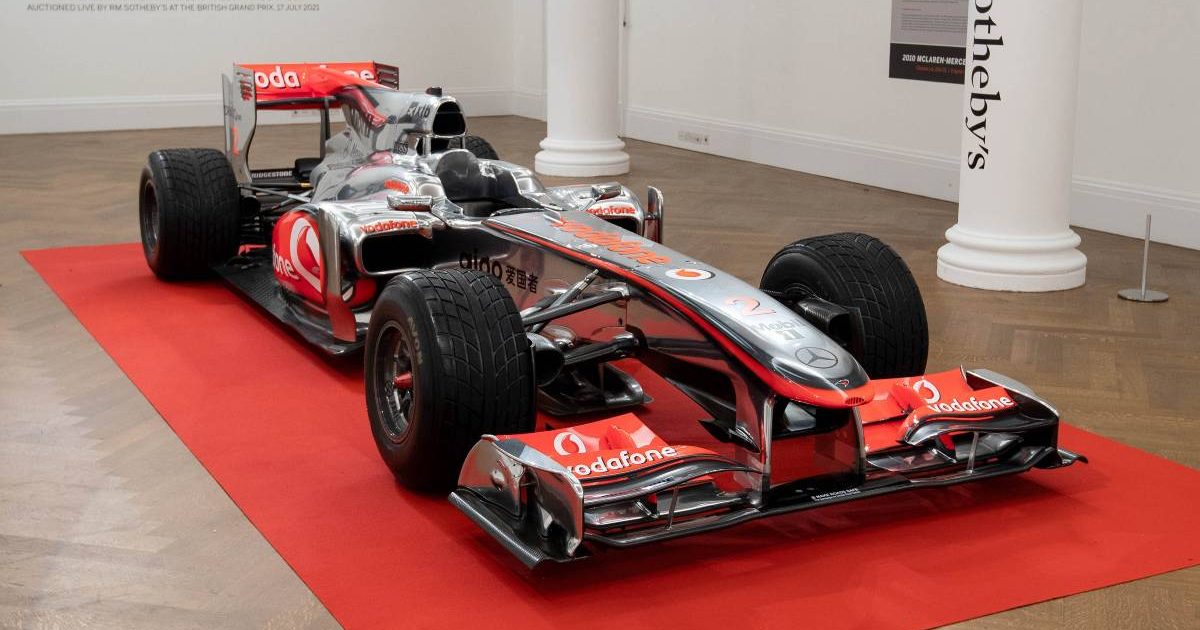 Fancy getting your hands on the McLaren which Lewis Hamilton drove to victory at the 2010 Turkish GP? Well, now is your chance.

Istanbul Park has had a habit for producing drama when Formula 1 comes to visit and the 2010 Turkish Grand Prix was no exception.

Red Bull looked to be heading for victory until Sebastian Vettel and Mark Webber collided, resulting in retirement for the German while Hamilton was promoted into the race lead.

Hamilton then held off his McLaren team-mate Jenson Button to take victory, making him the fifth different winner in the opening seven races that season.

And now the McLaren MP4-25 which Hamilton took to victory at Istanbul in 2010 is to be auctioned off.

It will take place at Silverstone on Saturday July 17, the same day sprint qualifying is set to debut in Formula 1 as part of the British Grand Prix race weekend. This is the first ever race-winning car of Hamilton’s to go up for sale, made possible by Formula 1 and RM Sotheby’s.

The single-lot auction of the MP4-25 will take place on the Saturday afternoon, immediately before sprint qualifying, and the estimated price is rather eye-watering…as you had probably already guessed.

But that price seems a little more conceivable when you consider the car can still be track-driven, and will indeed lap the Silverstone circuit as the auction takes place.

“We are delighted to extend our partnership with RM Sotheby’s in announcing the first ever sale of a Lewis Hamilton F1 GP-winning car,” said Kate Beavan, director of hospitality and experiences at F1, quoted by Racecar.com.

“The timing of the sale couldn’t be better – a little over 10 years on from Lewis’ race win #12 in Istanbul, the car will be offered for public sale at Silverstone, home of Formula 1 racing, and in the wake of Lewis surpassing Michael Schumacher’s all-time F1 race wins total.

“After the huge success of our Abu Dhabi sale in 2019, this very special event will see us actually auction an F1 car while it is being driven around an F1 circuit. It is an incredible stage upon which to sell this iconic car.”