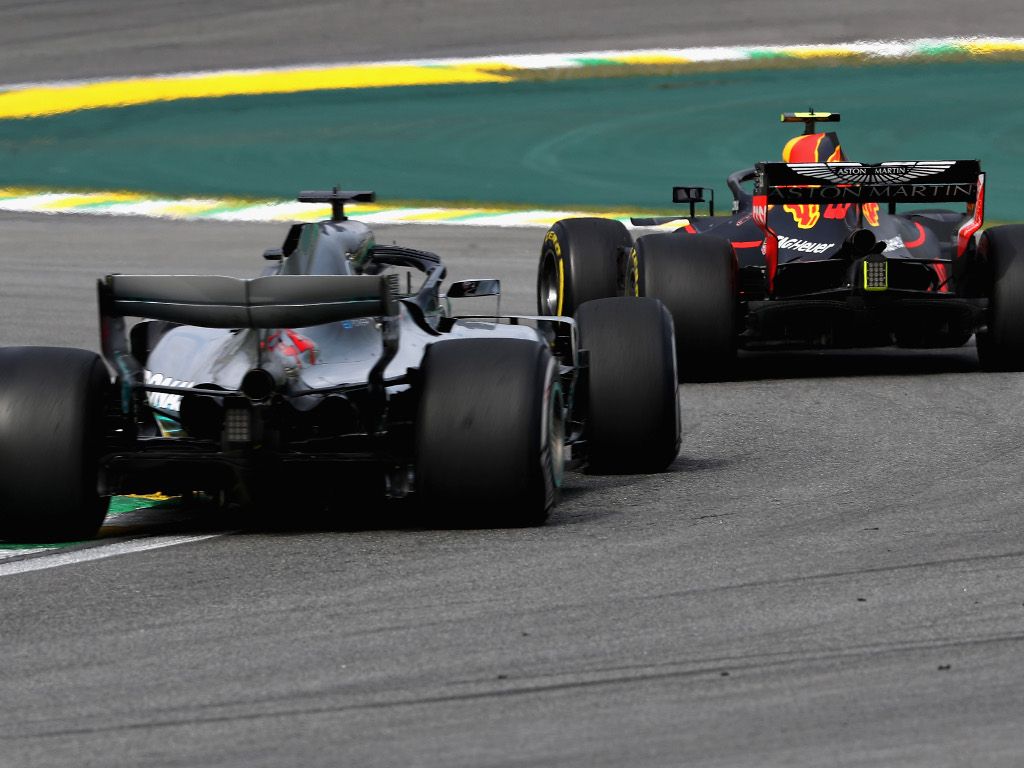 Formula 1 has taken a step towards improving overtaking in 2019 by simplying the front wings but Pat Symonds concedes it is not a “perfect” solution.

Formula 1 has come in for some stick in recent years due to a lack of overtaking.

With too many dull races during the season, the FIA took steps to try improve the situation by introducing simplier wings for 2019.

For 2019, teams will run wider, simpler front wings as well as deeper and wider rear wings. Added to that the front brake duct have also been simplified with winglets banned.

A little treat for all our F1 tech friends out there. We've got an exclusive first pic of a frontwing in new 2019 dimensions!

“It became obvious that we could do something for 2019 in simplifying the front wings,” former F1 technical director Symonds explained at the Autosport International.

“That is purely to improve the wake and allow cars behind the leading car to have good performance. It’s never going to be perfect, and you can’t change the laws of physics, but we’ve made massive improvements from where we’ve been.

“Relative to what we are doing for 2021 it’s quite small but what you’ve got to remember is we’re not just looking at the status quo. Formula 1 develops at an alarming rate, it’s relentless.

“So if we had not done anything then the 2019 cars would have been even harder to follow than the 2018 cars were. What we’ve done is we’ve pegged it back a bit, we’ve improved on where we were in 2018. We will have to see when we get the results out.

“Don’t expect a transformational change but believe me it would have only got worse. At least what we’ve done is maintained the status quo and I suspect actually improved things a little bit.”

And while teams have cried about the costs, Symonds reckons it will actually kept costs down in the long-term.

“It’s very hard putting numbers on these sorts of things,” he added.

“The fact is the front wings were getting incredibly complex, an enormous number of parts. Not just the parts that you see on the car itself, but also all the tooling that’s associated with it, thousands of components.

“So the finished product is actually going to be a cheaper product because it has less parts on it. That’s a fact.”