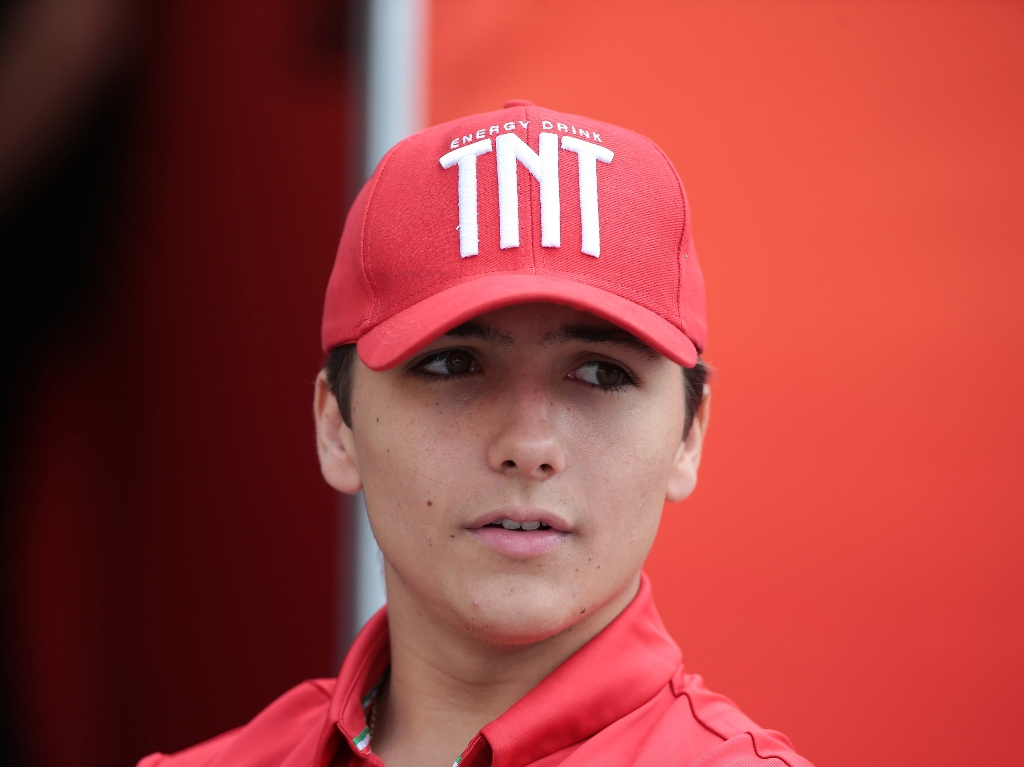 Enzo Fittipaldi prevailed in a close battle with Arthur Leclerc to win the first Virtual GP of 2021 in the virtual hills of Austria.

The heavy favourite dropped out before things even got underway with last year’s standout man George Russell being replaced by YouTuber Flowstreet at the last minute. With Russell out of the picture, Alex Albon was now the favourite in the eyes of most.

That became the case even more so when in the sprint race to decide the starting grid, contested by Esports Pro Series driver, the man driving for him, Marcus Kiefer, ensured he’d start in P4, behind Marcus Armstrong, Anothony Davidson and Arthur Leclerc. However, technical issues sent him down to P18 on the starting grid, leaving him with it all to do.

The #VirtualGP is GO! 🚦@antdavidson using his lag switch 😅@JimmyBroadbent makes his way up into the podium places!

With Albon trying to make his way to the front, the Ferraris started well and did battle in the top two. Armstrong held his lead at the start before Leclerc passed on lap 2, with both of them a fair way ahead of the rest of the field.

Behind them, the Fittipaldi brothers were impressing for Haas as Enzo and Pietro settled down in P3 and P4 respectively, ahead of Stoffel Vandoorne and Nicholas Latifi.

Leclerc was the first of the leaders to pit, doing so on lap 14 and rejoining in P8 on fresh mediums. Armstrong and the Fittipaldis followed suit a lap later, with all picking up penalties for speeding in pit-lane. All three came back out comfortably behind the lead Ferrari.

Starting on mediums, Vandoorne stayed out longer than his rivals and thus led the race for a good while, with Albon also going long before pitting on lap 21 and coming back out in P6.

Vandoorne did so himself a lap later and rejoined in P5 ahead of Albon with fresh softs. With 13 laps left and those ahead on old mediums, a podium was in sight.

Up ahead, Enzo Fittipaldi proved to have the strongest pace and, after clearing Armstrong, began to put pressure on Leclerc, but like his brother so often is, the Monegasque was flawless in defending position.

With eight laps left, Fittipaldi finally took the lead after barging his way past at Turn 3 while, with penalties applied, Vandoorne moved into a provisional podium spot behind.

On lap 31 of 36, Leclerc retook the lead by passing at the very spot he’d lost it at a few laps earlier, but couldn’t pull away as the Haas stayed in DRS range.

As the two battled, Vandoorne caught both of them rapidly while Leclerc picked up yet another penalty after going wide when braking late to try and move back up to P1.

Fiitpladi crossed the line to win with the Ferrari and McLaren in close pursuit and the latter ultimately taking P2.

Alon meanwhile recovered to cross the line in P4, while it was a poor race for Nicholas Latifi who failed to score points, coming home in P12 with a whopping 21 seconds worth of penalties to his name.