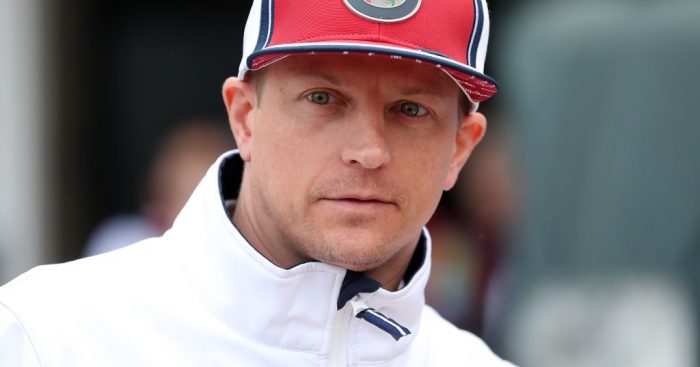 Kimi Raikkonen has confirmed that the overhaul of Formula 1 planned for 2021 won’t influence his decision whether to retire or continue in the sport.

The Finn’s contract with Alfa Romeo runs until 2020 and by that stage he would be 41 and comfortably the most experienced driver in Formula’s history in terms of grand prix entries.

The 2021 regulation re-boot looks to address all areas from revenue distribution, costs and car designs, but Raikkonen insists none of that will factor into his choice to carry on in Formula or hang up the gloves.

“Obviously I have a contract for next year, and after that, we’ll see how things go and if I’m interested,” he told Motorsport Week.

Asked if the 2021 rules will factor into his thinking, he said: “No, no. Because in the end, [when] we make a big rule change, you never know [what will happen].

“Generally, the big teams are still there, because they have the research to do a lot of different things and figure out the best way to do it.

“Maybe it would be nice that if everything got much closer, for the sport, not just for the drivers, but for the sport. But honestly, it’s very unknown.

“We can guess, but it has zero impact on driving. In the end, who knows.”

After a strong start to the season Alfa have slipped down the midfield order – Raikkonen hasn’t scored points since Azerbaijan while the team are now down to P9 in a solid Constructors’ Championship.

But, the 39-year-old doesn’t believe it is race results alone that will determine the team’s levels of success in 2019.

“I don’t have something that ‘oh we need to be here then I’m happy, if we are five points away from that, I need to be unhappy’,” he said. “They’re numbers.

“As long as we have the feeling at the end of the year that we’ve done all we can and we keep going forward, we can be proud.

“I think we started the year okay. I think we could have started better with the first races and then [Spain] was definitely difficult for us. That’s how it goes sometimes.

“We just need to look into our own things and not really look as much at what happens around.

“Obviously we can see the numbers and we are where we are in the championship, but as long as we keep understanding and improving, I think that’s the aim, and obviously taking the team step by step forward.

“If I’m last, I’m last. If I’m 10th or whatever, it’s not really… Once the last race is over, life is no different after that.”