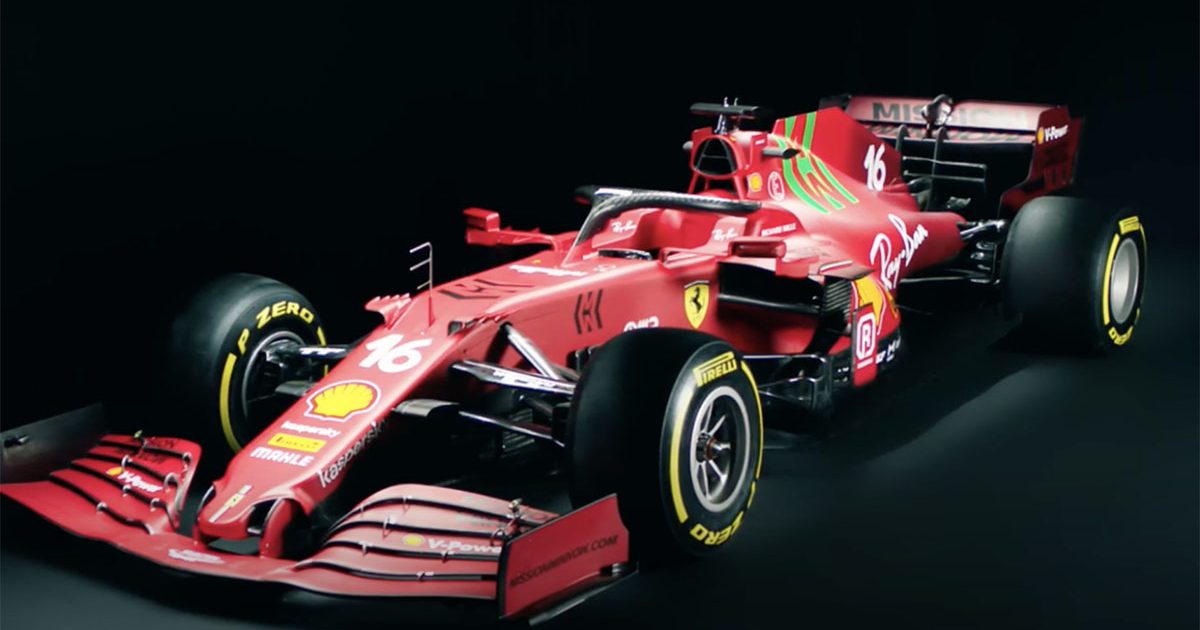 Ferrari have taken the covers off their 2021 car, the SF21, which they hope will be an improvement on last season’s – or at least the engine will be.

2020 saw the Scuderia slump to their worst season in decades, the team going winless in what was Sebastian Vettel’s final year racing in red.

The Italian stable signed Carlos Sainz as Charles Leclerc’s new team-mate, believing their youngest ever line-up is the key to leading them back towards the front.

Ferrari have already introduced the drivers, doing so in part one of their launches, with Wednesday all about the car.

The new 2021 car is, along with all the others that have been launched, an evolution of last season’s challenger. Only, the team hope, better.

Last, but by certainly no means least, here is new Ferrari #SF21

Featuring a new floor and bargeboards in keeping with the 2021 rules aimed at reducing downforce, Ferrari have confirmed they spent their two development tokens on the rear of the car. But the SF21 does have a new nose and front wing.

The SF21’s livery was expected to feature a red and burgundy colour scheme and it duly does so, the latter featuring on the rear wing and the rear of the chassis in a nod to the historical colour scheme Ferrari used for their 1,000th World Championship race, the 2020 Tuscan Grand Prix at Mugello.

Another striking element was the addition of some green detail in the form of branding for sponsor Mission Winnow.

Last year, there was a farrago of blame between the engine and the chassis with Ferrari initially pointing the finger at the latter, only to later admit the FIA’s 2019 Technical Directives regarding fuel flow had hit them hard.

The team have invested in a new power unit for this year’s championship – and the next four – one that team boss Mattia Binotto has already stated “recovers” some of the straight-line speed  Ferrari and their customers lost last season.

But whether that will be enough to see Ferrari at least fight for best of the rest behind Mercedes and Red Bull, nobody knows.

Ferrari managed just three podiums in 2020 with the 16-time Constructors’ Champions going winless for the first time since 2016.

The last time the team won the Drivers’ title was back in 2007 via Kimi Raikkonen, while the following year they recorded their latest victory in the Constructors’ battle.