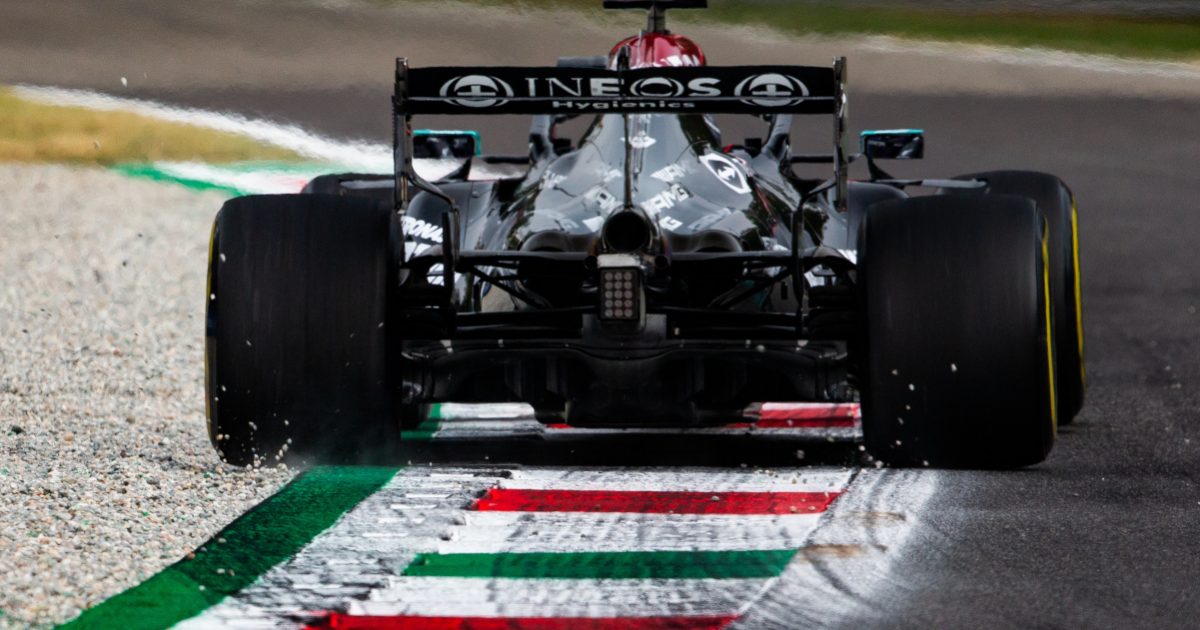 Lewis Hamilton set the pace in the final practice at Monza, a session in which Carlos Sainz brought out the red flags as he speared into the barrier at Ascari.

Saturday’s second and final practice saw the drivers take to the track with the grid already set for Saturday afternoon’s sprint qualifying, and their cars under parc ferme conditions. A strange situation, and one that F1 needs to look into when the bosses sit down to re-evaluate the new sprint qualifying race weekend format.

Making a slow start to the final practice session, the Mercedes team-mates and Max Verstappen were some of the last to post times. However, when they did eventually come out to play, they immediately shot up the timesheet.

Verstappen replaced his team-mate Sergio Perez in P1, his 1:23.754 the time to beat when the red flag was shown with 32 minutes on the clock, Carlos Sainz nose first into the barrier at Ascari.

As he accelerated out of the first part of Ascari, he lost the back end of the car and speared directly into the barrier. It was a hard hit, and his third crash in the last four race weekends.

“I had a massive crash,” were his words to Ferrari, the Spaniard groaning before adding “that hurt a bit but I’m okay”.

As Sainz walked back to the Ferrari garage having been “cleared” in the medical centre, his head having shot forward in the impact despite his HANS device, FP2 resumed with 21 minutes on the clock.

Mercedes made it a 1-2 with Lewis Hamilton quickest of all with a 1:23.246, Valtteri Bottas two tenths down, and Verstappen four tenths off the pace.

Perez finished P4 ahead of Esteban Ocon with the Alfa Romeos next in line with Robert Kubica ahead of Antonio Giovinazzi. Fernando Alonso, Pierre Gasly and Lando Norris completed the top ten.

His session ended a few minutes early, the Monégasque driver telling Ferrari: “Guys, I need to stop. I cannot explain it here.” He pitted, his session over.