Home News FP2: Verstappen top and in a league of his own 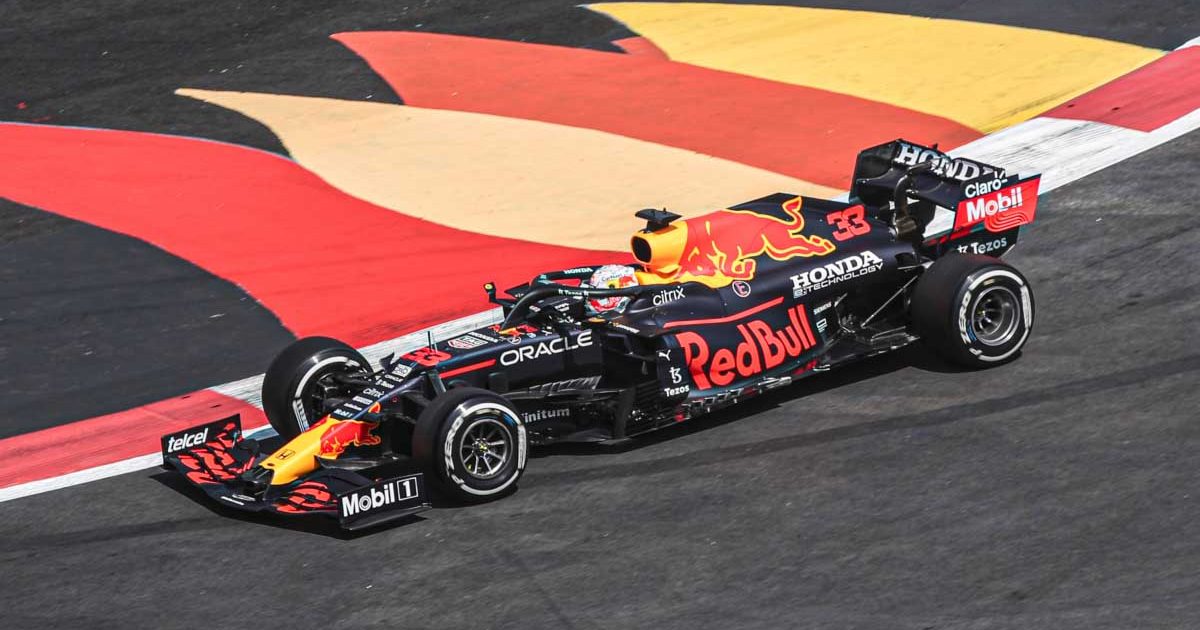 Max Verstappen topped second practice at the Mexican Grand Prix by a sizeable margin in an ominous sign for the weekend.

Valtteri Bottas and Lewis Hamilton were a relatively distant P2 and P3 from their fastest laps, with home favourite Sergio Perez in fourth.

The top two teams were well ahead of the rest of the field, with only the two Mercedes drivers able to stay within a second of the Red Bull pair in FP2.

After some of the dust around the Autodromo Hermanos Rodriguez was cleared in FP1, the drivers piled onto the track to get into their first laps on a cleaner, grippier suface – with a large queue forming in the stadium section before starting their flying laps.

Verstappen was on the pace quickly, lapping half a second faster than anyone else on his first run. Hamilton could not quite get a clean run, though, as he found himself getting too close for comfort with the Alfa Romeo for Kimi Raikkonen at Turn 4, causing the Mercedes driver to abort his initial effort.

After Mercedes had the edge in FP1, both Red Bulls sat top of the leaderboard early on in second practice.

Both Mercedes cars had suffered large lock-ups heading down to Turn 1 in first practice, and they did the same again as both front tyres locked as both Hamilton and Bottas braked from 210mph, leading them to take to the grass and move around the bollard at Turn 3 to return to the track.

Verstappen continued to improve his own benchmark, with a 1:17.920 putting himself a whopping 0.764s ahead of Perez in P2, and 1.059s ahead of Lando Norris in third.

George Russell was the only person to not set a lap early on, suffering a gearbox issue that left him trundling around the track in fifth gear, forcing the Williams driver back into his garage and, ultimately, ended his session.

George Russell the last driver out on track in FP2 and then experiences gearbox issues on his out-lap 😩#MexicoGP 🇲🇽 #F1 pic.twitter.com/KLVQesFnrR

Daniel Ricciardo was also halted by a gearbox problem in FP2, with his McLaren stuck in the garage and forcing him to watch on from the sidelines.

For those left running, however, qualifying simulations began as the mid-point of practice approached. Hamilton beat Verstappen’s time by a tenth, but the Red Bull followed him across the line and went 0.509s quicker than his title rival, in something of a statement from the World Championship leader.

On-boards from Hamilton’s car saw him struggling with snaps of oversteer in the middle sector, which saw him lose the majority of his time to his title rival over a flying lap, which led him to ask Mercedes to tweak his car and improve his set-up.

On the other side of the garage, Bottas soon put himself above his team-mate – but the Finn was still over four tenths behind Verstappen at the top of the timesheets.

But as is usually the case in second practice, attention turned to long-run simulations for the drivers as they gathered data for the race on Sunday, by running on a high fuel load.

Nicholas Latifi almost followed the example of Charles Leclerc and Perez from FP1 by colliding with the wall at Turn 16 after losing grip, but the Williams driver managed to narrowly miss an impact, and an evening of repairs for his mechanics.

On the leaderboard, however, behind the top four, Carlos Sainz rounded out the top five in his Ferrari, with Pierre Gasly, Leclerc, Yuki Tsunoda, Sebastian Vettel and Fernando Alonso filling the remainder of the top 10.