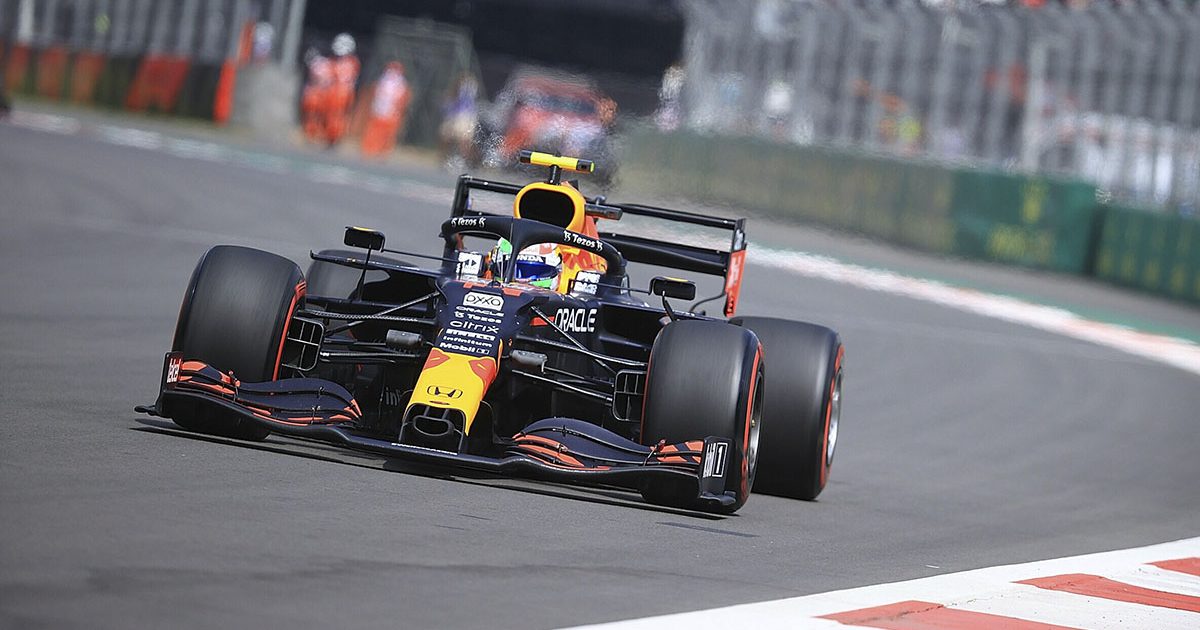 Red Bull appear to be strong favourites for pole position at the Mexican Grand Prix with Sergio Perez and Max Verstappen both well clear of the Mercedes cars in FP3.

Perez topped the timesheet with a 1:17.024, nearly two tenths quicker than World Championship leader and team-mate Max Verstappen, while there was a huge six-tenth gap to both Lewis Hamilton and Valtteri Bottas respectively.

Before FP3 got under way at a sunny Mexico City circuit, there was some doom and gloom concerning Williams’ George Russell and McLaren’s Lando Norris. The former has a five-place grid drop to overcome after a new gearbox was fitted to his car, while Norris will join Lance Stroll, Esteban Ocon and Yuki Tsunoda at the back of the grid due to engine penalties.

With the admin out of the way, it was time to turn attention back to the track…but there was no real urgency to head out there on what was still a very dusty track. Twenty five minutes into the one-hour session, there were just six timed laps on the board.

Thankfully for the fans watching on TV and those packing out the grandstands, the action finally began to hot up in the second half of the session. At the halfway point, it was Ferrari’s Charles Leclerc who was leading the way with a 1:18.213 – but that was as a result of track conditions improving all the time rather than the Scuderia finding lots of extra pace overnight.

That benchmark was soon surpassed by Verstappen on his first timed lap of the day who, despite being a bit scruffy through Turn 12, still managed to open up a near four-tenth gap to home favourite and team-mate Perez.

Bottas then went quickest through the first sector but could only narrow the gap to Verstappen to 0.171 seconds on his latest hot lap.

Verstappen stayed out for a second attack lap and promptly restored the four-tenth gap with a 1:17.217, going a tenth quicker than the best time he had set at the top of the FP2 timesheet on Friday afternoon.

Hamilton did not throw down his first qualifying simulation lap until the final 15 minutes of the session and, even then, it was not a very threatening one as he was a rather chunky six tenths down in P3.

Perez, though, was looking very competitive. Even with traffic to negotiate through sector two, he still managed to go within +0.055s of his team-mate. The Mexican recharged the batteries and went for another attempt, and went purple through the middle and final sectors to knock Verstappen off top spot by two tenths.

Verstappen geared up for one final attempt himself, but could not find any improvement after complaining of a real lack of grip.

In amongst the final laps, there was confirmation of yet another engine penalty with Ocon the latest driver to have a new power unit fitted.