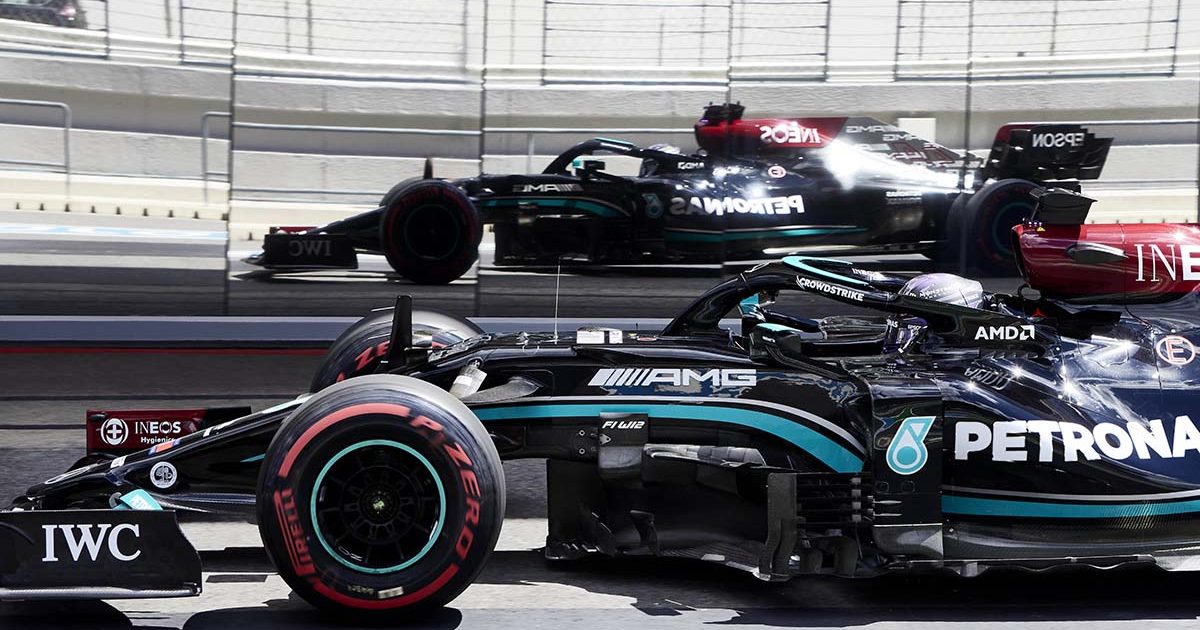 The first day of practice belonged to Mercedes as Lewis Hamilton joined Valtteri Bottas with a Friday P1 ahead of the Portuguese Grand Prix.

Hamilton topped the session with 1:19.837 which was 0.143s quicker than potential title rival Max Verstappen in Portimao. Valtteri Bottas, the FP1 session leader, completed the top three on Friday afternoon.

Elsewhere, there were encouraging signs for Alpine with both Fernando Alonso and Esteban Ocon inside the top 10 which also included the Ferraris of Carlos Sainz and Charles Leclerc, plus Daniel Ricciardo, Lance Stroll and Sergio Perez.

The afternoon practice session was delayed by 10 minutes as repair work was carried out on a loose drain cover, but it did not impact FP2 too much as no time was lost in the session overall.

Verstappen, though, following vibration issues in FP1, had more gremlins to tackle after reporting a brake-by-wire issue on his first proper run of the afternoon. Thankfully for Red Bull, the issue was fixed quickly.

That time wouldn’t last long as Hamilton found an extra tenth on his first qualy sim lap, even if he didn’t find any further time in the final sector.

Hamilton failed to find improvement on a second push lap with the same set of soft tyres and that was a familiar story up and down the grid.

Carlos Sainz, Fernando Alonso and Esteban Ocon would push Verstappen down to P6 on timesheet, but the Dutchman was a little out of sync with the rest of field after his earlier issue.

When Verstappen did venture out on his first qualy sim lap, he went quickest of all through the first sector but could not capitalise on that through the rest of the run. He had to settle for being 0.143s down on session leader Hamilton but it was enough to split the Mercs at least.

Sergio Perez, meanwhile, struggled to get the soft tyres switched on and was not making an impression from P10.

The soft tyres were not getting much love from Hamilton, too, during the race simulation runs which always book-end the Friday afternoon session.

“This tyre is not good,” Hamilton reported as he wrestled with his W12 deep into his programme.

But, overall, it was a case of so far, so good for Mercedes as they look to put some distance between themselves and Red Bull again at the top of standings.