Home News FP1: Verstappen lays down his marker in Qatar 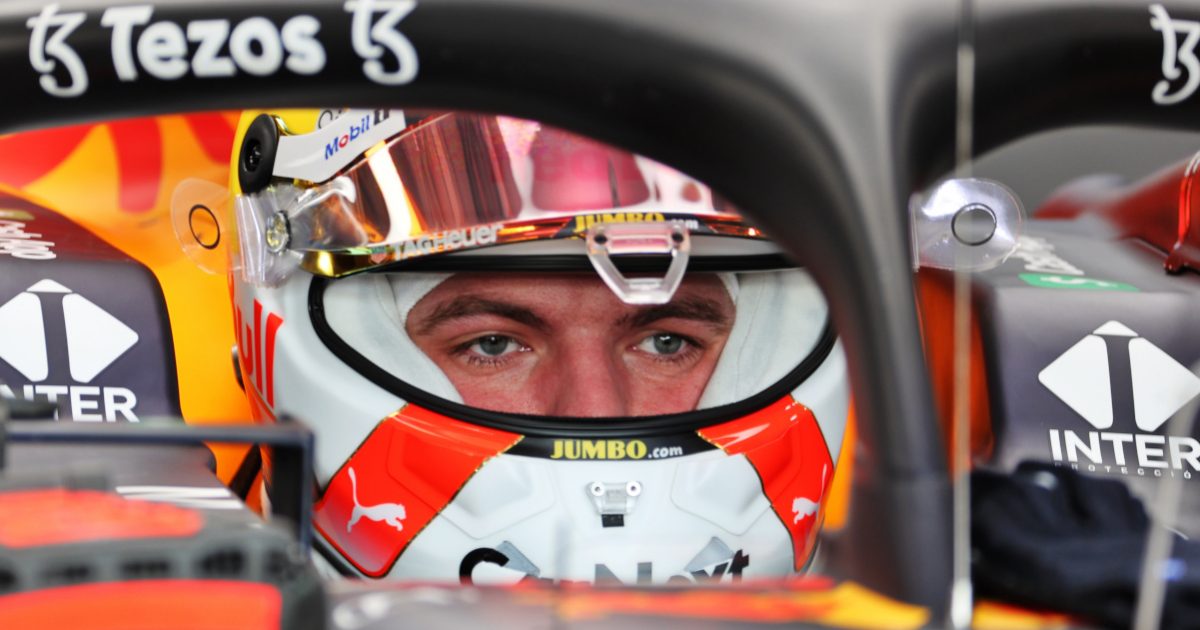 Max Verstappen put aside his stewards’ troubles to fire in a 1:23.723 in FP1 for the Qatar Grand Prix, the Red Bull driver four-tenths up on his nearest rival.

With Formula 1 still awaiting the stewards’ verdict into Max Verstappen’s Turn 4 antics from the Sao Paulo Grand Prix, the drivers took to the Losail circuit to begin the next round of the championship, the Qatar Grand Prix.

Putting in what, for everyone but Sergio Perez, was their first-ever laps of the Doha track, Daniel Ricciardo declared that “this is fun” while Kimi Raikkonen posted the first official time in an F1 car, a 1:29.063.

Despite the dusty circuit, which normally leads to a slow start to a session, all 20 drivers were out on track within the first 10 minutes, Verstappen quickest with a 1:25.669. His title rival, Lewis Hamilton, was P14 after his first lap, the Mercedes driver reporting that he felt “massively down on power”.

Verstappen upped his pace to a 1:24.998 with Lando Norris second ahead of Valtteri Bottas and Hamilton, the latter half a second down on Verstappen’s P1 time.

Norris was one of several drivers, including Sebastian Vettel, who found themselves in a rather uncomfortable position as they rode the kerbs with Norris’ McLaren seeming to lose pieces of its floor.

Pierre Gasly added his name to the list, sending up a cloud of dust in the process, while McLaren team boss Andreas Seidl admitted the FIA may have to adjust the track limits as drivers ventured wide through the corners.

Red Bull went as far as to ask F1 race director Michael Masi: “What are you doing with track limits at the moment, just taking a view?”

Masi: “Just taking a view of where the issues are overall, and then we’ll make an assessment after FP1, letting everyone find their feet basically”

Lance Stroll’s session came to a premature end as the Aston Martin driver reported a “brake failure” and made his way back in the pits. Aston Martin replied, telling him it was a “hydraulic” issue and “don’t shift”. He stopped at the start of the pit lane, his mechanics running out to push his AMR21 back to the garage.

End of FP1 for Stroll due hydraulic problem.#QatarGP #Qatar pic.twitter.com/SqDZIbPzHv

Fernando Alonso was another driver who had a few troubles on the day, his Alpine A52 up on jacks as his mechanics looked at the car’s floor.

Heading out for a second run, most of the field swapping their hard Pirelli tyres for a set of the softs, Bottas went quickest but only briefly before Verstappen hit back with a 1:23.723. The Finn was 0.471s down with Hamilton a further three-tenths off the pace.

Norris, having fallen to P6, was back in the pits after a manic ride over the Turn 15 exit kerb, his McLaren once again shedding pieces of its floor.

Verstappen finished the session quickest of all ahead of Gasly, the AlphaTauri driver putting in a late run to finish 0.437s down on the Red Bull driver. Bottas was third ahead of Hamilton and Yuki Tsunoda.

Schumacher had a late trip through the Turn 7 gravel, the Haas driver kicking up stones as he made his way back onto the track. He was P18. finishing ahead of Stroll and Nikita Mazepin.