Home News FP1: Bottas lays down a marker as Merc reign in Sochi 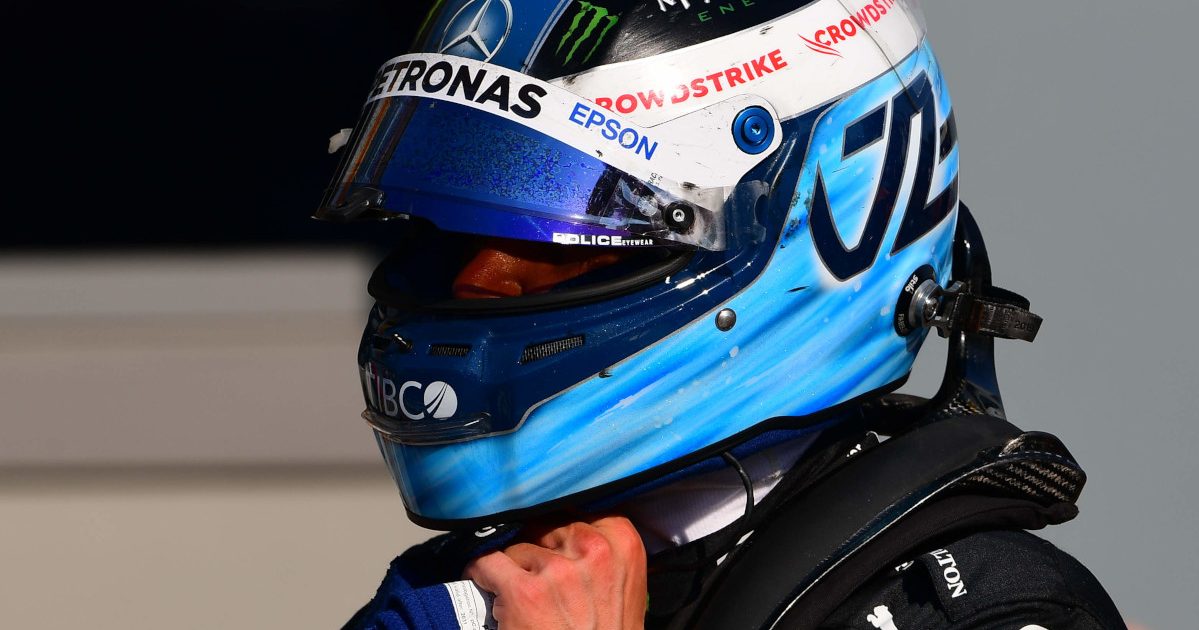 Valtteri Bottas was the Mercedes driver to beat in Friday’s first practice for the Russian Grand Prix, two-tenths up on his team-mate Lewis Hamilton.

But with the Finn having already acknowledged he’ll take one for the team if need be as Hamilton chases down Max Verstappen for the World title, Friday may be his only opportunity for a P1 this weekend.

The Formula 1 drivers took to the Sochi circuit on what is shaping up to be the only dry day of the race weekend with Carlos Sainz and Charles Leclerc two of the first out, the latter putting his new updated Ferrari hybrid system through its paces. Leclerc will start Sunday’s Russian Grand Prix from the back of the grid as it is his fourth PU of the season.

According to reports Ferrari will not be running the engine at full power due to reliability concerns, leaving the Monégasque driver with only an 8hp power boost for this weekend.

Sainz kicked off the timesheet with a 1:41.790 but that didn’t stand long as the P1 time with Sergio Perez, Lewis Hamilton, Valtteri Bottas and Leclerc taking turns at the front.

Purple in all three sectors, Bottas hit the front with Hamilton also edging ahead of Leclerc, who reported “something strange” and headed back to the Ferrari garage.

Verstappen, the last driver to set a time, went P4 on his first flying lap, dropped to seventh, complained that the “recharge mode is horrible” and went fastest. Purple in the second and third sectors, he clocked a 1:36.055 on the soft Pirellis. He lowered that but it wasn’t enough to stop Bottas, swapping to the soft tyres, jumping ahead with a 1:34.427. Hamilton up to second and Leclerc third.

Pierre Gasly was the first to give us a look at the track limit rules, the AlphaTauri driver leaping over the sausage kerb and navigating the bollards after getting it wrong at Turn 2. The VSC also made an appearance for a small piece of debris that a quick-footed marshal ran out to pick up.

Bolting on a set of new soft tyres for the final 15 minutes, Verstappen upped his pace to a 1:34.654 but remained slower than both Mercedes drivers in third place. With Mercedes staying on used tyres, neither Bottas nor Hamilton improved with the Finn’s 1:34.427 staying as the time to beat.

Leclerc finished P4 ahead of Sebastian Vettel, who has a new Aston Martin deal for 2022, Gasly, Sainz and Lando Norris.  Norris spun on his in-lap back to the pits after the chequered flag and damaged his front wing.

Kimi Raikkonen was back in action for Alfa Romeo having missed Zandvoort and Monza after testing positive. He was 15th fastest.