Home News FP1: Hamilton clear of Verstappen ahead of qualifying 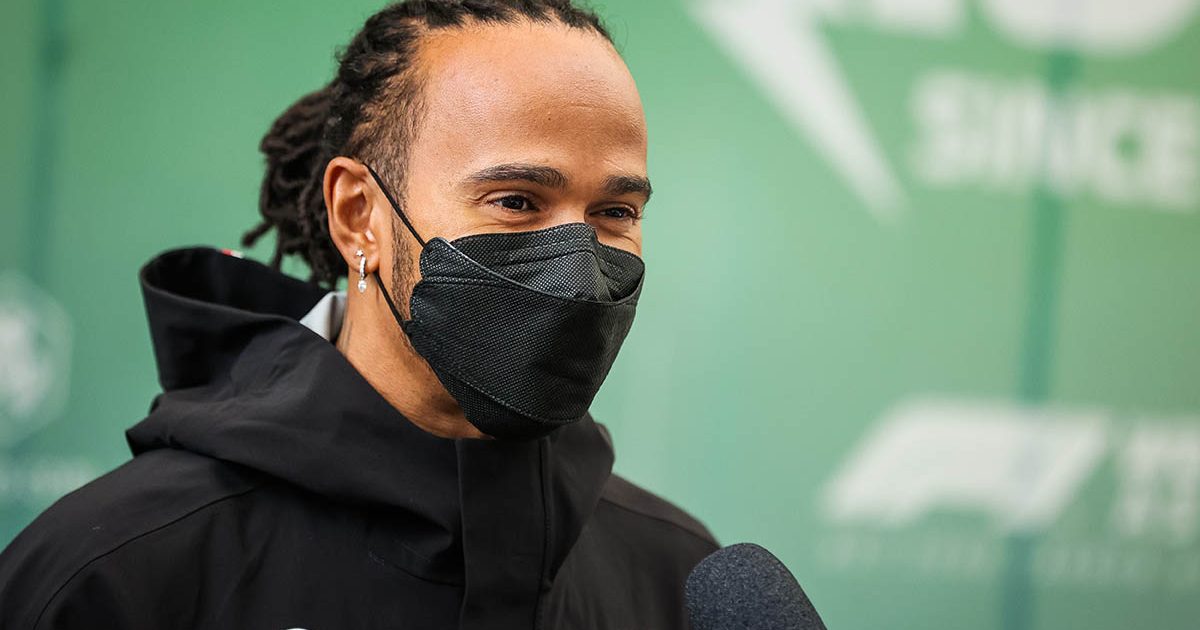 Lewis Hamilton was quickest in the first and only practice ahead of Sao Paulo Grand Prix qualifying – but Mercedes and Red Bull had different approaches to the session.

Hamilton, who has a five-place engine penalty to overcome on Sunday after a new ICE was fitted to his W12 car, was three tenths quicker than rival Max Verstappen. However, Red Bull seemed more focused on race pace compared to Mercedes, where one-lap pace was of more importance.

The data collected from AWS suggested the gap between Hamilton and Verstappen was much closer, just o.50s heading into qualifying.

There was an even greater importance placed on a cool, overcast FP1 session, with drivers and teams restricted to just one hour of practice before being thrown straight into qualifying later on Friday afternoon – Formula 1 completing its third and final sprint weekend of the 2021 season.

As the cars hit the track for the first time, confirmation came from the FIA of a fifth ICE element being fitted to Lewis Hamilton’s W12, which will result in a five-place grid drop for the seven-time World Champion for Sunday’s race.

But it wasn’t the new engine causing Hamilton problems in the early stages of FP1, it was the front suspension instead. In the opening runs, Hamilton asked via team radio for a “solution to be found” as he bobbled and bounced around the Interlagos circuit.

He found himself eight tenths down on title rival Verstappen, who set the opening benchmark at 1:10.189, a slender 0.020s ahead of Red Bull team-mate Perez.

As we approached the halfway stage of the session, Lance Stroll reported spots of rain dropping on the circuit, keeping the paddock on their toes ahead of qualifying.

Even though the clouds looked particularly dark and brooding, it was still dry enough for drivers to continue with their dry tyre running for the rest of the session.

Verstappen re-emerged on the soft tyre compound for a qualifying sim run and promptly ate five tenths out of his previous best time by the time he had completed the second sector.

In the other Mercedes, meanwhile, Bottas was struggling to make an impression on Verstappen’s leading time. He had to abort his first attempt at a hot lap and, on his second, already found himself two tenths down in the first sector.

Traffic in the middle sector did nothing to help his cause and he could only manage a 1:09.857 to sit nearly five tenths off the pace.

With 16 minutes of the session remaining, Hamilton, complete with front suspension tweak, put pedal to the metal for his qualifying sim attempt.

He all-but matched Verstappen through the first sector, but the gap would slowly increase to three tenths by the time he crossed the finish line. It provided further evidence that Red Bull were perhaps the ones to beat heading into Friday afternoon qualifying.

Bottas would try to discredit it as he surprisingly went fastest in the first sector on his latest effort and, while still unable to topple Verstappen, he did move above his team-mate and to within a tenth off the pace.

Hamilton would then go quickest of all through the first sector, but was slightly slower in the middle after getting a little bit out of shape at Turn 4. A handy tow from Nikita Mazepin would provide a timely boost just before the finish line and duly put Hamilton 0.069s ahead of Verstappen.

Red Bull, rather than issue a direct response to Hamilton’s time, went on to focus on their race simulation runs instead.

Hamilton continued to focus on one-lap pace and it paid dividends as he opened up a three-tenth gap to Verstappen with three minutes in the session remaining.