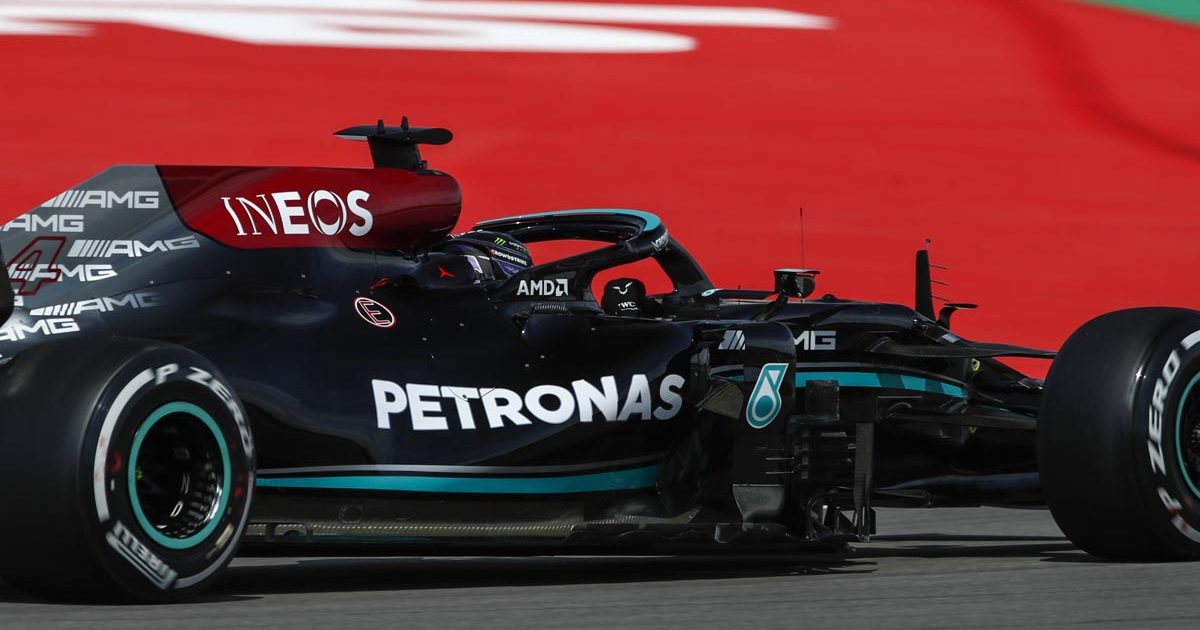 Lewis Hamilton finished top of the second practice session at Barcelona, 0.139s ahead of Valtteri Bottas and 0.165s faster than Ferrari’s Charles Leclerc.

The two Mercedes drivers topped the times after Max Verstappen had split them in FP1, with Hamilton leapfrogging Bottas after the Finn went fastest on Friday morning.

The top 14 cars were covered by less than a second at the Circuit de Barcelona-Catalunya, but there was trouble for the Red Bulls of Verstappen and Sergio Perez in the session.

The Dutchman backed out of his qualifying sim lap after running all four wheels off the track at Turn 10, while Perez made a couple of errors on his fastest lap and the pair found themselves P9 and P10.

Esteban Ocon and Fernando Alonso looked quick in their Alpines as they took P4 and P5 respectively, with Alonso 0.348s behind Hamilton’s fastest time of a 1:18.170.

So far so nice, Esteban’s time holds P4 and Fernando has slotted in P5 with a 1:18.518 lap. #SpanishGP pic.twitter.com/JMudl5tcvf

With plenty of running to be done in qualifying sims and long-run practice, cars were queueing up to get out on track and start setting representative lap times – every driver ran the medium tyre initially.

Mick Schumacher’s early enthusiasm on his first timed lap saw him have a snap of oversteer in Turn 1, with the German just about managing to catch his Haas in time to keep it out of the gravel, the wind being stronger than in FP1.

The two Mercedes drivers found their pace quickly, but Verstappen went purple in all three sectors on his first run to pop in a lap of 1:19.041 to take top spot early on, four hundredths ahead of Bottas. The Finn then responded by doing a 1:18.419 – 0.622s quicker than the Dutchman, before Hamilton went faster still to put himself top of the timing sheets.

Carlos Sainz lost a piece of bodywork from his Ferrari at Turn 9 by running wide and clipping a kerb on his way through, causing a short Virtual Safety Car period as a marshal went and retrieved the debris.

Yuki Tsunoda made the same mistake as Sainz at Turn 9 shortly afterwards, causing his car to briefly cut out and said over the radio: “Err… the car switched off,” but he was able to make it back to the pits.

Leclerc hooks up a great lap 💪

The two AlphaTauris showed their hand by putting themselves P6 and P7, while Aston Martin appeared to falter after showing early promise in FP1 as Sebastian Vettel earned P11.

Charles Leclerc went fastest of anybody in the third sector to put his Ferrari just 0.165s behind Hamilton. Lap times were congested throughout the front and midfield, though, with the top 10 covered by only 0.748s as the focus switched to long run simulations in the final part of the session.

While Sainz was only 0.339s off Ferrari team-mate Leclerc, he was five places behind the Monegasque driver as a bunched-up midfield were closely matched on Friday.

Both McLarens showed a lack of overall pace in the session, with P12 and P15 for Lando Norris and Daniel Ricciardo showing that the MCL35M will need some more work if they’re to recover some of their deficit on Saturday.

All fastest times set on soft tyres unless stated