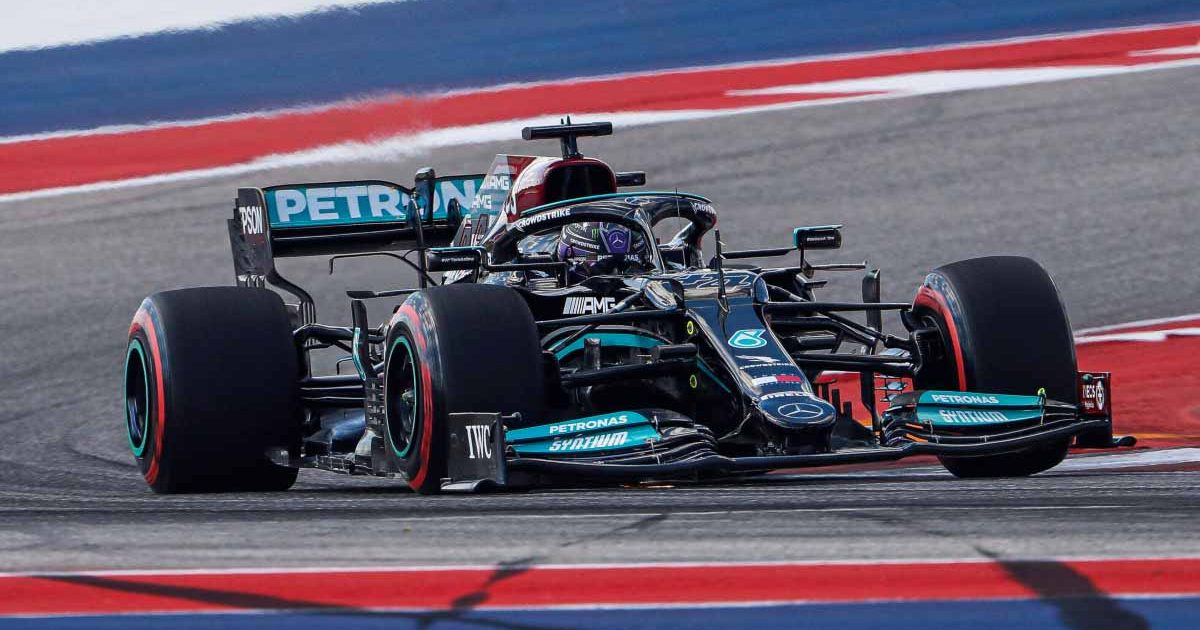 Valtteri Bottas and Lewis Hamilton topped FP1 in Austin, and ended the session almost a full second faster than Max Verstappen in third.

The Finn pipped his team-mate by 0.045s in the first session of the weekend, but the gap back to the Red Bull was 0.932s – which will likely give Mercedes’ tital rivals something of a headache if that is to continue through FP2 on Friday.

Charles Leclerc and Carlos Sainz were P4 and P5 for Ferrari, but lapped around a second-and-a-half off the pace of the Mercedes pair, which underlines just how quick the reigning Constructors’ champions looked.

After a couple of wet race weekends in a row, Austin was bathed in sunshine as well-filled grandstands saw the cars take to the track for the first time.

But for the Alpine of Fernando Alonso, his session was pretty much over as it was just beginning. He was told to pull over at Turn 12 by his engineer over team radio as his car was found to be leaking fluid underneath, and the red flag was swiftly deployed just moments into the session.

As a result, it was 15 minutes before the first flying laps could take place, and recent thoughts about the “severe” bumps at the circuit were quickly on show – as the drivers pretty much bounced through certain points in the first two sectors, particularly at the high-speed section of Turns 3, 4, 5 and 6.

Charles Leclerc was the first to be caught out in that section, with his Ferrari being sent sliding off into the gravel as he changed direction. He was able to get going again, however, albeit with tyres which were no longer usable.

Lap times slowly became more representative as the session progressed, with a 1:36.798 from Sergio Perez on hard tyres being the benchmark around halfway through first practice, before Hamilton clocked a 1:36.381 on soft rubber to take four tenths off the Red Bull’s previous best.

The Mercedes driver flagged over team radio that his tyres were overheating in the warm Texan sun, which could prove to be an issue throughout the field over the course of the weekend.

News broke in the session that Mercedes team-mate Bottas will receive yet another grid penalty for taking a sixth internal combustion engine of the season, which will see him drop five places on Sunday.

At the front, Verstappen briefly took top spot, but Mercedes then laid down something of a gauntlet with Hamilton going a whopping 0.953s ahead of his title rival – and the rest of the field – by setting a 1:35.096 on soft tyres.

Shortly afterwards, Bottas pipped his team-mate even further by becoming the first man into the 1:34s this weekend.

Others were still finding their limits, though. The Haas of Nikita Mazepin slid off at the fast left-hander of Turn 19 after a snap of oversteer with the Russian just about keeping his car out of the barriers. Then at the final corner of Turn 20, Lando Norris suffered a hefty lock-up on his right-front tyre.

Having been worried that he would not be able to get any meaningful running after pulling off, Alonso managed to have his car recovered to the Alpine garage and fixed, and he was able to get around 15 minutes’ worth of laps under his belt in FP1.

With some long-run practice taking place towards the end of the session (which included rare contact between Perez and Mick Schumacher at T12), Bottas and Hamilton’s times were not able to be matched, and the Silver Arrows will certainly be pleased with their morning’s work.