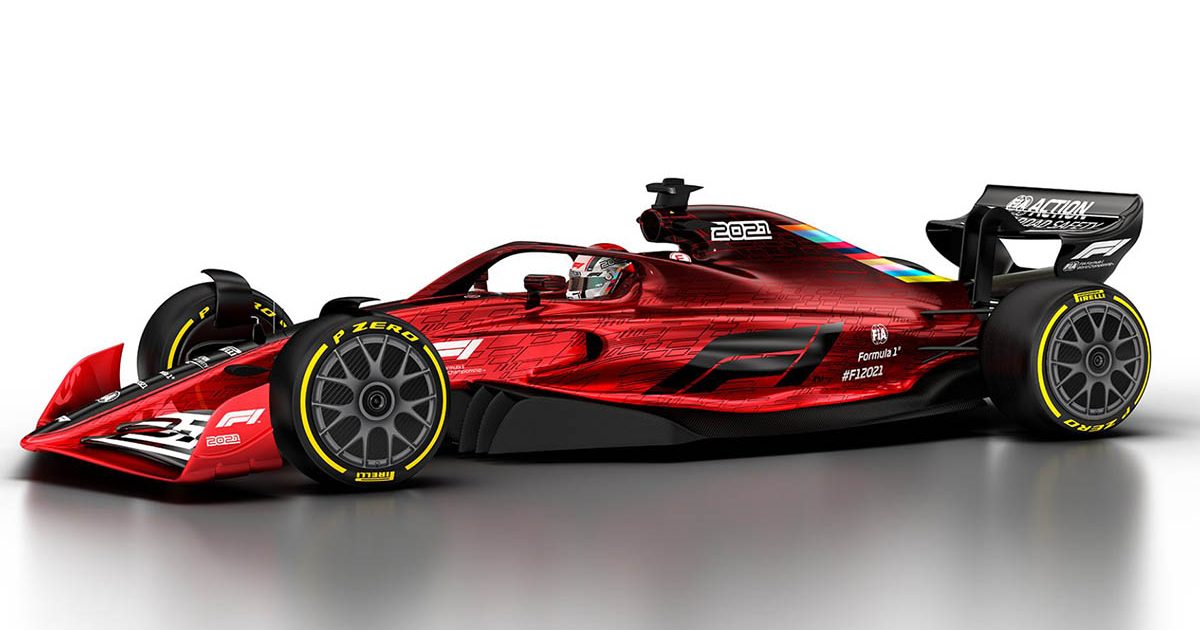 It has been announced that a full-sized model of a 2022 F1 car is going to be unveiled on Thursday at an event at Silverstone.

With widespread regulation changes coming into play from next year onwards- following a year-long delay due to the global pandemic – in a bid to improve wheel to wheel racing and create a more evenly matched grid, the cars will look radically different.

We already have a vague idea of exactly what form they’ll take thanks to various graphics and models, but will get a better indication of that than ever on Thursday as a full-sized version is revealed for the first time in a special event to launch the new era of F1.

“F1 begins an exciting new chapter in 2022 when the current rulebook is ripped up and a radical new set of regulations come into force – all designed to produce even more spectacular racing,” said an announcement on the official F1 website.

“And the new era will officially kick off on Thursday at Silverstone with F1 One Begins, a dynamic launch event that will take fans on a journey through the ages before arriving at the most futuristic racing car of all-time.”

⏰ Save the date, set your alarms!

A new era of Formula 1 will be officially unveiled 🙌

What’s more, there will also be explanations provided for why the cars have taken such a shape and how all of the changes will lead to better racing in the sport.

“Fans will not only get to see a life-size 2022 F1 car for the first time,” the statement continued.

“They’ll also be talked through the machine’s revolutionary design by a panel of experts, who will explain the thinking behind the new concept, which will enable drivers to race each other harder than ever before.”