Home News FP2: Mercedes back on the pace at a dry Imola 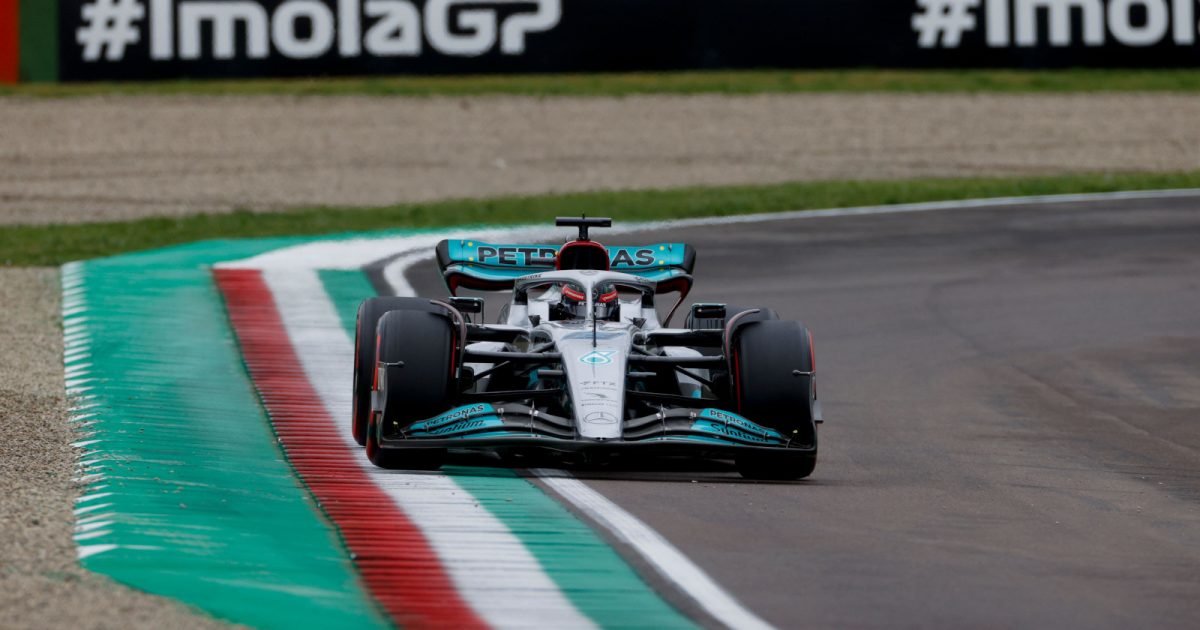 Mercedes put a woeful Emilia Romagna Grand Prix qualifying performance behind them by setting the pace in a dry FP2 at Imola.

A dismal Friday for the eight-time consecutive Constructors’ champions had seen them claim grid positions of only 11th and 13th for the season’s first sprint on Saturday afternoon, with a terse discussion in the garage spotted between Lewis Hamilton and team principal Toto Wolff afterwards.

But as the dreary April showers relented, Mercedes’ fortunes also brightened as George Russell topped the timesheet on the solitary occasion this weekend when teams could put in the practice mileage on a dry circuit.

Hamilton will also have been feeling happier with a P4 placing behind Red Bull’s Sergio Perez and the runaway World Championship leader, Charles Leclerc in the Ferrari.

After Friday’s wet FP1 and qualifying, Saturday always looked like being the most pleasant and spring-like day of the weekend and there was some blue in the sky as the soft and medium tyres were fitted for the first properly dry running.

A couple of the drivers who had issues in qualifying were unable to make it out early, Carlos Sainz after his Q2 crash and Valtteri Bottas who parked up the Alfa Romeo trackside in Q3 fearing the car might catch fire. The Finn’s problems from that continued and a full exhaust rebuild meant he could not run at all in FP2.

Daniel Ricciardo, set to be P6 on the grid for the sprint, was also watching proceedings on a screen in the garage, more in hope than expectation of getting into the car. That optimism never materialised – the Australian was in the same position as the session drew to a close.

A difficult late morning for McLaren was compounded when a brake system issue was identified on Lando Norris‘ car, severely compromising his long-run prep ahead of his P3 start for the sprint.

We're investigating a brake system issue on Lando's car which will require some time in the garage. We're aiming to get back out before the end of the session.#ImolaGP 🇮🇹

Verstappen and Hamilton both had brief excursions off the circuit, the Red Bull taking a kerb especially heavily, but the World Champion and his team-mate Sergio Perez set the early pace, challenged only by the Mercedes duo at the halfway mark as George Russell took over at the top. It was like the latter part of 2021 again with Red Bull and Mercedes locking out the top four, all of them using the soft tyres.

Ferrari, unusually for 2022, were down in 12th and 13th entering the last 20 minutes, but a switch to the soft tyres for Leclerc saw him leap into P2 just under three tenths behind Russell. But that was soon beaten by Perez on the mediums.

Norris made it out for one last sighter before the chequered flag fell, although he was hindered by Hamilton refusing to move aside early in a ‘push’ lap to leave the McLaren man somewhat cold heading for his second-row start in the sprint.