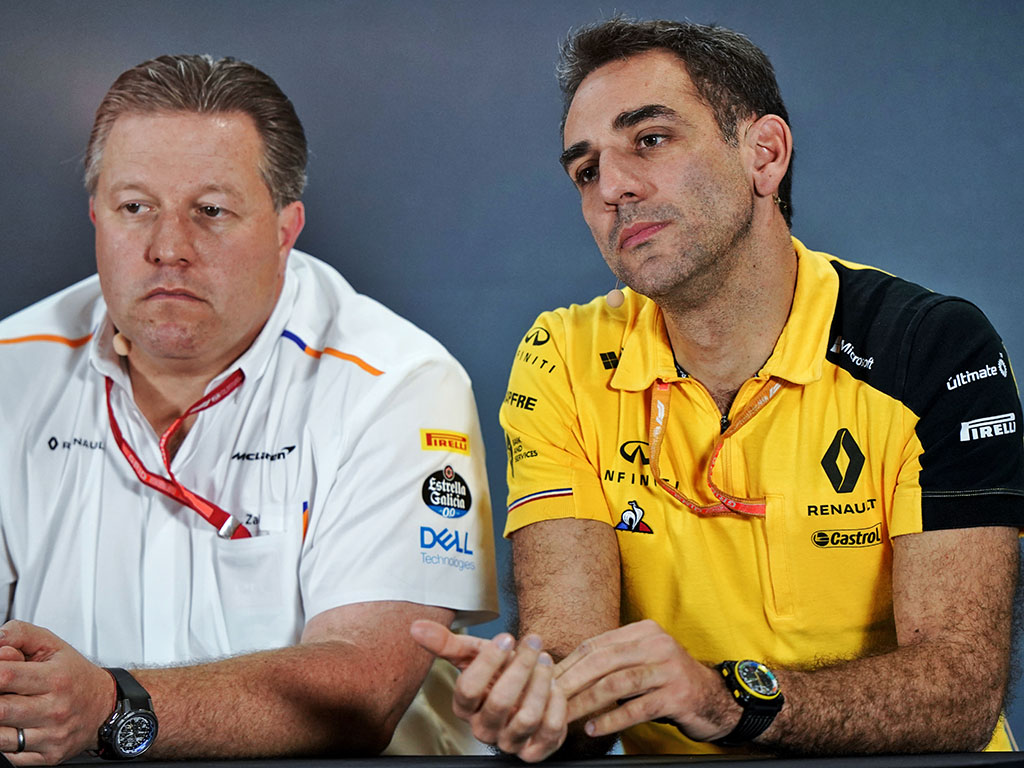 Cyril Abiteboul believes Renault has helped McLaren by providing them with a benchmark in their quest to rise up through the Formula 1 ranks.

Abiteboul, sat alongside McLaren CEO Zak Brown in the FIA team principals’ press conference on Friday, was asked how he felt about being beaten by his customer team this season.

But Abiteboul still sees McLaren as a great team in their right and spoke at length about how Renault has actually helped McLaren on their journey.

“We were beaten by our customer, OK, but when I’m not beaten by my customer, I’m beaten by McLaren, and McLaren is a great team,” Abiteboul told reporters in Abu Dhabi.

“McLaren has had its difficulty but I think maybe something that Zak has not mentioned, but he could have mentioned, is the fact that sometimes you need to change some stuff to really understand where you’re at and what needs to be changed.

“I think the fact that when they came to Renault we were a benchmark. Not a benchmark in the sense that we were the best but at least McLaren knew what was the Renault engine capable of doing with Red Bull at the time.

“I think that really put a light on what needed to be changed in their organisation and they have done that. They have taken action, based on that information.

“I think we are doing the same, in fairness, a bit later, but we are still doing the same. We know what our engine is capable of doing.

“In my opinion it is the engine that most progressed over the winter, right there, probably at the top in race conditions. So that’s good, but obviously it’s not enough.

“So we had to take action and we have reacted with exactly what we’ve done. We restructured the aerodynamic department.

“We recruited someone who actually is no stranger to the resurrection of McLaren, Pat Fry, and that will not stop there.

“That’s what McLaren has done and that’s what also we have done and react, that’s also what we are doing.”