Home News Advantage Mercedes with ‘two cars on the clear side’ 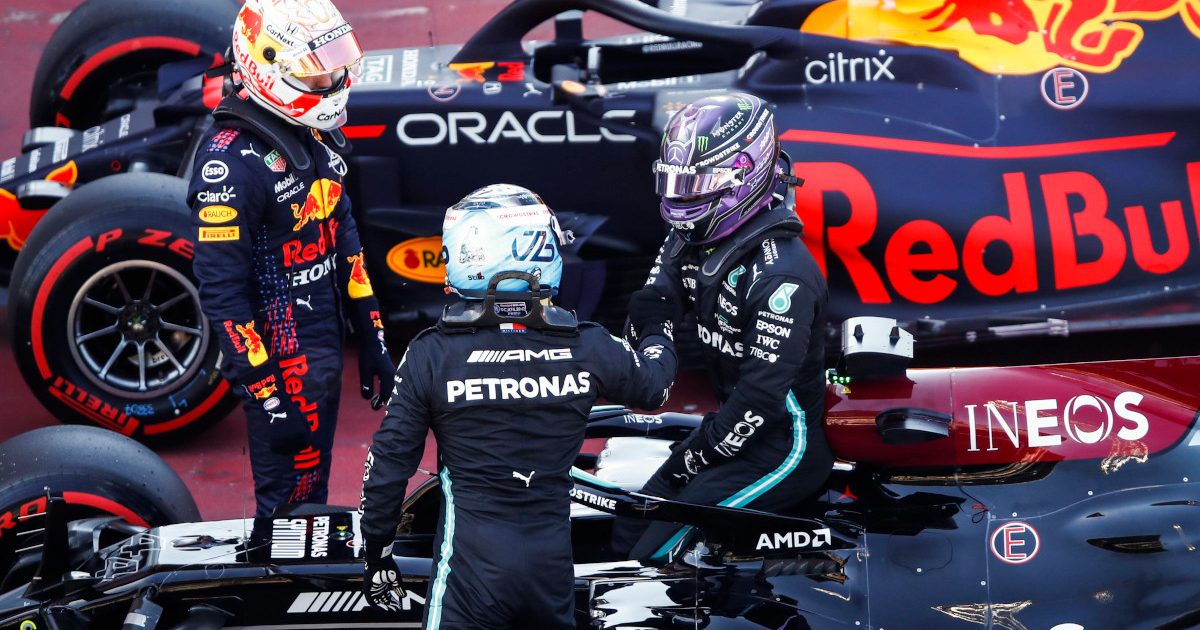 Starting first and third for the Spanish Grand Prix, Toto Wolff says Mercedes have an “advantage” over Red Bull with two cars on the clean side of the grid.

And with two cars in the top three whereas Red Bull have just one with the other starting P8.

Lewis Hamilton is on pole position for the Spanish GP, the Mercedes driver making history on Saturday as he extended his pole position record into triple figures.

He grabbed the top spot by 0.036s ahead of Max Verstappen with Valtteri Bottas qualifying third.

A shoulder injury meant Sergio Perez was off the pace, the second Red Bull qualifying down in eighth place.

Wolff reckons all that plays into Mercedes’ hands.

“We have the advantage of two cars on the clean side of the grid, and both drivers in the top three; that will provide us a strategic opportunity, and we need to make the most of it for the race,” Wolff said.

The Austrian, though, has acknowledged that Red Bull are proving to be worthy opponents in the race for this year’s championships.

He added to Motorsport.com: “The pecking order seems to change from circuit to circuit, so we know we have to be at the top of our game every weekend.

“It’s going to be a neck-and-neck battle with Red Bull all season and we can’t wait to continue that battle in Spain.”

As for Red Bull, the Milton Keynes squad is still hoping that Perez can get involved in the fight or at least be used to help Verstappen.

Red Bull advisor Helmut Marko hinted that Perez could be put on a long first stint, the former Racing Point driver known for his tyre management.

“We had already hoped that we would be able to include him strategically,” Marko said to Sky Germany.

“Now let’s see. The race is going to be long here.

“Unfortunately overtaking is traditionally very difficult [at Barcelona] but he’s a good tyre whisperer, maybe we can bring that into play then.”

Honda’s technical director Toyoharu Tanabe reckons despite having to race both Mercedes cars, the win is still on for Verstappen.

“With Max second on the grid for Red Bull Racing Honda and a gap of just 0.036 seconds from pole, we can be optimistic about tomorrow with the definite possibility of being able to aim for the win,” he said.

“Sergio was a bit further back than usual, but we know how good he is on Sunday. We can expect him to move up a few places.”