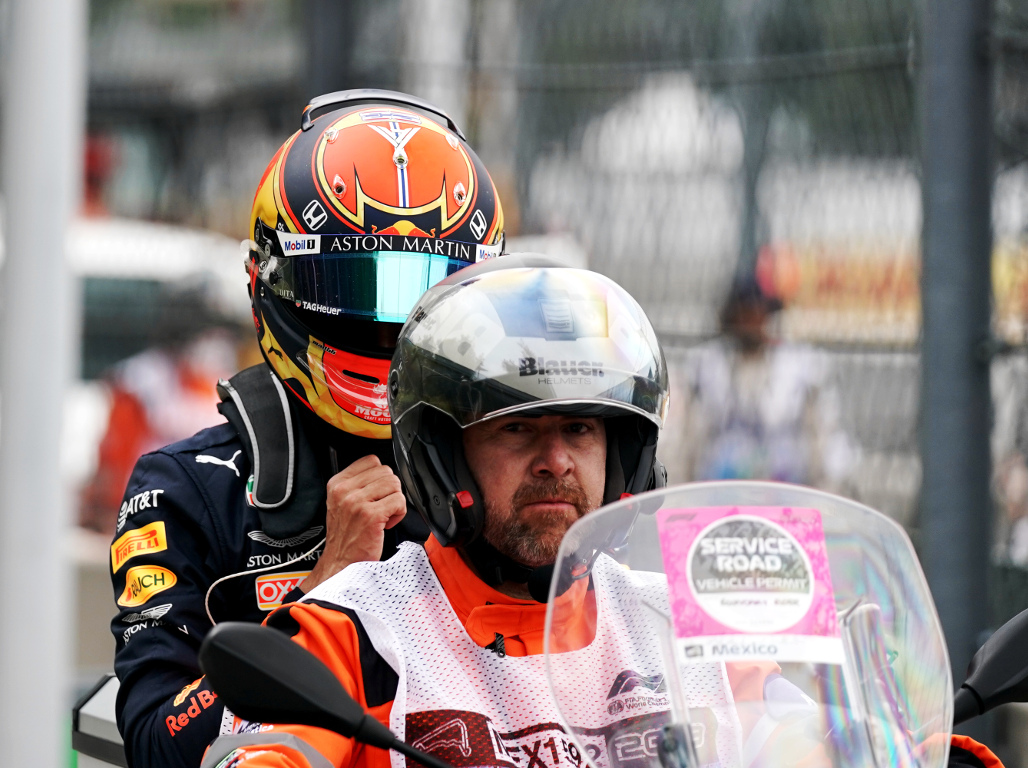 Alexander Albon was frustrated for having blotted his copybook in Friday’s second practice, crashing his RB15 into the Turn 7 wall early in the session.

Taking to the Autodromo Hermanos Rodriguez on Friday afternoon, the Red Bull racer got it wrong at the left-hander.

He took too much kerb and lost control of the car, slamming into the wall.

Albon was unhurt but his RB15 suffered enough damage to keep him out of the session.

“I’m fine, damage on the car is not great, but obviously it’ll be ready for tomorrow,” he said.

“Just lost it on entry, I used a bit too much entry kerb.

“Still need to look at it to be honest, because I haven’t seen too much of it, but once it goes it goes pretty quick, and that was that.”

On a day when many drivers were making small mistakes, Albon paid a big price.

“It’s not too bad,” he told Motorsport.com when asked about the track conditions.

“It’s more the downforce here, just with the high downforce but with the light air, the skinny air, it makes it tricky.

“But it’s just one of them things. I think everyone was going off and making mistakes, but obviously I did the biggest one.”