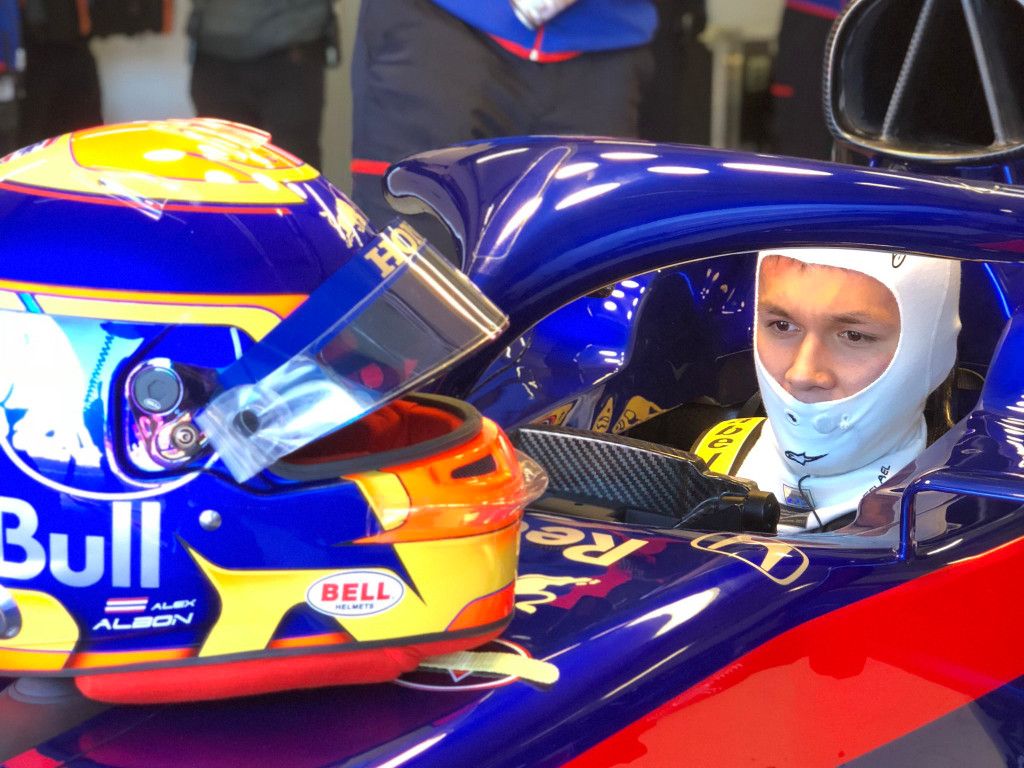 Alexander Albon put in his first laps in a Formula 1 car on Wednesday when he put Toro Rosso’s new STR14 through its paces at the Misano circuit.

Albon will join Daniil Kvyat at Toro Rosso this season in an all-new line up for the Honda-powered team.

Both drivers had their first taste of the 2019 car when, on Wednesday, they took part in a shakedown at the Misano circuit.

But while Kvyat has been through this before, for Albon it was a day of firsts.

Here it is! @alex_albon turns the wheel for the first time in a Formula 1 car 💪 pic.twitter.com/cumYOGbx2N

The British-Thai race is under no illusions about the task that faces him as he steps up from Formula 2 to Formula 1.

“Obviously, I think it’s going to be a steep learning curve,” he said.

“I’ll get four days of testing in Barcelona before Melbourne so we don’t have a lot of driving.

“The main focus is to be comfortable in the car and get up to speed as quickly as possible.

“In terms of my personal preparation, I’ll try not to put too much pressure on myself and give it everything I have from day one.

“It’s my opportunity this year to show everyone what I’ve got.”

.@alex_albon’s starting to get the hang of this F1 thing 👌 pic.twitter.com/xqaiCOPo0Q

Albon will be back behind the wheel of the STR14 next week at the Barcelona circuit when pre-season testing gets underway on February 18.