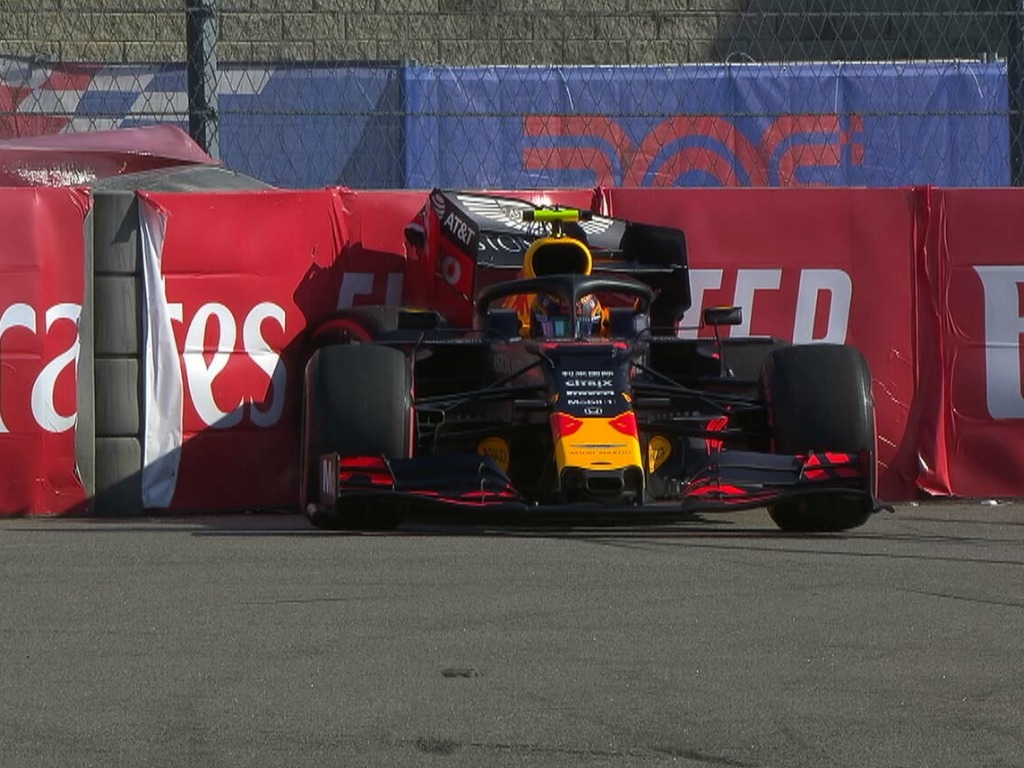 Alex Albon’s miserable weekend at the Russian Grand Prix continued after he crashed out in the early stages of Q1.

The Red Bull youngster has been struggling throughout the weekend to get to grips with his RB15 around the Sochi Autodrom.

After a tough first flying lap in Q1, Albon went for another attempt and was going comfortably faster than his opening time.

However, the Anglo-Thai driver would carry too much speed into Turn 13, losing the rear end and smashing into the barriers. He reported via team radio that he was ok after the impact.

The red flags were subsequently waved, ruining plenty of hot laps in the process. Charles Leclerc had just set the fastest time in the first sector before he was compromised.

Team-mate Max Verstappen had a similar crash at that corner during FP3, but escaped his brush with the barriers without major damage.

The crash meant that Albon was eliminated in Q1, and the impact of the car going rear first into the wall means he will almost certainly need a gearbox change.

The potential of further penalties will not hurt too much, given that Albon and the rest of the Red Bull/Toro Rosso teams have engine penalties already coming their way for Sunday’s race.