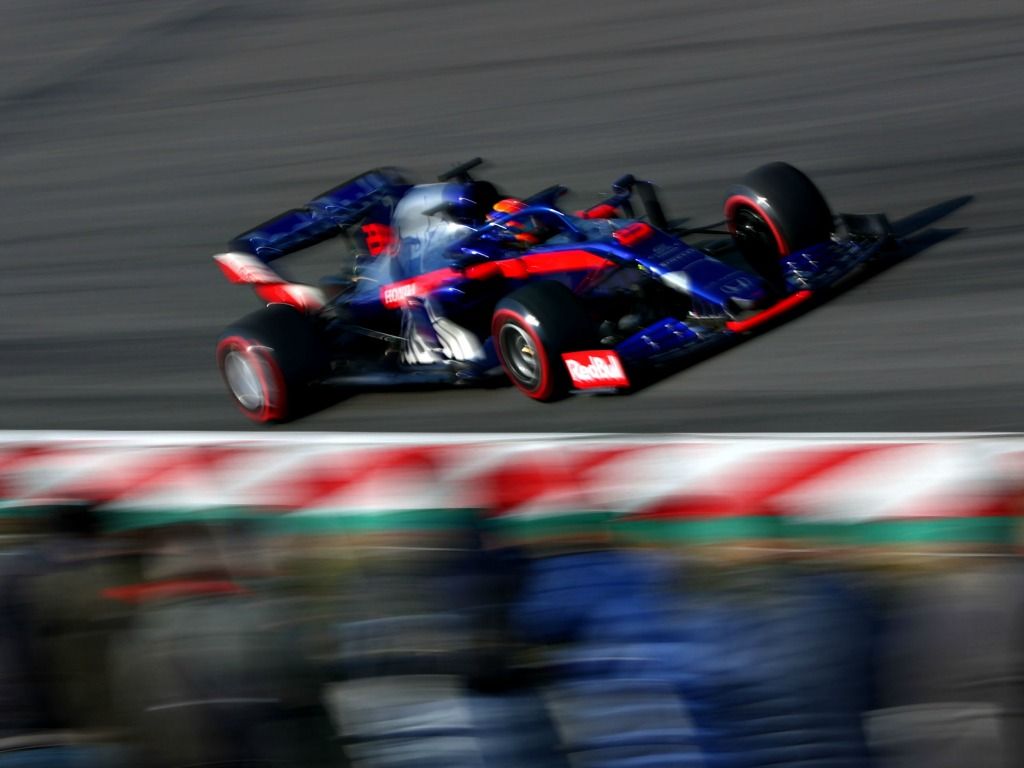 Alexander Albon was on top after the final morning session of the first pre-season test, while Mercedes started to up their own pace.

After a slow start to the day’s proceedings, not helped by early red flags caused by Lando Norris’ spin, Albon upped the ante with a 1:17.637 on C5 tyres – the softest compound available.

That time is the fastest we have seen in testing so far, with the Toro Rosso driver eclipsing the previous best effort set by his team-mate Daniil Kvyat on day three – a 1:17.704.

Albon’s hot lap knocked Ricciardo off the P1 spot by nearly a couple of tenths, but more notable was the rise up the ranks by Lewis Hamilton in the W10.

Mercedes suggested on Wednesday evening that power and performance would become more of a priority after racking up 495 laps in the first three days alone.

That was enough to put him P3 on the leaderboard before he hands the W10 back over to Valtteri Bottas for the afternoon session.

Although, Hamilton was almost stopped in his tracks by going into the back of Robert Kubica. Some quick reflexes needed to take the escape road.

Ferrari’s Charles Leclerc, in P4, explored the gravel trap within the last 30 minutes of the morning session, but that was the only minor incident on another productive stint for the Monaco man.

With the C3 soft tyres strapped on, he improved on Ferrari’s best testing time so far by shaving just shy of a tenth of the previous best set by Sebastian Vettel – a 1:18.161 on the same compound.

Adding to Norris’ early spin were Lance Stroll in the Racing Point car and Williams’ Robert Kubica, but all three managed to avoid any big damage.

After finally joining the rest of the field for testing on Wednesday afternoon, Williams were able to get properly stuck into some aero programmes with Kubica a distant last on the timesheet as a result.