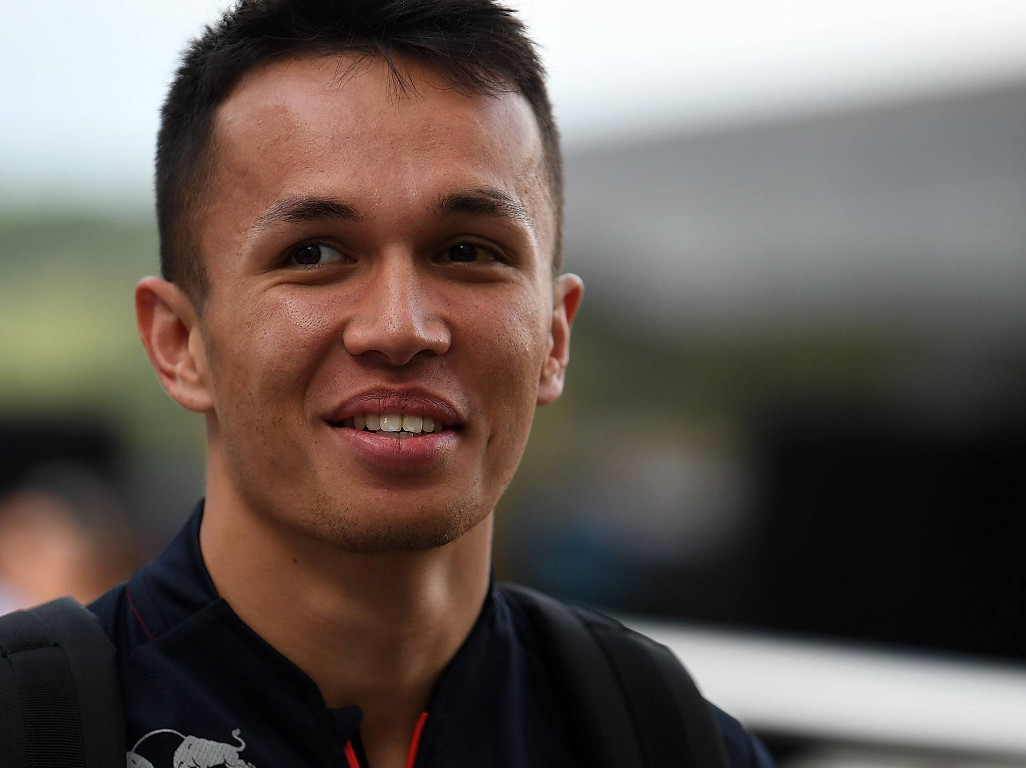 Alexander Albon acknowledges his promotion to Red Bull is a big jump into the deep end but says he has his “swimming shorts on”.

Earlier this week Red Bull a change to their 2019 driver line up with Albon stepping up to Red Bull for the Belgian GP onwards while Pierre Gasly has been demoted to Toro Rosso.

Albon faces a tough task at the senior team as, not only will he have the media spotlight on him, but he’ll be compared to seven-time grand prix winner Max Verstappen.

Verstappen saw off Gasly without any concerns in the first half of this season, out-qualifying the Frenchman 11-1 and out-scoring him 181 to 63.

Albon believes he is up for the challenge.

“Surreal to have been given this massive opportunity Red Bull Racing!” he said.

“Can’t thank you enough for believing in me and making this possible.

“It’s a big jump into the deep end, but I’ve got my swimming shorts on!

“Thanks to all the guys at Toro Rosso, especially Franz Tost for the massive opportunity in F1 and never-ending support throughout my first year!

“Now to focus for my first race with the team in Spa.”

Albon was associated with Red Bull junior programme only to be dropped when he failed to get the results required.

"They came to me, and obviously I said yes please!"

However, a third place in last year’s Formula 2 championship, where he lost to George Russell and Lando Norris, saw Albon back in the Red Bull picture.

He put in his first laps in a F1 car during February testing before making his debut in Melbourne.

The Thai-British racer has scored points in five of this year’s 12 grands prix, including a best showing of P6 in Germany.