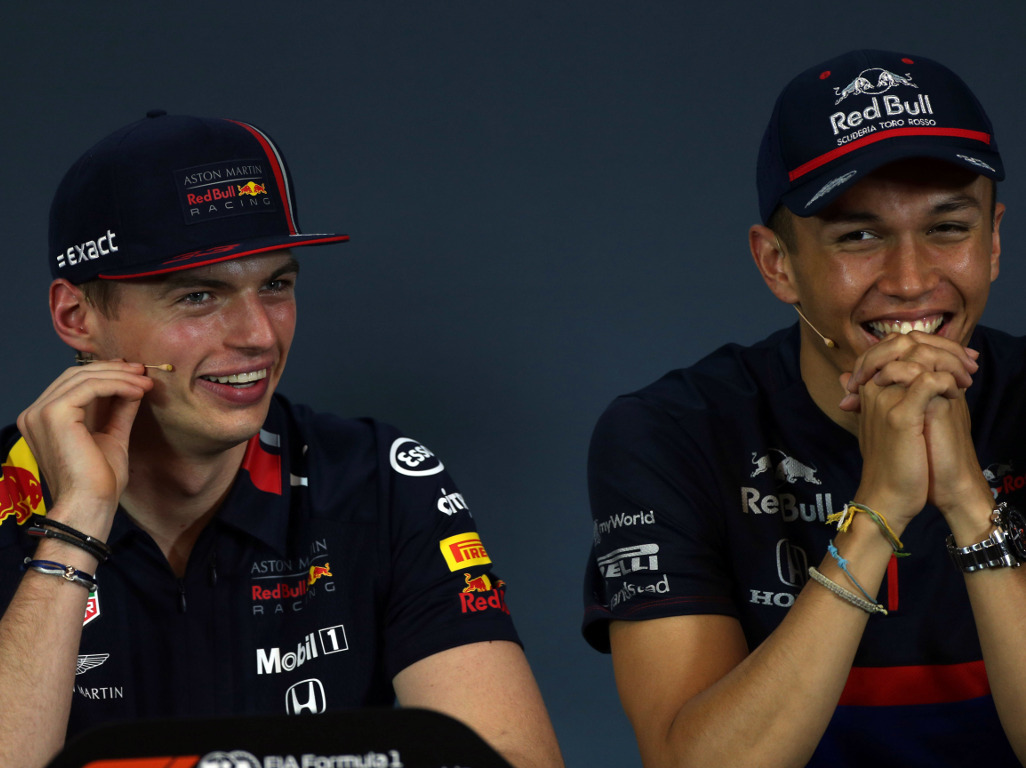 Stepping up to Max Verstappen’s Red Bull team, Martin Brundle has warned Alexander Albon that he’ll need “every tool and trick” to survive.

After months of insisting that Pierre Gasly is safe at Red Bull, despite failing to match Verstappen, Red Bull wielded the axe on Monday.

The team announced that Gasly, who had managed only a third of Verstappen’s points, would be heading back to Toro Rosso with his place at Red Bull going to Albon.

It is a huge promotion for the Thai-British racer, who was a late call up to Toro Rosso this season.

Albon, though, faces a tough task going up against Verstappen.

“Good luck to Alex, he’s arrived in F1 in great style, but will need every tool and trick in the F1 drivers’ repertoire to survive in Max’s lair,” Brundle wrote on Twitter.

“With the star maker/grim reaper forensically observing his data.”

Even Red Bull team boss Christian Horner concedes it is not easy for anyone to be measured against Verstappen,

“I think it’s very tough,” he told the Express. “If you go up against Verstappen at the moment – for me arguably he is the most in-form driver on the grid – that’s an enormous barometer for any driver to go up and be measured against.”

“As a competitor, you always want to measure yourself against the best that you can.”

As for Gasly, he is back at Toro Rosso with Brundle pointing out that all hope has not been lost for the Frenchman.

He said: “Commiserations to Pierre, but he rides again and is still in the game.”