Home News Albon not yet included on provisional 2021 entry list 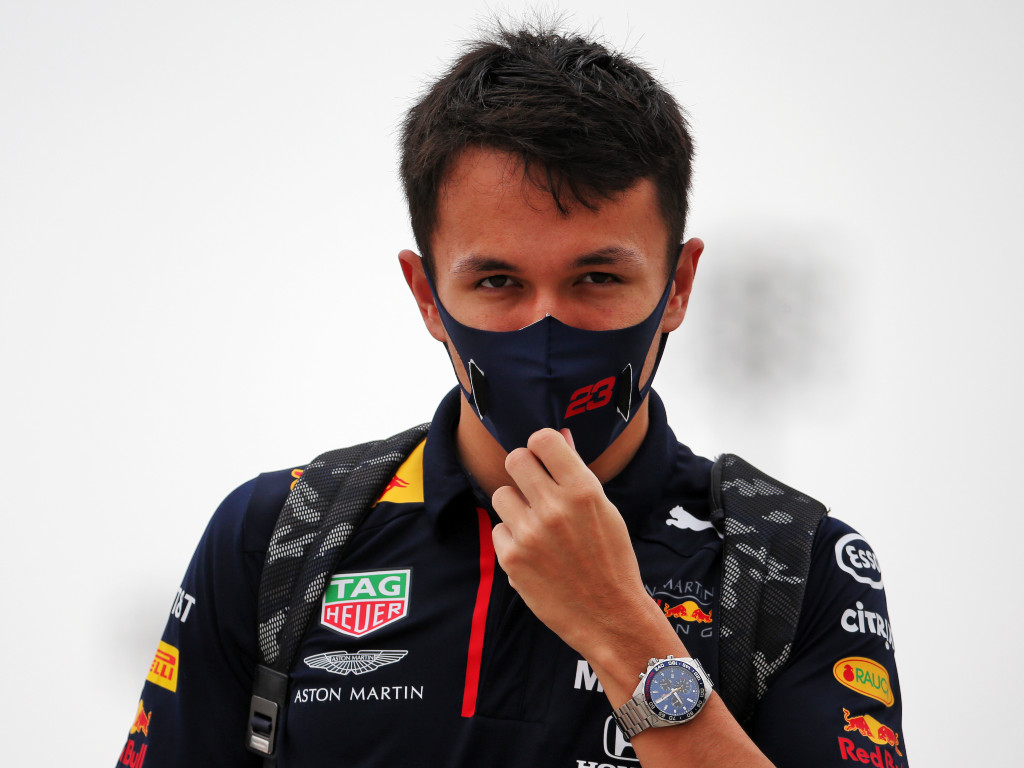 The FIA has published the provisional entry list for the 2021 Formula 1 season with Alex Albon the most notable omission.

The official document means a whole number of planned changes have been ratified. The Alpine F1 Team and Aston Martin BWT F1 Team are now fully-fledged entrants, while Fernando Alonso, Nikita Mazepin and Mick Schumacher are all listed amongst the various driver changes for the 2021 season.

But the entry list is yet to be completed as there are two ‘TBA’ slots at both Red Bull and sister team AlphaTauri. It is widely expected that Yuki Tsunoda will replace Daniil Kvyat at AlphaTauri, while Red Bull are set to make a decision within the next couple of weeks on whether to retain Albon or replace him with free agent Sergio Perez, who has been let go by Racing Point to make way for Sebastian Vettel.

“We don’t want to jump to any conclusions. The decision will be made in a few days.

“Perez has been on our radar for the whole second half of the season. I will fly to England on Monday, there will be a decision before Christmas at the latest.” 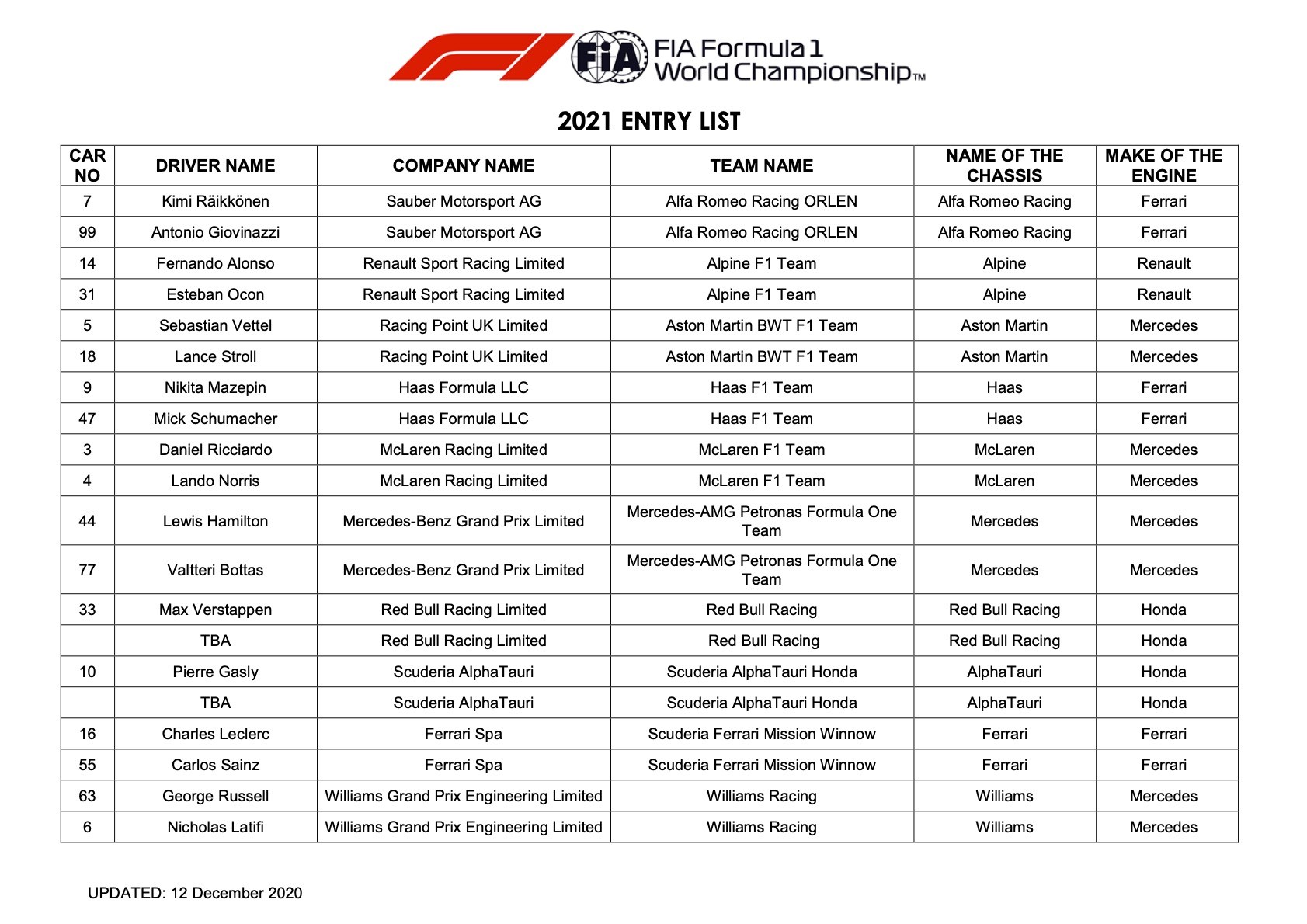 Lewis Hamilton, meanwhile, is a confirmed driver for Mercedes on the 2021 list despite no official announcement about a new deal with the Silver Arrows. His current one expires at the end of the month.

Asked why Hamilton features on the entry list at this stage, Wolff said: “I was thinking who to put there, Lewis or myself. But at the end I opted for Lewis. Hopefully soon [there will be confirmation].

“We were delayed by him being unwell, and I think that is not the right time to sit down. We were planning to sit down that other week.