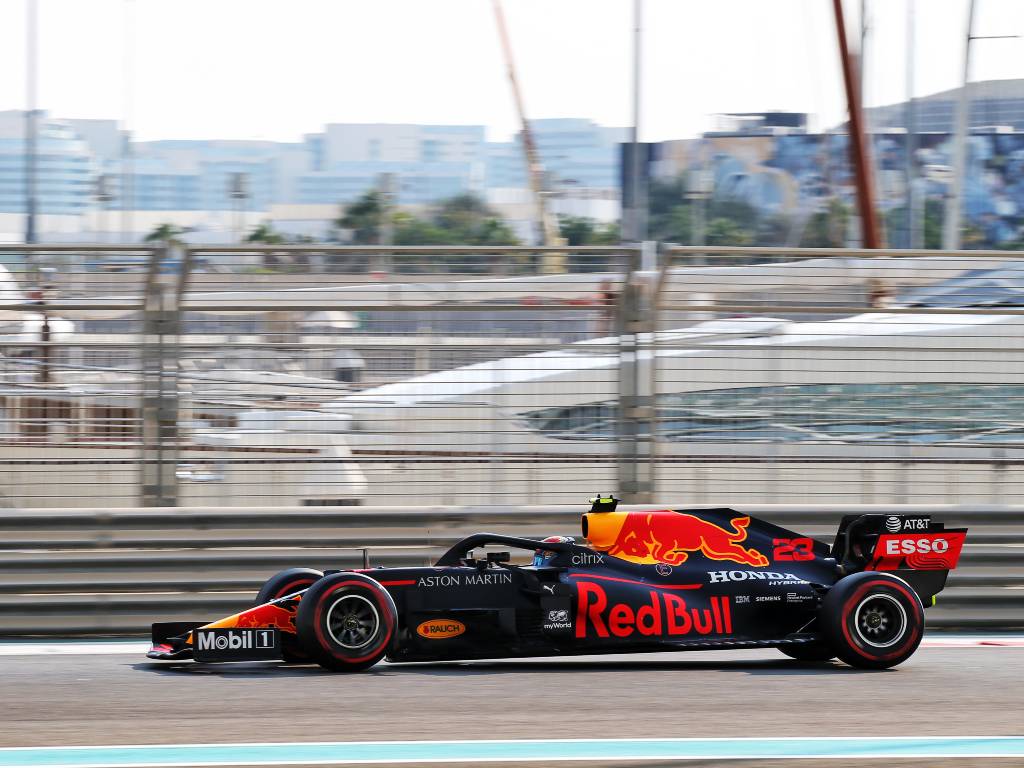 Alex Albon felt he had produced one of his best qualifying performances of the year – but was still frustrated with a P5 start for the Abu Dhabi Grand Prix.

The Red Bull driver is battling to save his seat for next year and did his prospects no harm by looking like he was in the mix for a front-row start after the first run of Q3.

But ultimately, it will be the third row for the London-born Thai, just behind McLaren’s Lando Norris, after his Red Bull team-mate Max Verstappen snatched pole position right at the end ahead of Mercedes duo Valtteri Bottas and Lewis Hamilton.

It was better than many of Albon’s qualifying displays this year, which have contributed to his job being in jeopardy, yet he felt there had been more in the locker.

🗣 "It was super close out there and the gap was the closest it’s been all year." @alex_albon on #Quali at the #AbuDhabiGP 🇦🇪👉 https://t.co/m5DR5hbWUL #F1 pic.twitter.com/97AaJzv6Ey

“Honestly, it wasn’t bad. I felt like it was probably one of my most competitive qualifyings this year,” said the 24-year-old in his interviews with Sky F1 and the Formula 1 website.

“It was okay, just disappointed with run two because it was looking pretty good on the first run.

“Then on the second run in Q3 I didn’t quite hook up the lap, went wide in turn one, just pushed a bit too hard and the rears got hot through the lap. That’s one of the things with these tyres if you have a bit too much wheel-spin in one place. The rest of the lap we were playing catch-up, so it’s frustrating.

“The car was good. It was close out there. The Mercs weren’t as quick as possibly everyone expected them to be, so it was all to play for. Just frustrating because it was looking good from the beginning.”

With Sergio Perez ready and waiting to be offered a chance by Red Bull, whose head of driver development Dr Helmut Marko says a decision will be made before Christmas, Albon knows a strong result in the 2020 finale could be a huge shot in the arm for his prospects.

“It’s been a good weekend for us, so we just have to focus on the race and keep going,” said Albon, who has finished on the podium twice this season.

“Of course there’s a McLaren in the mix which is a bit frustrating, but we’ll focus on a good launch and try to be in there to disturb the Mercedes strategy.”