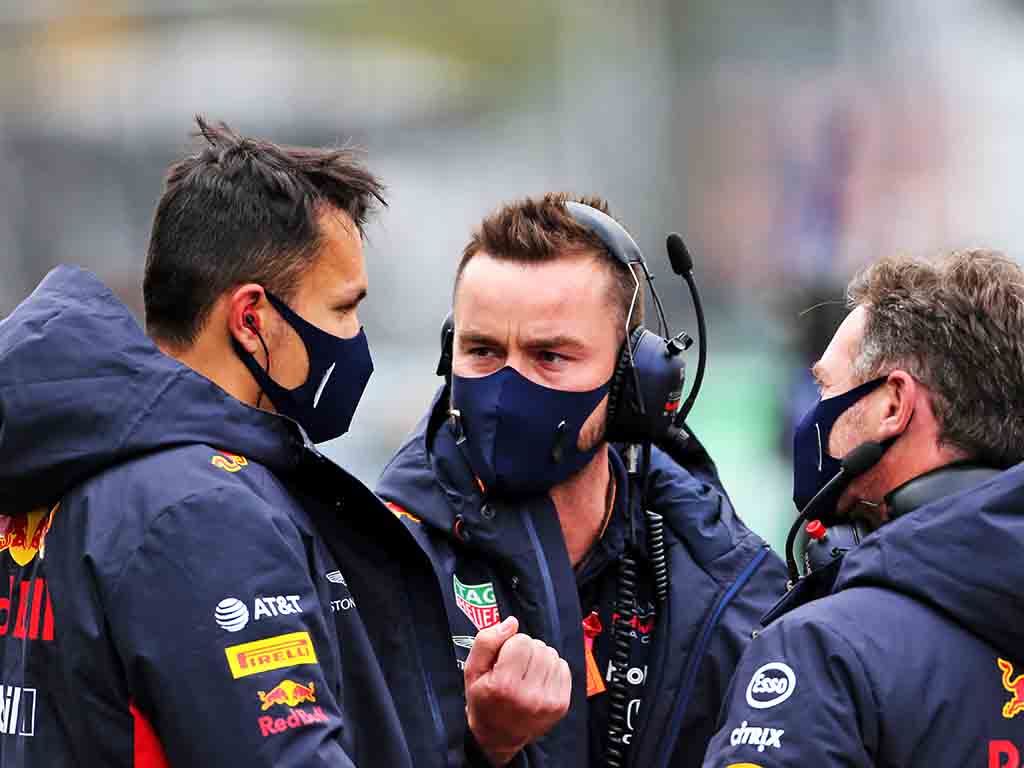 The pressure is building on Alex Albon again at Red Bull after he had a race to forget at the Eifel Grand Prix.

Lining up from P5 on the grid at the Nurburgring, Albon suffered a huge lock-up in the opening stages of the race and flat-spotted his tyres.

With Plan A out of the window as a result, Albon, already on the back foot, then knocked Daniil Kvyat’s front wing clean off which won’t have gone done well with both the senior team and the junior team at AlphaTauri.

Albon almost had a coming together with Pierre Gasly, too, before being served with a penalty for causing a collision with Kvyat.

However, instead of serving the penalty, Red Bull retired the car after they spotted a power unit issue.

“It has been a sorry old day for him,” Paul di Resta said on Sky Sports F1.

“They need more from a number two driver because with the Constructors’ Championship, the fact that Mercedes can win it in a couple of races, yet Max is within 10 points of Bottas in the Driver’s standings, it shows you the job that can be done with that package.

“He has been slow, done so many mistakes out there today, and that is the opposite of what he needs at the moment. He needs a good result to secure his seat and with today it doesn’t look like he is going to be able to keep hold of it.

“It’s a pity because he is likeable and we know he can drive well.”

The Team spotted a PU issue with Alex's car which is currently being investigated #EifelGP 🇩🇪 https://t.co/YELuXrWGgM

“Yeah we wouldn’t have boxed if there was no issue,” Albon said in the Nurburgring paddock, with some lingering doubt over the real reason behind Albon’s retirement.

“Obviously we had the lock up in lap one so just compromised the race really. It was a bit of shame because the car was quick.

“I don’t quite know how it would have worked out but with Valtteri [Bottas] having his issue…who knows. The pace in the car was there.

Asked about his contact with Kvyat, he said: “Well we had a good restart. Daniil ran a bit wide at the chicane and yeah there was bit of misjudgement on my side.”