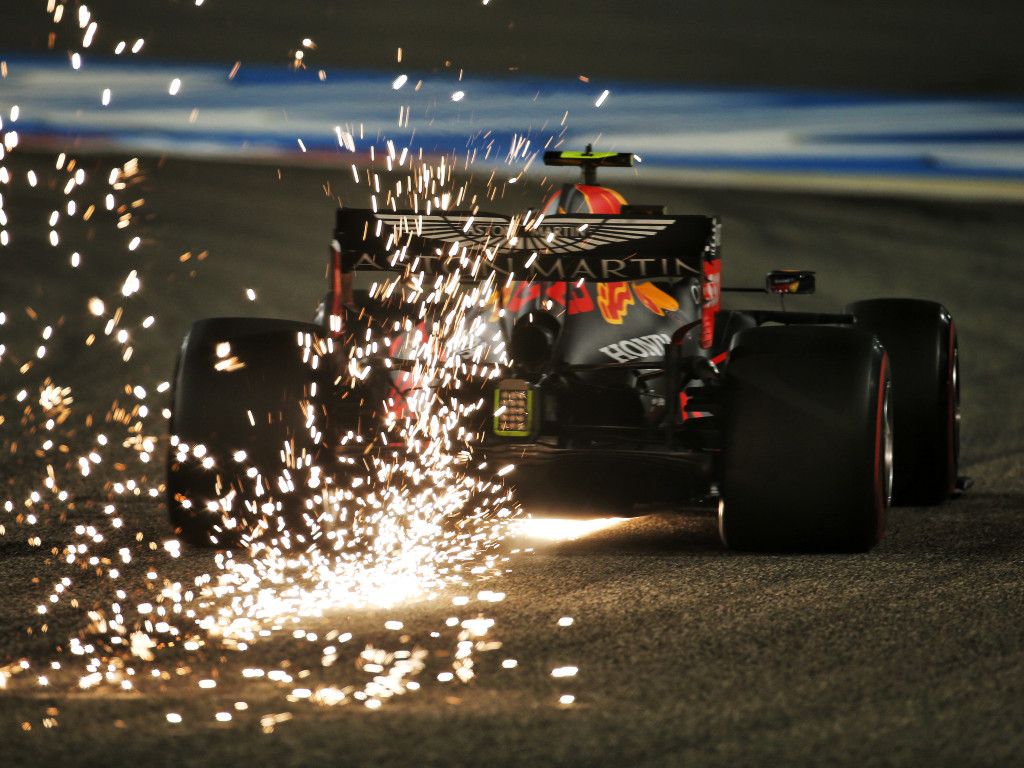 Alex Albon is heading into the Bahrain Grand Prix with the intention of annoying the Mercedes duo of Lewis Hamilton and Valtteri Bottas.

There were no answers to Lewis Hamilton as he took pole for the Bahrain Grand Prix, the 98th of his career, while Valtteri Bottas saw off the threat of Max Verstappen to make it a Mercedes front-row lockout.

However, Verstappen’s cause from P3 could potentially be helped by having his Red Bull team-mate alongside him in P4.

And Albon hopes he can mingle with the trio and “annoy” Mercedes in the Bahrain GP.

“Obviously 24 hours ago it was a bit doom and gloom, but honestly I was confident in the car, it was just a silly mistake,” he told Sky F1, referencing his heavy crash in FP2 which prompted a chassis change.

“And coming from FP3 you know straightaway the car feels good, everything feels normal, of course it’s always a little bit different with a new car, but it was okay.

“Honestly P4 was possibly where we were, but of course I want to be closer, I want to be fighting up a bit more.

“But we’re starting up at the front, hopefully we can mingle in and annoy Mercedes.”

Although he will start alongside Verstappen on row two, Albon was still six tenths slower than the Dutchman at the end of qualifying.

Asked where he needs to improve to compete with Verstappen, Albon replied: “I know, it’s basically little bits everywhere. I have to do a perfect lap to get him really.

“It’s not one thing when you are up against someone quick, it’s just these little things.

“And I’m sure if he watches his laps, there’s not one bit of tarmac that he’s not using. He’s absolutely on the limit everywhere.

“It’s just that confidence, it’s being able to push it that hard all the time and not only that, but it’s also about pushing but still keeping the tyres alive which is really difficult.

“What I see is a great way to improve as a driver. Pierre [Gasly] he hasn’t just gone slow and quick, he’s always been quick.

“And it’s just about benchmarking and improving, and just seeing where the lap time is. And something which is really good to have Max as a team-mate for is to be able to compare and see where he is fast.”