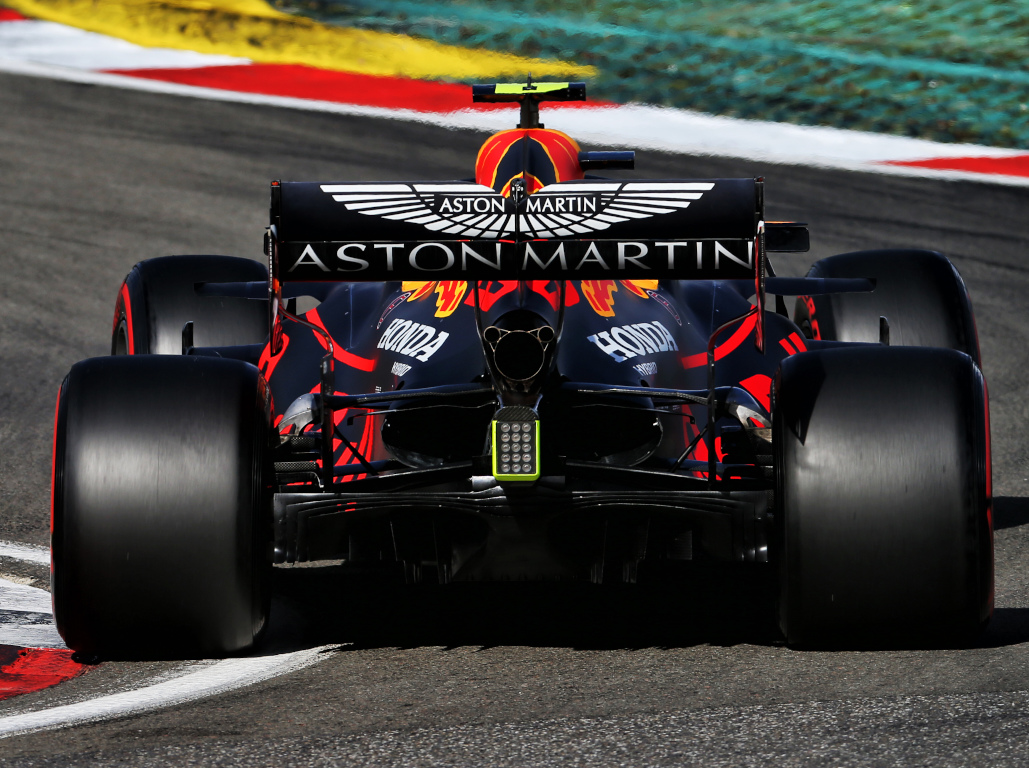 As his Eifel Grand Prix went from bad to retirement, Christian Horner says debris cost Alex Albon a shot at the podium.

Albon started the 60-lap grand prix at the Nurburgring fifth on the grid but lost places when he flat-spotted a tyre and had to make an early pit stop.

His efforts to recover weren’t helped when he tagged Daniil Kvyat, taking off the AlphaTauri’s front wing and earning himself a five-second time penalty.

Between the time of the contact and the issuing of the penalty, he also tussled with the other AlphaTauri of Pierre Gasly.

Pitted to take his penalty, Red Bull opted instead to retire the car having found a hole in the radiator.

Team boss Horner reckons it was caused by debris.

“He had a big lock-up into Turn 3 on the opening lap and our concern was that he had gone pretty much through to the canvas,” the Brit told Autosport.

“We were seeing vibrations increasing to the point that it was past our threshold.

“So from a safety point of view, we had to pit him at that point.

“He then started to make good progress back through the field, but was very unlucky in that he picked up some debris that has pierced the radiator on the cooling circuit, and we just saw our temperatures starting to go sky high.

“Before losing an engine it seemed we had no choice but to stop the car.”

Albon pits, but instead comes in to retire! Four cars now our of this race#EifelGP 🇩🇪 #F1 pic.twitter.com/pfWFtH1DTF

The team boss says Albon’s retirement was disappointing as he was on course for a good result.

So good in fact that Horner reckons the Thai-British driver could have been fighting for a podium result.

“I think he would have been racing [Sergio] Perez and Ricciardo even with that flat spot and early stop.

“It was a shame for him not to see that come to fruition today, because he’s had a pretty sensible weekend.

“He was almost on the second row of the grid, a few hundredths of a second off that, he was a lot closer to his team-mate than he was in Russia.

“So I think it’s a shame that he didn’t get a result out of today, because I think there was more to come.”