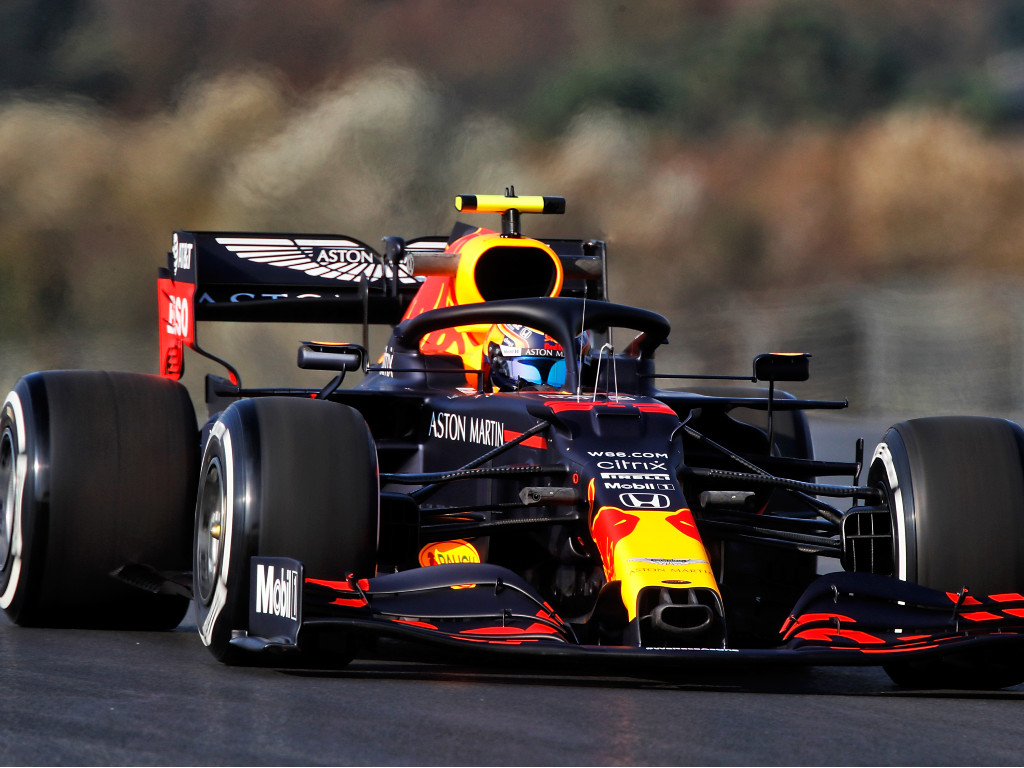 Alex Albon feels using the softest tyres and race fuel levels may be the only approach for qualifying at the Turkish GP.

The new, shiny surface at Istanbul Park made both the morning and afternoon Friday practice sessions more like Formula 1 on ice than a traditional grands prix.

Lewis Hamilton called it “sh*t with a capital s“, while Lando Norris called Friday practice “drift school” on his birthday.

But for all the fun and at often times scary moments, the point is approaching fast where serious consideration needs to be made towards qualifying on Saturday and how the drivers are going to find enough grip to post a competitive lap time.

And Albon, who finished the afternoon P5 in his Red Bull RB16, thinks everyone may have to use the softer tyres and fuel their cars like it was the race to get the best out of qualifying.

“It was a positive day and it’s always fun to try out a new track,” he said in a Red Bull press release.

“In FP1 and FP2 it was more like an ice rink out there and a bit weird because it’s not a normal feeling driving what feels like a drift car.

“You’re just sliding around which of course is a bit fun in a way but it’s also not what an F1 car likes!

“In order to switch the tyres on and get them to work you’re having to push way out of your comfort zone so it’s tricky.

“We expected the softer compounds to maybe make things a bit easier in terms of grip but they didn’t help as much as we thought so I don’t know what teams are going to do in qualifying.

“It feels like we might all have to put softs on and fuel the cars up for a race run and just keep doing laps!

“We’ll look at everything tonight and then with the conditions tomorrow, let’s see what happens but all in all it was a good day.”

Albon’s team-mate Max Verstappen, who finished fastest in FP1 and FP2, said he was still “miles off” of his true performance.

“But I think overall for us it was quite a positive day, the car was working quite well so pretty happy with that.

“It can’t get any worse basically, than the start at FP1, so we are still miles off, it’s still like driving on ice.

“Worse than Portimao by far, but at the end of the day it’s the same for everyone so we just have to adapt to it.

“I hope it’s not going to rain because then it will be properly like driving on ice, so maybe we have to switch to spikes or something on the tyres, that would be quite interesting.”