Home News Horner: ‘We all still believe in Albon’ 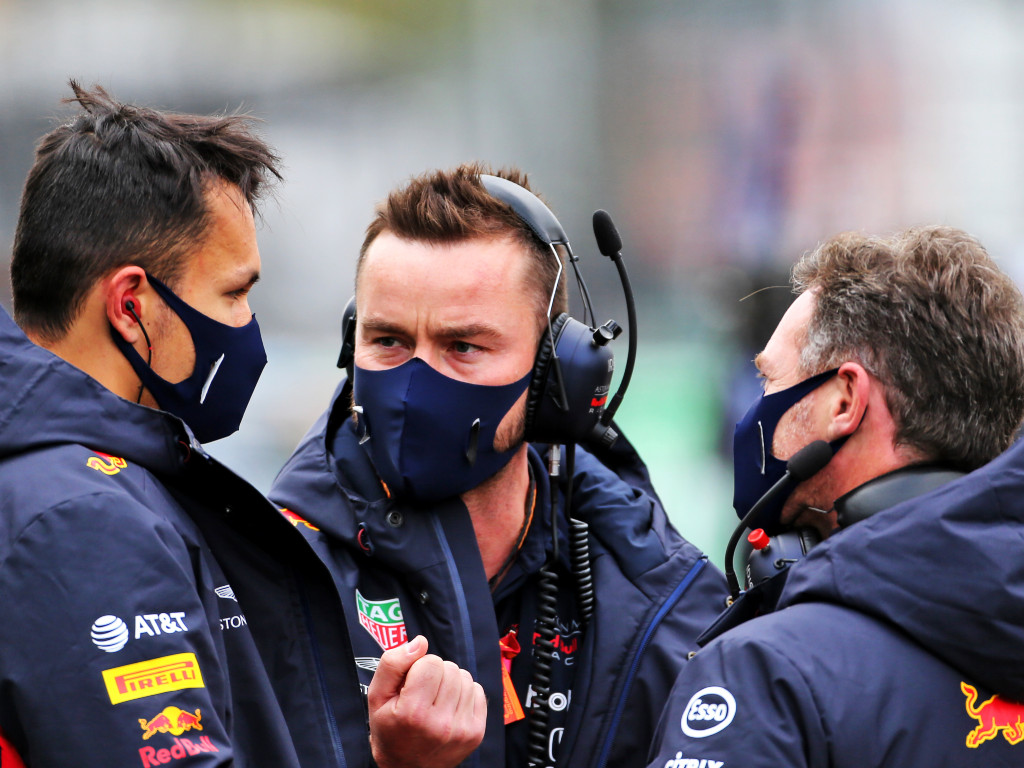 A first Formula 1 podium at the Tuscan Grand Prix has failed to ignite Albon’s Red Bull career and the Thai driver did little to ease the pressure by missing out on the points at the Portuguese GP while team-mate Max Verstappen finished P3.

“He had a tough afternoon. It was difficult at the start with those issues getting the soft tyre turned on,” Horner admitted to Sky F1.

“But he came around the first lap in P11 and you think ‘okay, well start getting the temperature and start to build it up from there’, but he got stuck in the train.

“And then his tyres started opening up, a lot of graining, so we pitted him and went on to the mediums.

“He started to have reasonable pace, he caught up to the back of that group but then he started to wear through the tyres to the point where they had to stop again, we couldn’t have gotten to the end.

“And then we put another set of softs on, but obviously he was too far back to catch up, so a tough afternoon for him today.”

Pierre Gasly in the AlphaTauri meanwhile enjoyed a superb afternoon, improving four places from his grid spot to finish P5.

And with that performance came further questions for Horner as many ask why Gasly doesn’t appear to be in pole position to regain his Red Bull seat that he lost to Albon last year?

“I think Pierre is doing a great job and he drove another great race today, some great moves,” said Horner.

“You can see his confidence is there, that AlphaTauri car is an easier car to drive, it was an easier car last year when Alex stepped out of it that was one of the first comments he made.

“But I’ve got no reason not to think that if the tables were turned it would probably be the same situation. I think Alex in that car would probably perform equal to that as Pierre is at the moment.

“We have so much information on these drivers, and the characteristics of our car are very different, and that’s something that Alex in certain conditions is struggling with as Pierre did 12 months ago.

“So that’s obviously something we need to work on, but you can see in difficult conditions the segregation between the drivers, whether its [Charles] Leclerc and Seb [Vettel] at the moment or even Lewis [Hamilton] and Valtteri [Bottas] in the race there, you see quite a big offset and that’s obviously what we’ve seen again today.”

Records are there to be broken 🏁 Congrats to @LewisHamilton on a record-breaking 92nd #F1 win 👏 #PortugueseGP 🇵🇹 pic.twitter.com/OxXzzCRRdu

While Albon is struggling badly to get the best out of the RB16, Verstappen is arguably outperforming it, meaning changing the philosophy of the car in Albon’s favour would make no sense.

So how do Red Bull go about making Albon more comfortable in his car?

“Quick cars tend to be difficult cars to drive, Max is showing what the car’s potential is and we want both drivers obviously to be up there,” Horner explained.

“We need to get Alex to a point where he’s within a couple of tenths, as Valtteri is with Lewis so that it gives you different strategic options in the race.

“Everybody is doing their very best to try to help Alex find a setup, to find a balance that he’s got confidence with because we all still believe in him, he’s a great kid, he’s got great talent, and obviously he’s only in his second year of Formula 1 and everybody is rooting for him to really claim that seat, but obviously today has been a really difficult day for him.”

Asked when Red Bull must make a decision on their 2021 line-up, Horner replied: “That moment in time is converging, within the next few weeks.

“We know the options that are available to us and we want to give Alex every opportunity to find his form and claim that seat.”