Home News Albon: ‘Not as fun in the car as it is on TV’ 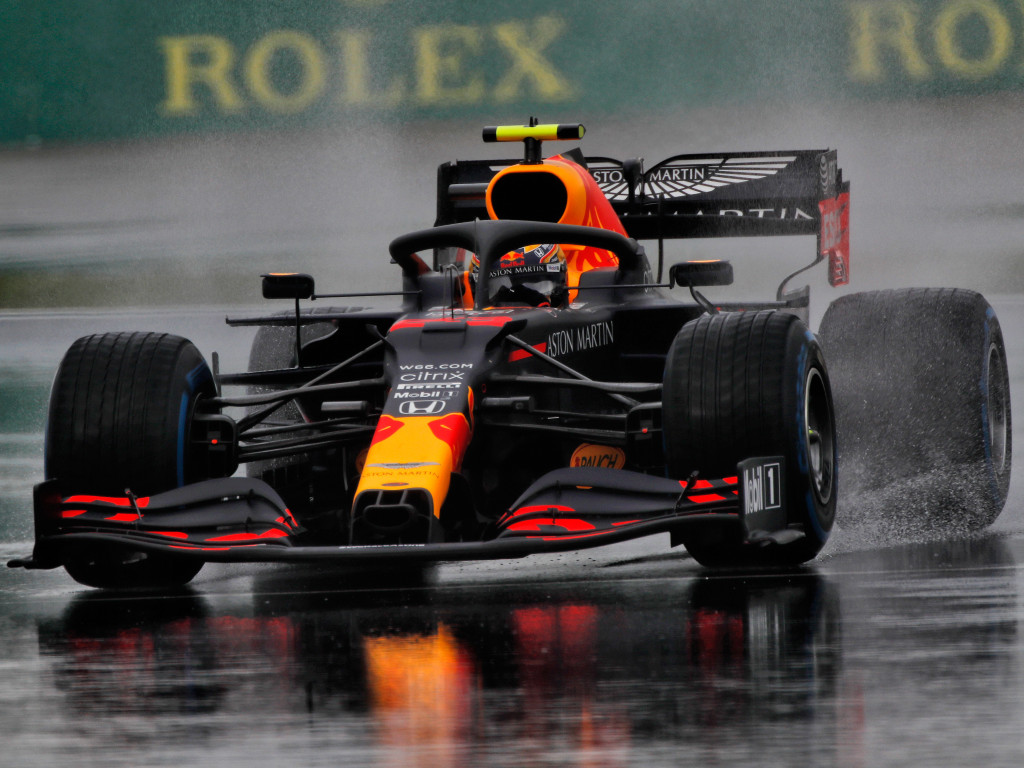 Red Bull’s Alex Albon was thankful that qualifying for the Turkish Grand Prix came and went without a major incident.

Heavy rain fell throughout Saturday at Istanbul Park causing qualifying to be red flagged at one stage as the conditions became unmanageable.

Driving on that new slippery tarmac was difficult enough, so when rain was added into the equation drivers were using every ounce of their talent just to keep their cars on the track even at low speeds.

Albon would ultimately qualify P4, but he was more thankful that nobody got caught up in a serious accident.

“I can understand why people enjoy it, I would enjoy it if I wasn’t driving,” he told Motorsport.com.

“I could tell you it’s not as fun in the car as it is on TV. When you’re shifting to sixth gear, even seventh gear in the wet, and you’re getting wheelspin and the car is aquaplaning across the track, that’s not very fun.

“It’s more about the danger of it, more than anything else. I think we’ve been lucky not to have a big crash today. We’ve had some close calls obviously, coming into Turn 3.

Albon felt he could have done better than P4 though if Red Bull hadn’t have made the decision to switch him onto intermediate tyres for Q3.

“It felt good until Q3, I struggled to get the tyres working, I think compared to other cars out there, especially on the extremes. And it was quite nice to drive, obviously following other cars, you can tell how difficult it was for some teams,” he said.

“Then come to Q3 once the inters came on – actually, to be fair, I think we most probably saw it coming a little bit on that Q1 run, a couple of cars and I would say only really Racing Point and maybe Lando, were the only ones who could actually get a time out of the inters. We had to box straight away, and put the extremes on.

“And it was the same thing when I went out in Q3, it was the same problem where I just couldn’t switch them on. And it’s kind of that thing, literally like one lap to the next you feel a peak of grip.

“But it never really came. So a bit frustrating, because obviously the whole weekend has been looking pretty strong. And I’ve been happy with how it’s been going. So to be P4 is in one respect worse than it should have been.”

The delay in Q1 meant that the break until Q2 was short and sweet, but Q1 had ended with Williams’ Nicholas Latifi beached in the gravel.

Of course there were time constraints with darkness not too far away, but the FIA’s decision to start Q2 under yellow flags while marshals and the recovery truck removed Latifi’s car was a very controversial move.

Memories of the injuries which Jules Bianchi suffered during the 2014 Japanese Grand Prix after going off in the rain and hitting a recovery truck, which ultimately led to his death, are never far away.

And Albon wasn’t happy at all with how the FIA started Q2 at the Turkish GP, but hopes it was just a miscommunication.

“That wasn’t very good,” he admitted.

“I imagined that we were trying to make sunset. And we rushed everything. But that was silly. And I’m sure we could have waited another five minutes for a crane to move.

“I think there must have been some misjudgement between them, because there’s no way they did it on purpose.

“I mean, it was just hard to understand where the decision came from, because the crane was still on track, lifting Latifi, and we got the call out to go on to the track and wait at the end of the pit lane.

“I was expecting like a five minute signal. But it was one minute to go to green. And I was like, okay, they must have moved that crane pretty quickly. But obviously, it didn’t have enough time.”